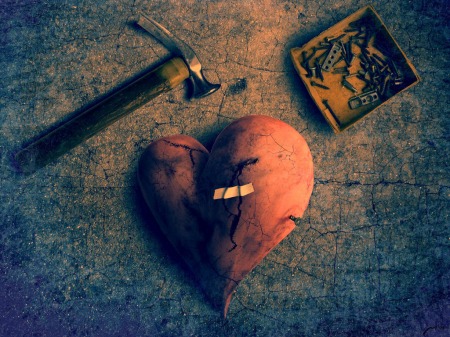 I sure have a lot of questions asked to me about relationship lately. So far, I have talked about courting period, breaking up, rejections, long distance relationships, and much more. So let’s add another one to the list: chasing the same girl. Is it ethical? Probably. Not.

In a chat, a male friend asked what I thought about love triangle, i.e. two guys liking the same girl. My response?

“If both guys are friends and from the same social circle, they ought to sit down and talk about it – you know, about who is going to strike and who is going to back off. Of course, the girl’s feelings should be put into consideration as well,” I replied.

Apparently, he thought my reaction is a bizarre thing to do. Maybe you thought this way too.

“Seriously? Wouldn’t girls hate it if guys back off just like that? It’s like they have no will to fight over the girl at all,” he said.

“Well,” I paused, trying to construct my sentence, “If the guys decide to fight there will be someone who will lose both a friend and a girl.”

And I see it right then and there. It is not only about getting the girl. It’s about pride.

Men are proud beings. Haven’t you figured that out yet? A word of advice to the girls: find a guy who want to lay down his pride for you, instead of defending it.

Here’s a real life case study that happened about a year ago.

There was Boy A who met Girl Z, and he immediately liked her. However, during a meal with some friends a couple of days later, Boy B apparently liked her too. Boy A and Boy B were friends, good friends, housemates even. What to do now?

It was apparent that Girl Z liked Boy B instead if A, so both boys sat down and talked about it. Boy A relented, backed off, and gave the opportunity to Boy B, despite him liking her first. A couple of months later Boy B and Girl Z got together, and they were all still good friends towards each other.

Think about this case for a while. What would happen if Boy A stubbornly chased after Girl Z?  He might have caused more tension, more broken hearts, more misunderstandings, and in the end Girl Z would still choose Boy B. Sure, he would have a chance to fight, but for how long? In the end, he would lose both of them.

It was a lose-lose situation.

A good commander of war knows when to retreat before striking the next day, and the ones who blindly and persistently try to win the war despite the odds would fall.

There are some risks in this world that should not be taken.

I have written before about giving up and its correlation to being strong and weak. There is none. Sometimes giving up may be a weak thing to do, sometimes it is a strong thing, and even the right thing.

If you have watched the movie This Means War, you should know that I do not agree with the principles portrayed at all. The two best friends shouldn’t be fighting to death to get the girl, while the girl shouldn’t be playing with both parties to see which one is better.

Well, I admit, sometimes in this situation girls can be very mean and pretend to not-being-able-to-choose-between-the-two as she likes them both and does not want to lose either one. This is unethical. There is a consequence in each choice, and these girls just wouldn’t want to face that.

In addition, not all girls would think of the guy backing off as a pathetic loser who doesn’t have the will to put on a fight. Some may think of it as a noble thing, as the guy respects both his friend’s and the girl’s feelings.

Back to my friend.

“I think guys prefer to lose a friend and the girl just to defend his pride and give a fight. However small it is, there might still be a chance that the girl would choose him,” he said.

“True, but if it’s the case there must be a certain deadline on which the girl should make her decision. It can’t go on forever. And I don’t think it’s healthy. And the boys should talk about their intentions to each other and play the game fair and square. No back routes,” I said.

“Fair enough,” he replied. “But not all would be man enough to do that.”

Ah, all is fair in love and war? If only it isn’t.

Have you ever chased the same girl with your friend? What do you think is the best way to approach this matter? Share your thoughts in the comment section below.

Ps. That being said, there are a lot of other cases on which a guy should fight over the girl for whatever reason. The other guy being a jerk, for instance. Each case differs from the other, yet generally speaking…