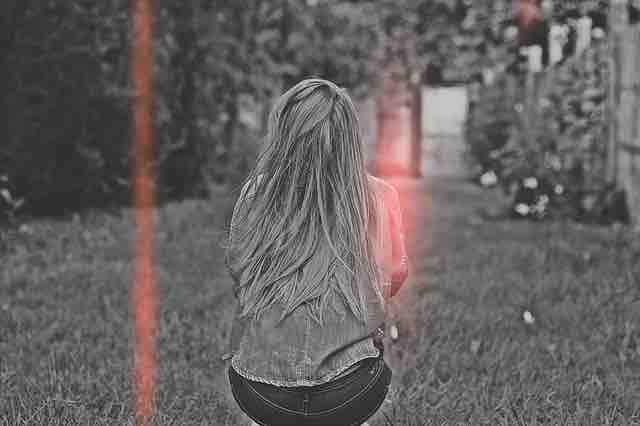 My whole life I’ve always thought that I’m bold and courageous – the type of person who cares nothing about what others think of me.

I’ve always seen myself as that girl – the one who swims against the current, goes against the crowd. I grew up with two genius sisters: my first sister has a PhD in BioScience and my second sister is a medical doctor. I chose Arts.

If that’s not going against the current, I’m not sure what that is.

Where all my friends are doing business, engineering or IT, I decided that I like writing. I hate being looked as the ‘stereotypical kid on the block’, or the one who just harnessed her birth privileges.

I want to make it in the world. One day, I’ll have that book published.

Even the name ‘Marcella’ means brave. Once, I yelled at my male high school friends for some reasons that I couldn’t quite remember. I had a temper, and I wasn’t afraid to show it. I stood for my not-so-ideal ideals.

Fast-forward six years, and that same girl scored 96 per cent on agreeableness.

Having a degree in Psychology, I’ve always been fascinated with personality tests: I did the Big 5, Gallup’s Strengths Finder, the 16 Personality Factors, and random-quizes-on-the-internet-that-show-what-kind-of-person-you-are. I constantly find ways to know and understand more about myself, which I think, is the occupational hazard of being a writer.

In one of my Psychology subjects, we were told to do an experiment where one person looked up at a random thing and just stared at that for a minute. Then, more people joined in to look up at that random thing. By the end of the experiment, we were to count how many passers-by looked up even though there was absolutely nothing there.

It’s an experiment that’s designed to prove conformity but makes you look like an idiot. And yes, there were a lot of random people looking up, asking us what are you looking at and being so puzzled by our little experiment.

Anyway, this means if everyone loves Timberland boots, you ought to have one. (I do.) This means if seven other people in the table says that one plus one equals to three, you are over thirty per cent more likely to answer three. (Don’t believe me? It’s a real, infamous social psychology experiment by Solomon Asch.)

Yes, I’m agreeable. I love harmony. I try to avoid conflict where I can. And lately I realised something: I might be conforming more than I should have.

In tutorials, I tend to bow down my opinions to others’. My manager at work tells me that I should learn the art of saying no, especially to him.

I’m the girl who smiles and tries to fit in. I’m the one who tries to fake my 17 per cent interest of the books that win awards last year to 83 per cent. I’m the one who, if someone in the group talks about something I don’t agree with, just shrugs it and moves along.

And probably write the thing in my blog after I get home and have time to really think about it.

Psychology has always shown how important it is for us to feel belong, to feel like we all fit in. But truth is, sometimes, I’m tired of being this girl.

Sometimes, I want to say what I think and what I feel about certain issues and have a rational discussion about them. But of the rare couple of times that I did, I ended up having an unrealistic, emotional argument about some political issues because we couldn’t agree to disagree. Sometimes, I want to include myself in the debate. But most times I witness that some people just couldn’t take losing their grounds.

So I shut up. I become agreeable, probably more because of I-know-where-this-argument-is-going-and-I’m-too-lazy-to-go-there, not because I have no guts to say what I need to say. (Okay, probably there’s a thing or two about guts somewhere there too.) Probably it’s because I want to be likable, but that’s an altogether different blog post. It’s not ideal, but hey, it saves me my already depleting finite amount of energy.

Then again, what if I end up compromising my values just because I’m so used to being agreeable? Will I do so on the most important things in life?

I understand the importance to be agreeable. But I’ll try to speak out more and not just write about it more, because one day I don’t want to find myself agreeing for the sake of being agreeable on the things I know are wrong.