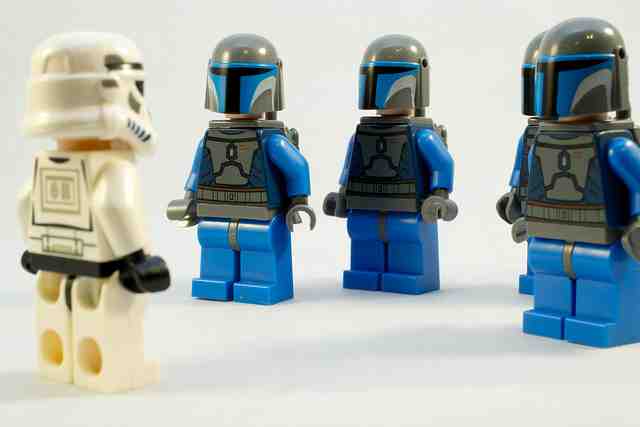 Confronting people is not something that I’m good at. In fact, every opportunity I have I always try to not get into a debate or argument. You know, make peace, not war. I’d say that I’m a fairly agreeable person, although that has not always been the case.

Looking back, I thought I’m always the type of person who say what I mean and mean what I say. Throughout high school, I thought I had that reputation of not succumbing to care of what others thought about what I did. Sure, I’d offend people along the way, but I didn’t really care. Well, probably I’ve changed.

As I mentioned in the last post, I think I’m a nice person, especially in work and university setting. I think it’s just common courtesy to extend patience towards others, but this semester has tested me more ways and times than I could imagine.

So. About confronting people.

I was involved in a group project that required the four of us to do a paper and a presentation together. And I found it really hard to tolerate one groupmate.

She submitted her assigned part of the paper late. She seemed a bit distant in the discussion, I was not quite sure why. She came one-hour late to our first meeting. She gave minimal effort towards the paper and presentation.

At first, I thought that so far she had been a friend, so I decided to just suck it up for a couple of weeks until the end of the assignment. If I confronted her, I would still sit at the same tutorial with her for the rest of the semester. It would be very awkward, to say the least.

But I was wrong.

I was doing the final editing of the paper when I realised that her part lacked explanation on the subject. I then checked back on the references to add another sentence or two. You could imagine my surprise when I discovered that the section she had sent, roughly about two hundred words, was copied and pasted directly from the source.

The other groupmates and I predicted that she had some issues on managing her assignment workload. That was why out of the 2000-word report, we only asked her to work on one section. And she had copied and pasted it.

And I found out before I was about to submit the paper.

On one hand, I was thinking how lucky I was to actually find this mistake before submitting the assignment. On the other hand, I was furious because she was determined to let the mistake slip – if we didn’t find out, she would just stay quiet.

I had enough covering for her. I asked my sister, my partner, my good friends for advice and they all said the same thing: you should confront her. So I did.

I sent her an email asking her to redo the paragraphs as they were the same as the references. Then I asked whether she had issues in working in a group setting, as she didn’t seem like she was coping very well.

To her credit, she did redo the paragraphs, and mentioned that she was undergoing some tough times. It dissipated the anger a little bit, but not nearly enough. Her actions were still wrong.

After all was said and done, I was proud of myself in sending that email, even though I should have known better and raised this issue since the start of the group project. If should have created meeting minutes, became that nagging person who demanded the work to be done and distribute fair workload to each member.

But I was being ‘nice’ – tolerating, forgiving, swallowing my complaints, giving the benefit of doubt and covering others’ workload on my shoulder. Yet being nice has nothing to do with all these.

In all frankness, my sister said that I was just being plain stupid. Perhaps as an Asian, I still found it hard to voice my concerns. My sister told me that I should know when to be ruthless, and when I should stand for myself and not let myself being stepped on by others.

There’s an art in confronting people the right way, and it doesn’t mean that you’re being a jerk. Most often than not, it’s the right thing to do.

Summing it up, my boyfriend aptly said to me after I told him the story, ‘Welcome to the real world.’