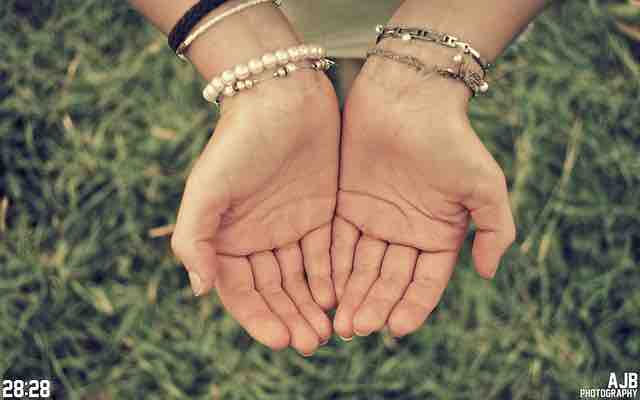 Growing up in Jakarta as a part of the minority, I wasn’t really taught to be nice to strangers. When someone asks for help, ignore them – most probably they are wanting to get your money or to kidnap you. When someone asks you a question on the street, pretend you don’t hear them – you might get hypnotized.

No, I’m not joking. And it’s not a fear without reasons too. One of my parents’ friend’s child was hypnotized and almost got kidnapped – true story. Luckily she was found by someone who knew her before the kidnapper could do the action.

The first thing my Mom always tells me when I go back to Melbourne is, ‘Remember, don’t go out for coffee alone too often. Don’t speak to strangers.’

I can’t and don’t blame her. We live in Jakarta: the perfect place to grow up with a lot of prejudice, just because.

Moreover, being the minority (I’m Indonesian of Chinese descendant, third generation) does not help. Too many assaults and discrimination against Chinese Indonesians have been happening, and as a result, we always exercise caution. Don’t trust people easily. Don’t believe those who help you without agenda. It’s a dog-eats-dog world out there; you have to take care of yourself.

That said, my Dad always teaches me to be generous and to help people – whenever he can, he gives money to every janitor that he meets. But giving money away and helping people, I find, are not the same thing.

I don’t talk to strangers here in Melbourne. I am not that nice to them. Sure, I still offer my seats on the tram to others, but that’s about it. Like, in Jakarta, being nice to strangers is somewhat unheard. If someone offers to help you bring your heavy groceries, at the back of your mind you think that he would run away with all those plastic bags. True story.

In Melbourne, however, I find that even strangers are nice. As I’m writing this, I am on my way to the airport to catch a flight home to Jakarta. I’m boarding on a bus that’s full and a stranger stands up straightaway and offers his seat to me. No one’s going to do that for me in Jakarta.

So here I am, sitting down, beginning to remember random acts of kindness that strangers have done to me: pointing me to the right direction when I’m lost, signaling a parking space that’s going to be emptied soon, offering to help take a picture of me and my partner without being asked, and much more.

In fact, just last week my partner and I were talking about this. The other day, we were driving around and trying to find a parking space on a busy Saturday afternoon. We waited for a car that was about to go out and there was another car, which came after us, waiting for it from the opposite side. The driver of the parked car notice this, and he went out at such that he blocked the access of the other car. He signaled us to go in, and he went away only after we had parked. That was a random act of kindness that went the extra mile; the world did look like a better place to live after that.

Ironically, we were not that nice. We didn’t really do the same. Shortly afterwards, we were the car that was parked and there were two cars waiting for us. We tried to block the access to the other car, but it was a tight space so we had to move, or else it would cause traffic. The second driver ended up ‘stealing’ the spot, and the first driver was angry and went out of his car to confront the second driver. We didn’t know what happened after, but it didn’t seem pretty.

We then made a promise to try to be nicer to people next time. To give more attention to people around us, and to try to help without being asked. I think we both need to exercise our kindness muscle, although it’s not easy to let go of a lifetime of prejudice.