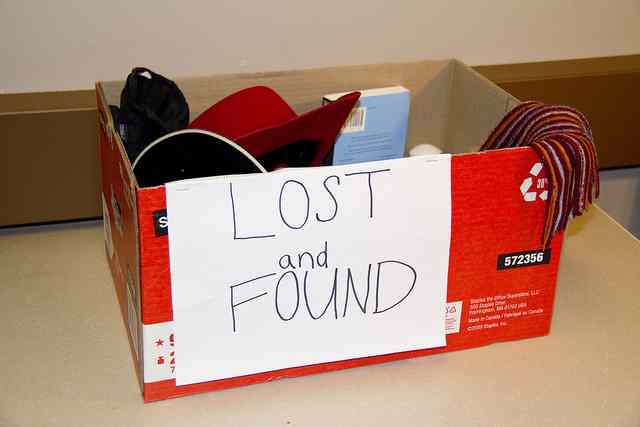 It can tell a lot about you, actually.

I left my beanie once at a cinema. I noticed this ten minutes after, and I freaked out – I started being really moody and exercised bad attitude all way back to the third floor. It drove my boyfriend crazy.

I lost my wallet once. It got stolen at Cotton On Body retail on Elizabeth Street. I was looking at some sandals and suddenly, my bag was lighter than it once was. When I checked, my wallet was already gone.

At that time, I had a lot of cash and eight movie tickets inside. It wasn’t easy to feel better after that.

Or how do you react to problems?

Me? I got pretty depressed really quickly. A couple of months ago I received a shitty mark from my tutor. I was miserable for some days (ehm, I’m not gonna tell you exactly how long).

I admit, my attitude is not the best. I admit it and I’m still trying to be better.

My Dad is actually one of the few people who has a great attitude. He received news that my sister was mugged in Europe and he said, ‘Let it go. Who knows, maybe those people need the money more. Consider it a blessing to them.’ He then offered to change my sister’s money. Wow.

My boyfriend’s great too. His brand new car got scratched and he was sad for some time, but he never exploded. He was calm, and still gave me his best smile and cracked a joke.

The other time my boyfriend’s ‘neighbour’, who was clearly standing beside his badly parked car, didn’t want to move his car even though it’s blocking the way out. So my boyfriend needed to knock the door of another neighbour and ask them to move their car, which was parked on the other side of the road instead.

Meeting me thirty minutes after, he was clearly not in the best mood. He asked me, ‘Why aren’t people nice?’ But after fifteen minutes of talk he was back to his usual, happy-go-lucky self. I have the best boyfriend in the world.

And everytime I’m angry at someone (or something), he always reminds me of the other side of the argument. Not something that I want to hear, of course, and most times I kind of rebuke him (sorry, love).

I’m blessed with people who have great attitudes. It’s time to start exercising one.