A lot of people have been waiting for this one movie, yet somehow I was left a bit disappointed. 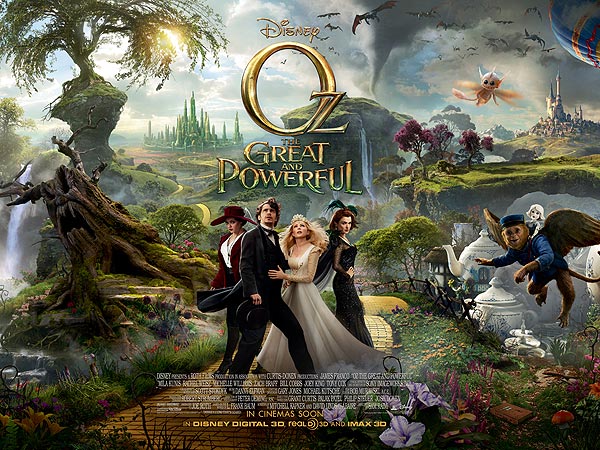 Oz the Great and Powerful (2013) tells the infamous story of the Wizard of Oz, way before Dorothy comes. Oscar Diggs “Oz”, a magician from Kansas who lives on performing tricks to others, finds himself in the wonderful land of Oz after encountering a typhoon.

Believed to be the answer of the prophecy that states a wizard will fall from the sky to forever save Oz from the hands of the wicked witch, Oscar, which is also called as Oz, is asked to free the Emerald City. Lured by the title ‘King’ and the gold that awaits, he ventures through a series of journey that will decide the fate of Oz.

Personally, having watched Broadway’s Wicked on the untold story of the wicked witch, I find this version of Oz a bit dull. The acting is standard, and if I can say, except from James Franco and Mila Kunis, the others are just… standard.

However, while the story is usual, the cinematography is quite astounding.

It’s quite an entertaining movie, but for what it’s worth, I think it’s completely okay to miss this one and somehow watch it at home.