As a part of their Asia Tour, The Jubilee Project visited Jakarta, Indonesia, on Monday, 18 March, and met with the Jubileevers. I was one of the lucky crowd. 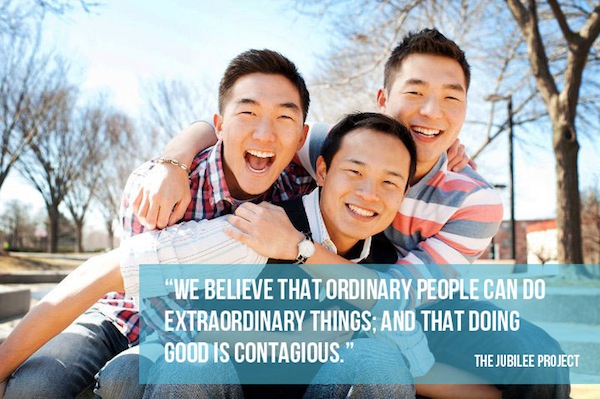 Upon reading their Facebook status that a meet and greet event would take place in Jakarta, I couldn’t believe my luck. Since my early university years, I have two dreams involving YouTube: one, is to meet David Choi in person. I fulfilled this one back in Melbourne last year. Two, is to meet the people behind Jubilee Project.

Dressed casually with their Asian-American style per usual, Jason (the guy at the White House), Eddie (the consultant), and Eric (Harvard med school student) greeted about forty of us who sat anxiously in Marche Restaurant. Needless to ask, 95% of the crowd were the descendants of Eve and some murmured in Indonesian on how handsome they are. Of course, that was one of the many reasons I came.

They started the event by sharing about who they are, why they are here, and what they want to accomplish. Standing in the corner of the squared-room, the 180cms men gave the talk. They smiled, laughed, asked questions, and answered ours. Earnest and passionate were my first impressions.

Jubilee Project itself is a non-profit organisation that makes videos to raise awareness for a good cause. Founded by three able men, Jason, who used to work at The White House under President Obama himself, Eddie, a management consultant at a prestigious company, and Eric, a Harvard Medical School student, they believe that “doing good is contagious”.

Moved by the Haiti 2010 earthquake, they decided to do busking at a New York Station to help raise fund. Even though they gained only $70, $30 short of their $100 goal, they made a video of it and ended up raising over $700 for Haiti earthquake relief. Since then, their journey started.

Jubilee Project makes videos to raise awareness in issues such as deafness, sex trafficking, leukemia, and mentorship, among others. One of their famous videos, Love Language, has garnered more than 2,4 million views.

I have fallen in love with Jubilee Project since their early years. While my friends are crazy about Wong Fu Productions (on whom I like as well), I’m more crazy about these three men who decided to quit their jobs, let go of their security, and pursue their callings.

They make videos for a good cause, but it’s not always without opposition. I asked them, right then, of what their parents thought – for them to abandon their high profile lives and pursue careers in non-profit section instead.

“But we believe that this is our calling. When you stay true to your passion, you will have the courage to make the leap of faith.”

It’s been six, seven months since the trio devoted their lives to Jubilee Project full-time. An activity that started as a mere hobby, is now something that’s very dear to their hearts.

So, what success really is?

“One day, we start asking of what success is like,” they said.

“And we find the answers by doing something for a bigger cause rather than ourselves.”

Success, it seems, is defined when you have lived for a greater purpose. 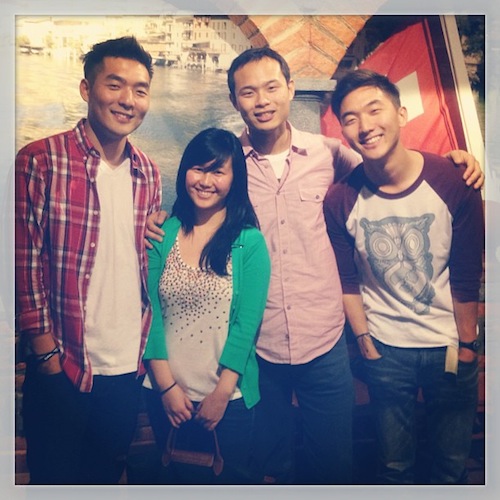