“I’M 19, halfway through my degree, and currently obsessed with thinking about my future.” Marcella Purnama thinks out loud as an unexpected meeting provokes some serious introspection as to what success looks like. 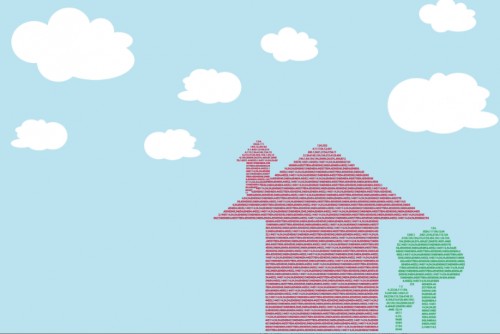 I’m 19, halfway through my degree, and currently obsessed with thinking about my future.

I don’t know why, but I was sitting on the bench outside David Jones recently and I felt like I didn’t want to grow up, at least not yet.

An old friend with her new US accent had come to Melbourne for holiday. It was another evening catch-up over coffee. That was, until her dad wanted to see me.

Her dad, looking so intellectual in his late 40s, wore a knitted black jumper and light brown cotton pants. He carried a small man bag that looked like a Louis Vuitton. He was, without a doubt, a very successful businessman.

When he approached us, he was holding a transparent bag. Inside were a pair of new white shoes with blue and red stripes. “These are Italian-made. Very good, very strong, very expensive,” he said to my friend, holding the shoes to her eye-level. To me, they just looked like another pair of white Adidas sports shoes.

“Hey Dad, this is Marcella, the one who likes coffee,” my friend said. But rather than reply with the usual, ‘Hi, how are you?’ My friend’s dad jumped straight to the point, “Oh Marcella, do you want to work for me?”

Not waiting for an answer, he added, “Let’s go inside David Jones and walk while we talk.”

Giving my friend a weird, sheepish look, I reluctantly entered the upmarket fashion store in sandals, hair whipped into a frenzy by the windy Melbourne weather and a $10 bag that had been soaked by an unexpected thunderstorm.

I immediately saw the glossy shining tiles. I felt the warmth of the bright light. I smelt the thick perfume in the air. Then it hit me. After two years of living in Melbourne, I had never actually been inside David Jones.

We went up the escalator and he started to look at men’s clothing. “I’m very passionate about retail and I want to open a cafe,” he said. “Frankly, I want you to be someone who I can mobilise in Melbourne and learn the coffee culture from. My daughter highly recommended you. She said you’re a fast learner, a reliable person and the top student back in high school.”

The words hadn’t even sunk in before he started to speak again, this time to my friend, “What do you think of this shirt? I guess I should buy two and give one to JJ.”

Shifting my attention to the shirt, whose brand name escapes me, I was sure I’d seen a similar top – the usual green-red-blue squared shirt that you might find in JayJays. But this was in David Jones and it cost $150.

“Oh, JJ is an old friend. He’s is one of Indonesia’s top interior designers and he’s really into fashion,” he said. “Our family has a lot of connections.”

Without even trying them on, he grabbed two shirts, one a medium, for himself, and the other in a large, for the man called ‘JJ’. He gave the two shirts and his wallet to my friend and asked her to go to the cashier.

“Okay, where was I? Oh yeah, I’d really like to learn more about the coffee culture here, but I have no time. My passion is retail, my plan is to open a coffee business and I’ve heard that you are very keen to learn about coffee.

“Of course, I’ll pay you and give you compensation. We can communicate through emails and Skype,” he said.

He went on to tell me about his worldwide businesses and travels with first class tickets, while his hands touched each of the merchandise and his eyes wandered through the store.

He then pointed to a white t-shirt bearing a man’s face. “This one is so beautiful,” he said astonishingly. I tried to use my deepest imagination and see the t-shirt through my artsy eyes, but it didn’t work. “And the material is so good,” he said. Well, it cost $200 and it was Dolce & Gabbana.

By now, I was thinking of my dad and how he chooses his clothing according to what he calls the ‘three Cs’ – comfortable, cheap and convenient.

When I tuned my attention back to my friend’s dad, he was rambling about the 11am meeting he had in Sydney the next day and the brand new $800 espresso machine that he “accidentally” bought earlier. I found myself secretly wishing I never become rich.

“There was an auction in Singapore several months ago,” he said. “There was this ancient coffee book that had been preserved so carefully and even wrapped with coffee beans inside – to keep the aroma alive. We ended up bidding for it. It cost $300,000.”

I tried to convince myself that this book was what successful people out there called ‘an investment’. Then again, I rarely even buy textbooks, and when I do, I prefer to buy online.

Finally, after what, for me, seemed like ages, he said to his daughter, “I’m hungry. Let’s go find Mum and have dinner.”

I followed them down the escalator. He asked me to think about it and email him my answer. Before stepping out of the building, he asked me one last question, “I heard your sister is a medical student, she must be smart, eh?”

Well, a courtesy talk, although late, was better than never, “Yes,” I said with pride, “she is the genius one.”

Then came the shocking revelation. “How arrogant,” he said laughingly. Was he joking or was he sarcastically saying that? I’d rather not know.

After two minutes of waiting for his wife, he said to his daughter, “I’m very hungry, I’ll go eat dinner first. Do you have a cell phone?” Then, facing me and shaking my hand, he said this with a smile on his face, “Think about it and email me. It’s nice to meet you.” Then, he was gone.

Still lost in thought, I sat down on one of the benches, took out my cell phone, and called my dad. As much as I want to be successful, I know I still want to be the woman who is able to wear a $10 bag and go inside David Jones with pride.