But hey, I’m not racist. 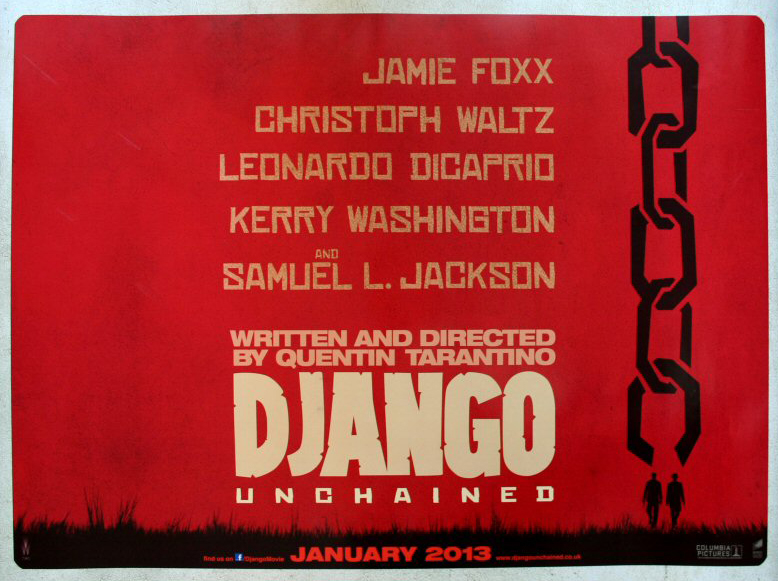 Django Unchained (2012) tells the story of Django (Jamie Foxx), a young slave who was freed by a German bounty hunter, Dr. King Schultz (Christoph Waltz). Upon seeing the killing talent of Django, Dr. Schultz decided to train him as an apprentice, while promising to help him find his wife later on.

In turned out that Django’s wife, Broomhilda, was sold to Calvin Candie (Leonardo DiCaprio), a brutal Mississippi plantation owner. To buy her freedom, both Dr. Schultz and Django decided to make an act – they were to act as if buying a Mandingo fighter at a ridiculously high price.

It went according to plan, until one point, everything went wrong.

Although rich with history, full of brilliant casts and great effects, the movie is two hours and 45 minutes long, which means after the first half I was getting restless easily. The movie, in a sense, rolls over too slow. Upon my career as a movie fanatic, I have never seen that many people walk out of and in to the cinema while a movie is played.

From the point of view of casting, I give my respect to Leonardo DiCaprio. He is just brilliant. In their language, it’s as if ‘white man can act’. Mindblowing.

From the point of view of cinematography, of course it’s great as well. Yes, it’s gory, as what you might expect from Quentin Tarantino (remember Kill Bill?).

From the side of story, however, it contains some disturbing facts that might actually be true. These things might have happened in the past. Still, I’m not sure if all people are able to digest this. It’s brutal, painful, and almost non-humanitarian.

If you do not fancy a heavy, deep-thinking kind of movie, don’t watch this. You’ll get stuck in the cinema for 2 hours and 45 minutes and I bet you’ll be playing on your mobile phones halfway through. If you fancy history, however, and traditional (read: non-technological) action movies, go ahead.

This movie presents the alternate reality of what really happens in the 1800s, of what happens in the era of slavery towards the African Americans. It is interesting, but it’s not for the weak-hearted ones.