Author’s note: This is a post in regards to the coming Indonesian presidential election. To give you a bit of background story, Indonesia is currently having heated debate and argument on which party to vote for. While the world is uniting through the World Cup banner, the trend I see is that Indonesians are dividing themselves. This post is a call to agree to disagree.

For a better Indonesia. 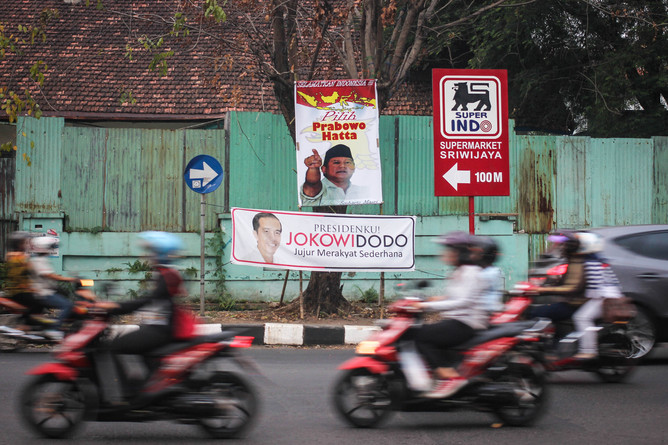 I am not a political person. In fact, I’m far from being interested in politics. While my boyfriend was watching the Indonesian presidential debate on YouTube, I was texting him, asking why he ignored my messages. Isn’t it ironic?

For those of you who are non-Indonesians, our country, for the first time (I might say), has a very heated debate on which president should we vote for. Supplemented and supported by the internet and social media, the debate, sometimes, goes out of hand. I begin to see namecalling and people trying to persuade others to choose the president that he is rooted for. Boy, this begins to get unhealthy.

Some memes surface. Quotes like, “Don’t let your choice ruins your friendship,” is shared by thousands of people, and yet I still see heated comments of presidential posts everywhere. Some people try to convince others by posting the positive sides of their chosen party, others try to pinpoint the negatives of the opposition party.

And people are afraid.

Rupiah is weakening everyday. I see a steady (but sure) increase in dollars-to-rupiah ratio. Foreign investors are securing their money elsewhere. People begin to choose to hold on to dollars, as they fear for riot that may happen.

The incident of 1998 is still haunting them.

If the presidential election goes smoothly, Rupiah will be stronger once again. But if it goes wrong, boy, I don’t even want to know what may happen. Certainly, we never want to see ’98 riot in front of our eyes again.

And yet heated arguments continue.

But fellow Indonesians, perhaps it’s time to agree to disagree. Perhaps your friend supports number 1, let him be. Don’t stay on an argument too long, trying to persuade him to choose number 2. Worse, don’t ridicule his choice. Perhaps your family member is a die-hard fan of number 2. Let him be.

Respect people. Respect their choices. The information is wide available everywhere and we all know how to get them. People have their own free choice (that’s why we are called a democratic country in the first place, right?). They have their reasons – even when their reasons seem irrational to us.

It’s time to agree to disagree.

See the bigger picture. Stop and think before trying to resurrect the argument over dinner table with your colleagues once again.

If there’s one thing I learn from Psychology, is that when making choices, yes, people tend to be irrational. They often go with their gut feeling, and even when it’s not backed up by strong reasons, it’s good enough for them.

It should be good enough for you.

Don’t pester them why, why, and why. Don’t joke that they are educated and yet unable to weigh which one is the better choice. Honestly, I’m fed up on seeing these comments posted on Facebook. It ruins friendship.

So why should you now?