It seems we are having more fights in the last two months compared to the first two years.

I guess long distance has finally taken its toll on us. Like, during those first two years, I was still a student. Even though you worked, my flexible schedule gave us the precious time late at night to still talk on videochats, and to talk more readily as even though you were tired, I was not.

Now that I’m working, and you’re working, we find it harder to accommodate our busy schedules.

Chats left unanswered as one of us suddenly got asked to attend a meeting. Calls made at night cover the day-to-day activities, as both of us are too tired to actually socialise properly with each other.

Sights of other couples on weekends – which we usually spend alone – become unbearable. Problems look bigger than they actually are, as we don’t have the physical reassurance of each other’s presence.

Hope to our next meeting, the one they say – I say, is the best way to go through the curling-alone-on-bed-while-crying-yourself-to-sleep nights, no longer works. At least not as effective as before.

We’ve had plans, of course. But plans change. And plans are for the future. What about the present? What about our longings – the obvious black hole inside our hearts that are never going to be satisfied with any number of messages, calls, or videochats?

Yes, being in a relationship means fighting hard, and it means making sacrifices – lots of them, for each other. I guess we really begin to understand this now.

And we’ll do just that – to take one day at a time, one more step towards the future.

To make sacrifices every now and then, and to keep on fighting although we never know what will happen tomorrow.

Last week, you spent the weekend in Jakarta to celebrate our two-and-a-half year anniversary together.

You fetched me at my workplace, and gave me a present. It was a couple watch, the one thing that you have been eying on since the start of our relationship.

On the back, there’s an inscription in Chinese, “Tian Chang Di Jiu,” which literally means as eternal as heaven and earth. It’s a phrase used to describe love as being forever and ever.

While we can’t still remove the distance between us, I hope it will make our relationship stronger, instead of weaker. I hope it will give us a profound perspective of cherishing our moments together even more. I hope it will teach us to not take each other for granted.

I hope this distance will be worth it. Because in the end, when we finally say no more goodbyes, I believe it will even be more beautiful than being a couple without the distance. 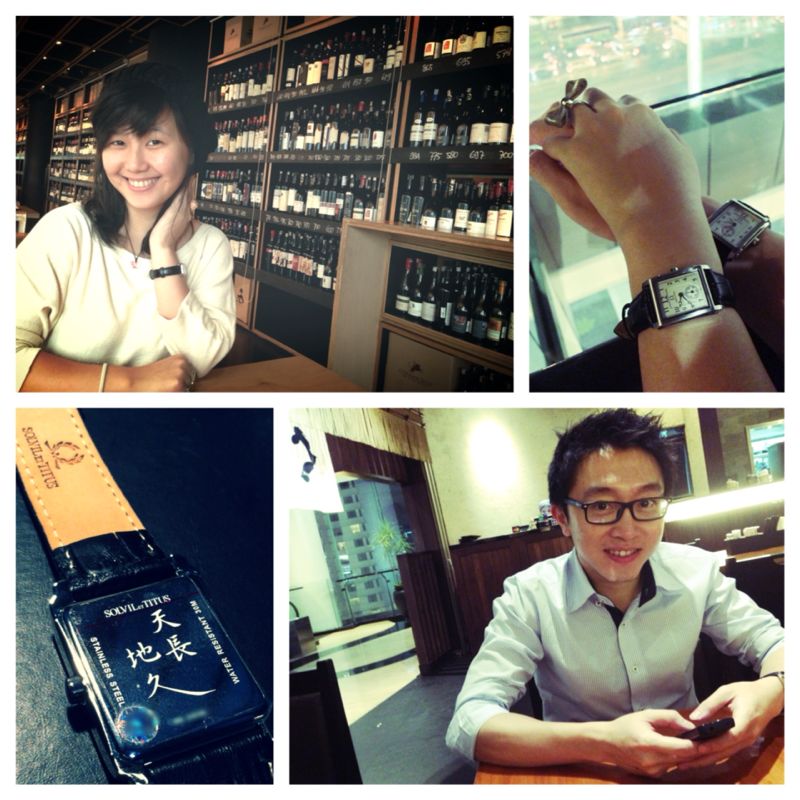 “Distance is not for the fearful, it is for the bold. It’s for those who are willing to spend a lot of time alone in exchange for a little time with the one they love. It’s for those knowing a good thing when they see it, even if they don’t see it nearly enough.”