It was three days to meeting you, and I was upset.

Of course I was upset, we were, still are, in this long distance relationship and I’d be going to your city to spend the weekend. And suddenly you were telling me that you just remembered that you had something for the weekend? For both Saturday and Sunday?

Of course I was upset.

We haven’t met for two months. Okay, it was not that long compared to our usual once-in-a-six-month-meeting, but still, we could only spend two days.

And yeap, you were telling me that there was this documentary showing on some random festival that you need to go.

To make it worse, you actually didn’t need to go, you wanted to go.

I was upset, but I knew you really, really wanted to go. So I made a deal. We would have Saturday for ourselves, and I would physically go with you to watch that random documentary on that random festival on Sunday.

But I was upset again, as you kept on saying that you would cancel both, just because you knew that I would be upset, but you kept on mentioning on how much you wanted to go.

I began to throw tantrum then.

“If you really want to go, then go,” I texted. Of course, you knew that this was a set up. I didn’t really want you to go, I just wanted you know that I was pissed and that you-can-do-whatever-you-want-but-you-should-know-better. Which made you upset.

Then you were mad.

“I canceled going there for you even when I really want to, and you are still upset,” you texted.

So I texted back, “But I told you that I’m going to be there this weekend since months ago. And suddenly you told me that you’re going to this festival?”

“I booked the tickets to this festival since January,” you replied. “I didn’t know that you were coming on the same weekend.”

“I’m sorry,” I texted. “I’m upset because you aren’t up to the idea of you relenting on going to only one of the days. Like, you know, then we both win.”

“I was upset because I’m canceling the whole thing, and suddenly you are throwing tantrum on me.”

That weekend, I went to Singapore.

On Saturday, we had the whole day for ourselves.

On Sunday, we went to the Design Film Festival Singapore 2013 to watch a documentary about urban planning and architecture.

Like, I was positive that I wouldn’t understand a single thing, but hey, time that you enjoy wasting (with someone special) isn’t wasted at all, right?

I wish I could remember about what the documentary was saying (it was titled “The Human Scale”, by the way). It was something along the line of the city is not built for living, it’s made for cars, and if we’re not doing something very soon, our human lives will be severely disrupted.

But I do remember holding your hand for the whole two hours. And the look of you when you stared at the big screen intently, just like a little boy getting his first Christmas present (okay, I made that up). But really, you were so happy, and so was I. Noted, it was not how I imagined my weekend would be (I’d rather go to Garden by The Bay, or go shopping, or go to the Universal Studio Singapore, or go to the Singapore Aquarium).

But we both win.

Most often in relationship, spending time together doing okay-only stuff is much, much better compared to doing something awesome alone.

You may not be able to see us, but here’s a girlfriend sacrificing for her boyfriend – at Design Film Festival Singapore 2013, about to watch a documentary about urban planning and architecture. I don’t understand a thing, but I reckon it’d make a good article. 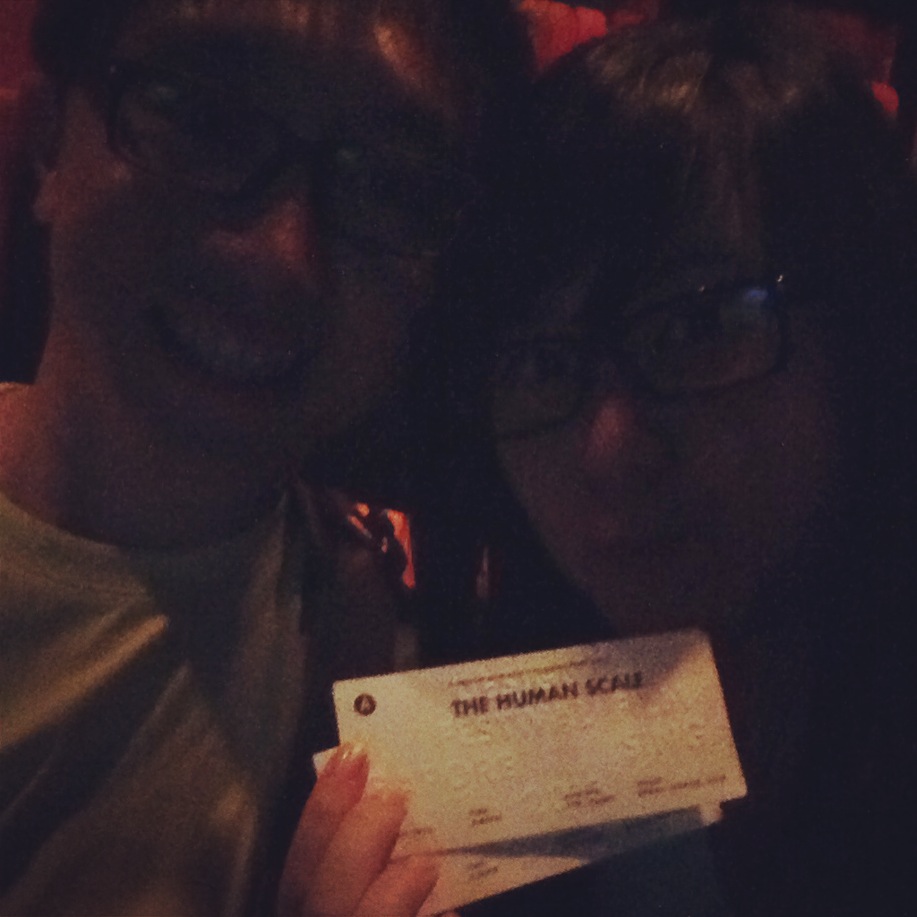