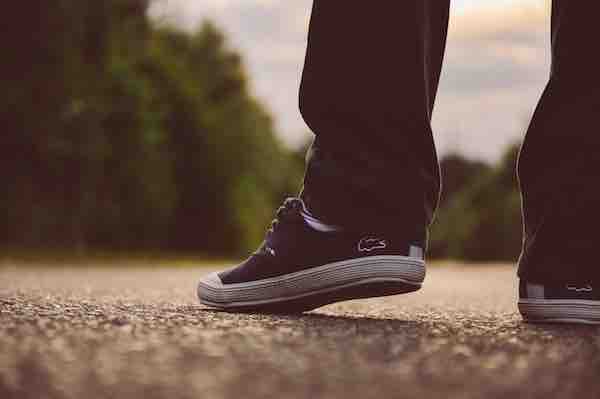 I WAS sending my fiancée home when I brought up the honey incident for the third time that week.

Passionately, I told him that my Facebook comment was marked as spam and that the Twitter representative stopped replying after I asked for the complaint procedure. I told him that I had filled in an enquiry form through the website, and that I had asked around for their email address and sent my complaint.

He was listening silently. Then looking towards the road, he said, ‘I think it’s too much.’

‘This. I think you need to know when to drop it.’

I was silent for a while, but I was ready with the counter-attacks. He clearly had moved on, and I hadn’t.

Then we talked about all others who care: A cartoonist who got arrested for drawing about politics, the family lawyers Melbourne team who are speaking up, a white Olympic athlete who was shunned in his own country for standing up with black athletes.

‘This might be just a small thing,’ I said, ‘but I feel that it’s important. I want my case to be heard—even if I don’t hear back from them, I know I’ve done my part.’

He understood. Someone has to stand up. But the silence that fell afterwards was certain, and I began to ponder my motive even more: For what?

SOME MONTHS ago, a four-year-old boy accidentally fell into a gorilla enclosure. The mother was there with her other kids, and the boy just slipped from her sight a second too long. He fell.

The gorilla, being a gorilla, took the boy and dragged him around. Minutes passed while the crowd began to gather, yelling words of caution—some shouted in horror. The zoo officials decided on the spot: The boy’s life may be in danger if they simply tranquillize the 225-kg animal. It could become agitated and harm the boy before the drugs could take effect. It could fall on top of the boy and crush him. The gorilla had to be put down.

So it was shot, and no significant injury was done to the boy.

What happened afterwards, what is still happening, is just plain war. People behind the keyboard shuns down the zoo and the parents of the boy, branding them as killers; they want justice for the gorilla who died.

It’s standing up for what matters. But here’s the real question: What matters for who?

Of course, you could guess the rest of the story: People shaming both the zoo and the parents–calling them names and creating memes of the dead gorilla. It’s savage.

Is this standing up for what matters? If it is, is the ‘how’ done right? Because from my eyes, this is simply called bullying, and no real action has actually been done.

Probably the gorilla shouldn’t have to die. Probably if it was tranquillized, the boy would still live—we’d never know.

We’d never know whether the gorilla was protecting or harming the child. The parents did do a parenting error—but if we are honest enough, it could easily be us. It could be us standing on the other fence of the enclosure that day, praying to God that our boy would come home in one piece. We’d simply never know.

This is what I know: If we’re standing up for a right cause in a wrong way, then we too are in the wrong.

Some days after my drive with my fiancée, we had dinner with my brother-in-law and my sister. We were still discussing the incident, where the subject of complaining to the manager, who came out to meet us on that day, was brought up. My sister was wondering why we didn’t say our complaint ‘clearer’ to the manager.

My brother-in-law said, ‘The manager who talked to us about our complaint was nice, even when he didn’t solve our problem.

‘Being angry at him makes us wrong.’

I hung onto those words.

Throughout the incident, I had kept my cool. I didn’t curse when dealing with the staffs. I gathered my facts. I tried to get my voices heard as an adult, and in the end, I did.

A WOMAN has just been verbally harassed by inspectors for wanting to pay the public transport ticket for a homeless man in Australia. It’s beyond absurd, but calling the officers names wouldn’t solve the problem either.

Yes, stand up for what matters. Offer to pay a homeless’s train ticket, even when the officers yell at you. Get the rapist to answer for what he did. Don’t turn a blind eye towards human trafficking. Find your humanity. Stop normalising injustice, saying that this is the standard—that this has happened too often.

But remember that there are right and wrong ways to stand up for a cause.

Standing up for the right thing in the wrong way doesn’t make us right.