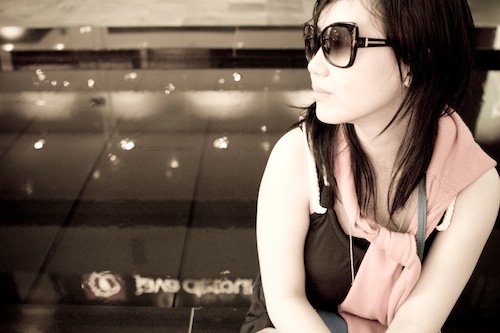 On this day a month ago, I was somewhere in the States.

I was not sure where – like, I could be in Vegas, or San Diego, or Yosemite, or in the car between the cities. I could be watching Cirque de Soleil’s ‘O’ for the first time. Or Wynn’s Le Reeve. Or was I playing snow on the hills of Yosemite? Or on the way to one of the biggest zoos I have ever been? I’m not sure. But that’s not the point. The point is, I was somewhere North.

On this day two months ago, I was somewhere in Melbourne.

If my memory doesn’t fail me, during this time there was a lot of dinners and farewells – friends’ farewells that have graduated and would gamble their lives back home. Thank you dinners to mentors and editors. Meld’s Christmas party that ends up in a karaoke session until 3am in the morning (yes, I was sick for the next three days). I was then preparing for my someone special’s arrival, thinking on where to go for dates. I was then preparing my heart for graduation, because I know after graduation, storm’s coming…

On this day three months ago, I was stressing because of exams.

My last two exams in my Bachelor’s degree were coming, and I just hate exams. I was stressing because I was not stressed. Like, it was not like I didn’t care, it was just that I was not concerned. There was no last-minute panic, and I panicked as a result. I study best with the presence of last-minute panic. Sadly, though, that panic never came. But I was excited, too. After exams, my four good friends and I would venture six different cities in Victoria in five days. We would conquer Victoria. We did.

On this day four months ago, I believe I was being a nerd.

There was this Psychology lab report, on which, was as scary as hell. Of course, I never did attend classes (and I barely listened to the lecture recordings), but I was hoping for a decent mark. I printed research papers like crazy, hoping to turn on those light bulbs. I wrote the report, printed it, proof-read them, edited it again, printed it, and proof-read them again. I believe I have in minimum five edited drafts of that one report.

On this day five months ago, I was having my un-earned break.

Like, you know, for the first half of the semester you care about nothing. Then the break came and you had much more fun than before. I visited my sister in Bendigo, ate at a fancy one-star restaurant, went to the Chinese museum, and bought some wines. I went to cafes. I caught up with my friends who unlike me, were busy during the first half of the semester. I stayed at home and did movie marathons. Life was so good.

On this day six months ago, I think I was having homesickness issues.

Home is wherever your heart is, right? Well, a big portion of my heart was in somewhere East (remember, I was in Melbourne). There’s no getting used to saying goodbye, not now, maybe not ever. Then I saw couples having brunch together, or going to movies together. Me? As much as I fancied myself going alone, I did miss a company. And not just another random company. His.

On this day one year ago, I was at the exact same place as I am now.

Same house, same morning tea, same bed, same pillows. The only thing that was different was my status. I was a final year undergrad student at that time. Today, I was a graduate. Last year, I was obsessed of getting the degree, wanting to let go of uni as soon as possible. Today, I sat here in the living room, drinking my tea and reading the newspaper, wishing I have the things I had one year ago.

Oh how I miss Melbourne coffees.

Today, I realised those moments are precious.

But life goes on, and so will I.