Growing up, I’ve never actually become super dedicated to something, or someone. Sure, like every 90s kid, I grew up liking Westlife, and even own several of their albums. I am a Harry Potter fan, but I never really dress up and queue for three hours to get the next book on the first day of its release.

And while my sister adores Tom Hanks and my friends giggle over David Beckham, I never actually identify as a fan towards a movie actor. Sure, Tom Hanks is brilliant. Sure, Tom Cruise is cute. Sure, Brad Pitt is kinda hot. That doesn’t mean I’m head over heels towards them.

I still remember watching the five-hour final match as a kid with my Dad, in my room, until about 4 am in the morning. It was a five-set match between the two tennis maestros: Roger Federer and Rafael Nadal. (Federer lost. I couldn’t sleep afterwards.) And while I never even hold a tennis racket my whole life (true story), I found myself agonising over all the failed drop shots, the unforced errors, and the stupid double faults that Federer did.

Thus began my journey of being a fan of Federer.

I believe fandom has a spectrum. On one side you have the die-hard fans—the ones who never miss a game, get visibly angry when he (or she, or they) lost, and dedicate a great portion of their waking moments to support him. On the other side, you have the seasonal fans—the ones who side for him when they feel like it, slightly favouring him compared to the other team.

On my fandom spectrum, I consider myself as someone in the middle—devoted when I’m really into it, but not devoted enough to track his every movement. Like when I watch Federer plays, I would cheer for him, irritating my husband for the next three hours (I’m that loud when watching tennis), but if I miss his game, it wouldn’t be the end of the world.

And upon watching Federer breezed through the fourth round of the Australian Open yesterday, I thought about the three ‘celebrities’ I adore. Interestingly, those are the three professions I’d like to be in another life. 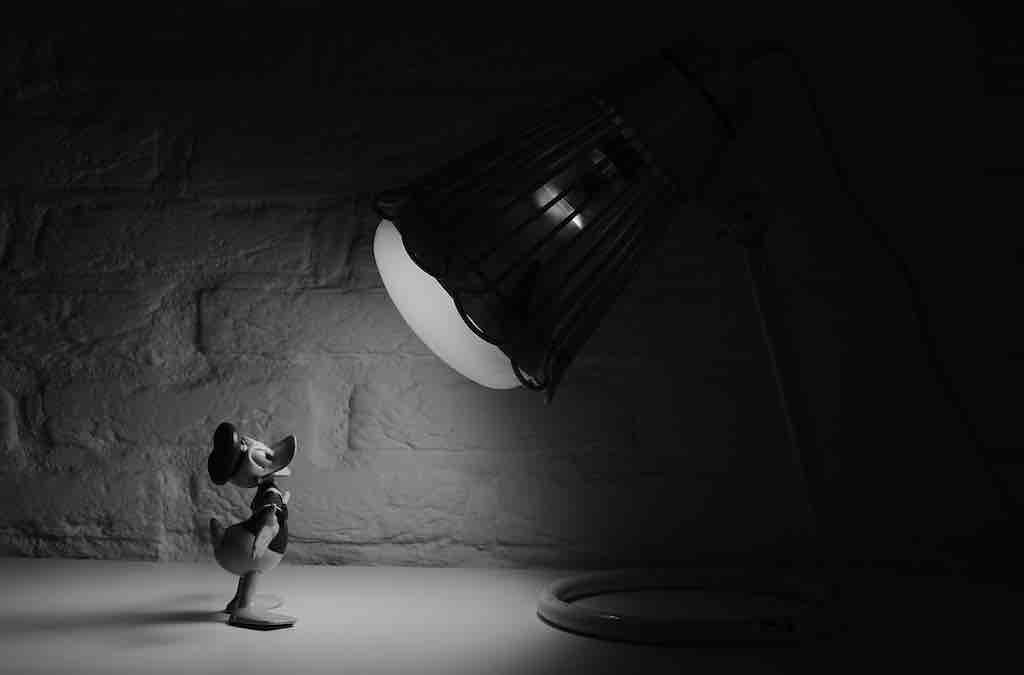 I never really have a favourite artist. I have favourite songs.

I like songs that are meaningful and tell some kind of story. One artist’s album usually has one gem of a song and the others are mediocre. So I decided long ago that I like songs, not singers.

British. One-man-show. Guitar. Nerdy. Great songs. I liked Lego House, one of his first hit, but I was totally hooked to Ed Sheeran, weirdly, on I See Fire, the song he sang for The Hobbit: The Desolation of Smaug. Then Thinking Out Loud. Make it Rain. Tenerife Sea. How Would You Feel. Perfect.

It’s up to the point where my husband just had to propose me with Ed Sheeran’s album playing on the loop. (Yay.)

Anyways, ahem, I’m slightly embarrassed to tell you this, but did you know that I had always fancied being a singer?

Of course, my hope was dashed early as a kid. Back in junior high, there was this “High School Got Talent” thing and for some reasons that I couldn’t really remember, a friend and I joined in as a duet for the competition. (True story. If I remember correctly a teacher assigned us to do it, but if I’m being totally honest I kinda wanted to do it too.)

I went off-key (as usual), and after that I knew I like to sing, but I just have no talent. Mwahaha. That doesn’t really stop me to sing, twice, during my two wedding receptions in Melbourne and Jakarta though. Apologies to my friends and families that were forced to hear me sing in an off-key fashion (and still have to clap loudly after that), but it’s one of those times where I just want to tick my alter ego’s dream of making it as an artist.

Let’s get on to my next favourite celebrity: Chris Pine.

You would think this is weird. No one I know has said to me that her (or his) favourite actor is Chris Pine. No one.

It all started with Star Trek.

As a  90s kid, I have no idea what Star Trek (the original television series) is about. I’ve heard of it, sure, but I’ve never watched it. (I picked up Star Wars in my 20s, when The Force Awakens came to the theatre and I was given a crash course about who Luke, Leia, Han Solo, and Darth Vader are by the husband.) But when Hollywood rebooted the series into movies, Chris Pine was there as Captain Kirk.

Blue eyes. Rebellious. Full of talents but obviously slacking. And when he played in Wonder Woman as the boyfriend who died (whoops, spoiler, but I believe you all know this already), I cried. I knew it was coming, but le husband still had to comfort me during that no-sound scene where Diana looked, helplessly, at the exploded plane.

Anyone has fancied becoming a movie star? Of course I had. Of course, I knew that I have no talent too. That didn’t really stop me of being in a Christmas drama production in senior high school. I’m pretty sure I acted badly (dull, weird, out of character? I had to scream in anguish when my twin sister died of accident though, wasn’t sure that I would be able to pull that off), but I did enjoy it.

And then there’s Roger Federer.

The backhand. The service ace. The winner forehand. It seems like he’s dancing on the court, instead of playing tennis. Federer has the ability to be calm when he’s under pressure (although at times I want to scream at the TV when he’s going to the net and miss the next shot). He played gracefully, and it’s weird to attribute this adverb to playing tennis as most people just playing with brute force (read: Nadal) or reckless speed (read: Djokovic).

(To those who are fans of other players, please don’t crucify me.)

Of course, I don’t possess the talent in sports either.

Have I ever told you that I was once part of the badminton team in high school? I woke up early every Saturday for a three-hour training. Yet while I enjoyed playing badminton (still do actually), I hit the plateau early and I never progress from there. Perhaps there wasn’t much willpower to break through that wall in training, and since I only had mediocre talent in badminton to begin with I was just too lazy to put in too much hard work to master the sport.

Actually, I’ve seen a pattern on all the sports I’ve played: I master the basics quickly, perhaps faster than most people, but then I hit a wall.

It was true for my attempt in playing table tennis, ski, and basketball.

(I have to say this is quite true for all things in my life. I realise that I’m quite a fast learner, but I hit the wall early afterwards. I’m still persevering to break the writing wall.)

Have you heard of the phrase “You are what you read”? Perhaps it works similarly to the people you adore. Perhaps those you find worthy of your time, mental, and emotional investment are those you secretly want to become. It’s an interesting thing to ponder upon—to actually be mindful of who we declare that we are ‘total fans’ to, the reasons why, and what our celebrity obsession tells about ourselves.

The other day, I told my close friend of these three ‘celebrities’ I adore. And the irony (or not) that I’ve once wanted to be a singer, actress, and an athlete.

“I think the three men I adore shows my obsession on things I can’t become,” I said.

“You wanted to become an actress/athlete/singer? I never know,” she said.

To be honest, I was quite surprised that she was surprised to find out about these childhood dreams. I thought everyone secretly wanted to be an actress/athlete/singer way back when.

Then she commented, “Actually, you probably like the spotlight, don’t you?”

I laughed at that. Because it was true way back when, when I was younger. Perhaps the remnants of those dreams survive until now, but instead of showing myself to the world, I hide behind my writings.

Ps. Perhaps more than just the remnants of those dreams survive. One of my ultimate bucket list is to become a TED Talk speaker one day. One day.

P.Ps. Don’t worry, le husband knows all about those celebrities I adore. While he doesn’t quite share my obsession, I’m delighted to tell you that he: 1) lets me watch all the tennis matches I want and tolerates my screams and shouts throughout the game, 2) promises to watch Ed Sheeran’s concert if and when we can get the tickets here in Melbourne, and 3) hugs me still tightly even when he knows I’m crying over the death of Chris Pine’s character in the movie. Don’t worry darling, you’re still my biggest obsession.

P.P.Ps. Are there similarities between Roger Federer, Chris Pine, and Ed Sheeran? Let me know if you know, because I totally don’t.