Truth to be told, I’m not that eager about entering 2018. While the new year symbolises a new beginning, a fresh start, a possibility that ‘anything can happen’, for me it resembles only one thing: uncertainty.

Over the past week, I’ve read many Instagram captions, Facebook posts, and blogs about what friends and other people would like to achieve in the new year. I’ve read resolution after resolution, from being more mindful, doing more exercise, losing those few kilos, to learning a new craft.

Something to do with a job.

Vague. But since I’ve not yet defined what I actually want to do this year, that’s the best resolution I could come up at the moment.

There’s no bigger plan on the horizon either. I used to have these big plans—undergrad, first job, master’s, getting engaged, being married. Yet this year, there’s no book launch to look forward to, no wedding to get excited about. There’s not a single mark on the calendar of what the next plan is going to be.

(And no, we’re not thinking of having kids yet, because we definitely want to enjoy our first years together before being sleep deprived for the next eighteen years.)

For the first time ever in my life, the year is a total blank canvas. 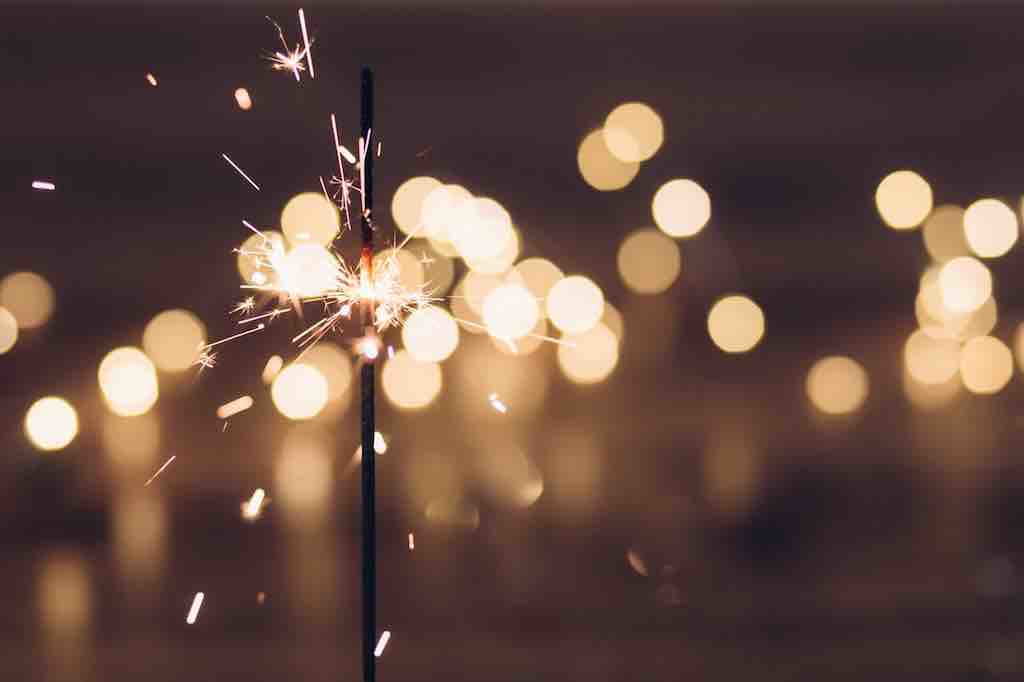 Which is good, right? Or not. I’m not yet sure. I’m the type of person who is easily influenced by others.

Two days ago, my husband and I went to IKEA and we walked passed the plant section once again. The peace lily was blooming gorgeously, and for the longest time we just stood there and wondered whether we should finally buy the indoor plant.

“Should we get it now?” my husband asked.

“But where would we put it?” I mean, we’re living in an apartment, remember.

“On the side of the sofa? Where the Christmas tree is?” he said.

“True also. But the peace lily is exceptionally good now. Last time it wasn’t this good,” he said.

And with that comment, I was back to square one, contemplating whether to get the plant or not.

(In the end, we decided against it. Mostly because I don’t want the apartment to look more cluttered that it already does.)

Perhaps my indecisiveness is a by-product of being the youngest—I’m used to have sisters to ask for their second, third, and fourth opinions on something. And since I have no idea, no plan, no goal whatsoever in this new year, I keep being influenced by what others think I should do: resuming my life that’s been halted ever since my master’s graduation, and get a job.

In that regard, my father tells me to totally chill and really find the job I want instead of applying blindly to anything. My mother, on the other hand, tells me not to be too picky. Or just start selling homemade cakes from home. Ha. My sister occasionally asks the career progression status, and doesn’t really comment much, but I have a feeling she doesn’t really approve of me doing nothing. A friend tells me to work part time instead of full time—she said it’s really tiring to work full time after a hiatus.

Sometimes I regret doing such a broad degree like the media, because if I study dentistry it would be straightforward: I’d be a dentist. Or a dietician. A physiotherapist. Psychologist. Doing a media and communications degree means you can actually do a lot of things. And given too many options, combined with having a lot of interests, makes me unable to choose.

So here’s the first resolution in 2018: figuring out what I actually want. At the moment, all I can think about is trying the new recipe I’ve pinned on Pinterest for some time. (I’m a bit obsessed about cooking for the past few months.) Perhaps tomorrow I’d fare better in putting on my career–thinking hat.

Twenty eighteen is definitely the year of the unknown for me. I guess I’ll be needing that little bit of faith.