It’s been a year since I bought my own domain and write regularly on this platform. It’s been a privilege, really, to be able to share my stories with many of you, on whom some I know, and some I don’t.

Thank you for walking this journey with me. Really. Even when first and foremost I write for myself (and that one person I always dedicate this writing to: you), this blog will be just another noise in the air without your footprints. Thank you for believing in me. Thank you for supporting me when I believe I write shit. Thank you for reading. Thank you for casually mentioning that my writing has made your day.

Over this past year, many things have changed. First of all, I’m no longer a final year student who begged for holiday to come sooner. I’m a fresh graduate with a job at hand, trying to not miss (too many opportunities) that life offers. I’ve been back in my hometown, Jakarta, for over six months, and even when at times I wonder what on earth I’m doing here and not there in Melbourne, I think I did make the right decision. I get to experience new things that are beyond my wildest imagination.

And yet, I wonder how time flies, because really, it does.

When I was back in high school, I remember counting hours, minutes, seconds to the time when that bell was going to ring. Time was slow back then, so slow that I often wondered what I’d look like when I’m 17, or 21. Then I went to university, and I felt that time was moving faster a bit. There was always an exam after exam. Another assignment after assignment. But suddenly I was walking to the stage, receiving my hard-earned certificate and the best wish of luck.

Another blink of an eye, and I’m five months into my first job. 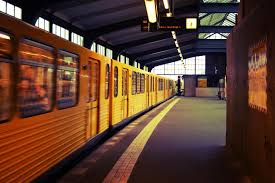 I’m not good with metaphors, but if I may say, time feels like this:

When you were in high school, time feels like riding a bike. It was slow and steady, with some really, really slow moments (when you climb up the road) and some really, really fast moments (when you go downhill). But most often, it was slow. And it was steady. When you stepped into university life, time feels like riding a car. There are moments of traffic jams, which I hate, but there are moments in the highway where you can go 120km/h. But when you are working, time feels like a train ride. There are only short stops and another ride, after another ride, after another ride.

The next thing you know you have arrived at a station-of-nowhere and you wonder on what on earth have you been doing in the last 20 stops.

It’s scary. Really. You keep on wondering on which stop should you get down and which stop should you give more time to before getting back on board the train. Which opportunity to choose. Which decision to make. As months and years go by, you grow up. Not just in terms of aging, but in terms of maturity and responsibility. People expect you to do stuffs at certain age.

You know, if time’s a train ride, which station would you want to spend your time more?

Which station would you invest on?

Which station would you rather not stop?

Which station would you not even bother to look, as you’re sleeping along the ride?

I can wish for stopping only at the right stations. I can pray to avoid all the wrong stations. But that means I’m not living. And living means making both the wrong and right choices, and make them worth it.