I don’t usually post a blog on Sunday, but today’s an exception. Because as some of you may know, my blog’s collapsed (again) this afternoon.

After having my blog crashed for a second time a couple of months back, I don’t dare to dream about anything. So when suddenly all of my posts and pages were gone in a blink, I hardly panic. Okay, maybe I did panic, but it was just a mild heart attack.

To my (slight) relief, all the backup database is still there, which means if worst comes to worst and I need to re-do my blog from scratch, I can just pull the database and import it to a new, working site. I tried tweaking some stuffs – didn’t work.

So I decided to contact my know-it-all mentor who is also my ex-High School teacher.

He told me to contact the website’s host server, so I did. Then I chatted with a few friends on Facebook and told the news while laughing (I was drinking my hot green tea the whole time, I think it helped to calm the nerves).

Luckily, I didn’t get hysterical (like I did last time).

While waiting for the technical people from the server to check the problem (I know, they have the speed of the turtle), I began to venture other options. What’s that? Google. It has saved my life once (when my blog crashed the first time), maybe it could help my life again.

And it actually did.

It turned out that there’s something wrong in the table database and I just need to click ‘repair’, and VOILA! My blog’s back to normal.

It took me one hour from discovering the problem to resolving it. 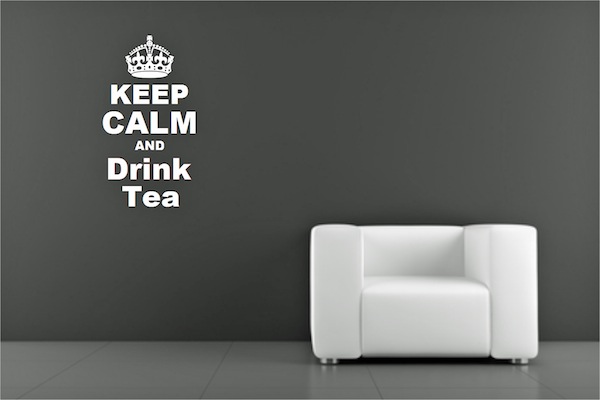 When you are faced with a problem, calm down. Panic will not solve anything (as I learned this the hard way with my previous two crashes), most time it’ll make it worse.

And it helps to know that whatever problem this is, it’ll be resolved somehow (I didn’t yet know that it’s going to be okay, but reassuring yourself that ‘everything’s gonna be okay’ really makes it okay).

Third, it really helps to know that you have got a life insurance (a.k.a. content backup) which is only three-day-old. Without those backups, I will be lighting a fire inside my own room. No joke. I know a friend whose two (or three?) assignments gone due to an accidental spill of his cup of tea on his laptop a week before the due date. To his credit, he managed to re-do everything again from scratch and handed the assignments on time, although he would love to have a data backup in case of accidents happen.

Sh*t happens. Instead of lamenting the problem, get your act together and treat the disease. Like Captain Kirk says, “I don’t believe in no-win scenarios.” You shouldn’t, too.

Of course, I learn all these things the hard way. But today I’m glad I’m able to put all those hard-earned lessons to test.

Ps. If you really want to know, the first time my blog’s crashed was about a year ago. I installed some plug-in which in the end almost destroyed my life as it blocked me from actually logging in to my dashboard. After removing that plugin from the cpanel, the problem’s solved. It took me two or three days to figure out the problem, though. Imagine the stress.

The second time my blog’s crashed was a couple months back, and really, it was the fault of the server (I think). My blog stopped responding and even though they (kind of) denied it, they were moving their host from the US to Indonesia and as a result it took longer and longer to access my blog. After a couple of days, the loading time became better, although I still feel this blog’s loading is the speed of a rabbit. Do you agree?