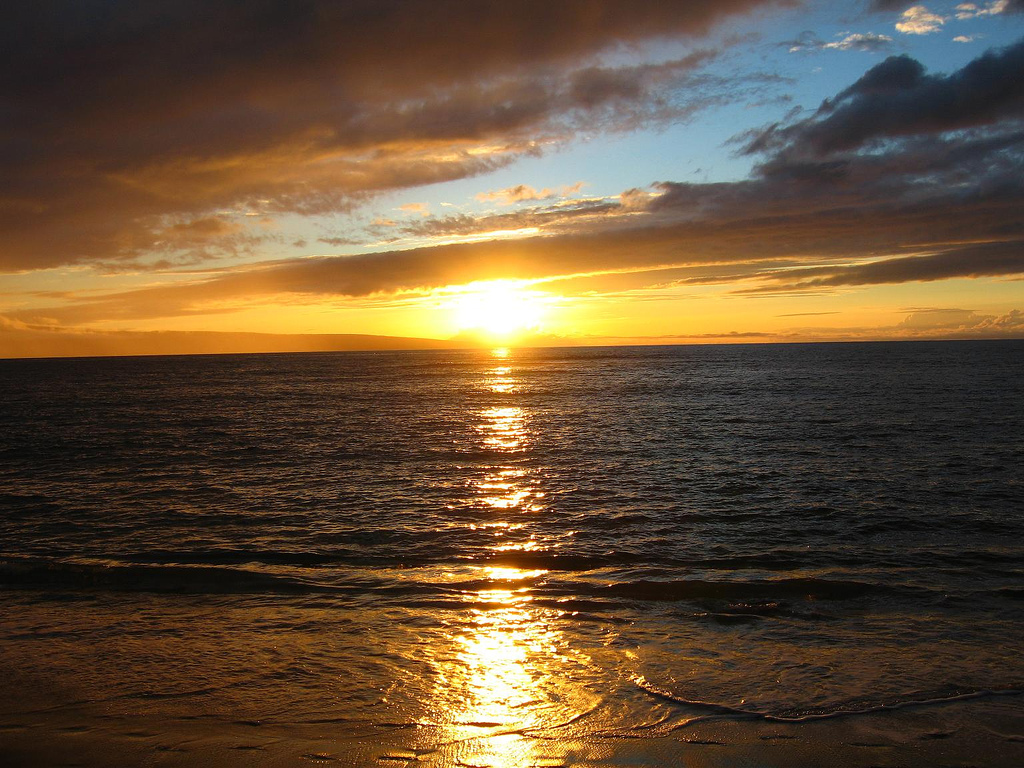 “Tell me that we’re going to be okay,” Hallie said, her eyes transfixed on the horizon as the wind whispered a melody in her ear.

“We are going to be okay,” Blake said, letting out a sigh. He nudged around the sand until he found a comfortable spot, and reached her hand.

“No, tell me the lie. Tell me that we’re going to be okay,” Hallie said, silently allowing Blake to reach his hand. His hand was cold. It was as if he was a stranger.

Blake stopped. He didn’t want another fight. He looked at the sea, the almost setting sun, and the sound of the birds stroking their wings in the air. He had her hand, but she seemed so distant. So distant.

“Blake,” she whispered. This time, she moved her body slightly to the left to face him. “What went wrong?”

Blake didn’t know what to answer. He stood up and cleaned the sand that was glued to his legs. He put both his hands on his pockets, and winced.

Blake sat down once again, putting one arm around her shoulder. She gasped. Blake could feel the rejection. His heart ached for her, but he pretended not to notice.

“Tell me what you think is wrong and we’ll try to fix it.”

Hallie played with her hair. She could taste the saltiness of the sea on her lips, as if reminding her of the state of her heart. She knew this day would come where she would just explode and walk away. She didn’t know how to handle this anymore. She didn’t trust him. She didn’t know what to do. The more he was into her life, the more she wanted to get out. She felt suffocated. Blake made everything wrong.

“Do you want to leave?” Blake asked, his eyes locked into Hallie’s.

“Hal, you told me once that all you want to do is to lie here every sunset. Don’t you want it anymore?”

“Nothing,” Hallie looked away. “You wouldn’t understand.”

“Would you want me to leave?”

“If you want me to leave, just say the word, and I’ll be gone. I’ll be gone from your life forever. There’s enough place in this world for me to not be in your life.”

Again, Hallie just said nothing. She thought of the way Blake made her feel, but she could hardly feel anything, let alone think. Her head rested on his shoulder, and yet she still felt the distance. She was distancing herself.

“Hallie,” Blake pleaded, “I couldn’t help you if you don’t tell me what’s wrong.”

Nothing’s wrong, Hallie wanted to say. Nothing. But instead, she was just silent, staring across the ocean where the sun had found its resting place. It was getting chilly, and she hugged her legs even tighter.

She felt Blake’s arms around her, protecting her from the night wind. He put his chin on her head, and without looking up, Hallie knew Blake was crying. He cried a lot these days. And it was all because of her.

I want a better girl for you, she thought. One that wasn’t bound with the chains of her past.

“I think we should go back,” Hallie said instead.

“Is it because of my family?” Blake said. “I know Dad could be a real jerk sometimes, and Mom always comments on your clothing style, but that doesn’t mean they don’t love you.”

No. No, she screamed. Your family has nothing to do with this.

“Is it because of my pride?”

Blake just didn’t know what to do. All this time he tried to understand Hallie, but there was always too much mystery surrounding her life. He couldn’t understand her. Not fully. Every time he thought that Hallie had opened the door, she would lock it up again. It took him months for Hallie to finally want to talk with Blake. It took him months more to convince her of his feelings.

That Blake had fallen in love with the girl playing with the water at sunset in the beach that day. That he had fallen with her way of smiling and splashing and not giving a care of anything, or anyone. That when the powerful wave suddenly came and knocked Hallie down, Blake ran and caught her. That the first time he looked into her eyes he promised that he would fall in love with those eyes every single day.

No matter how much Hallie wanted to believe, she knew, deep down, she couldn’t.

And Blake understood. He waited. He waited and waited for days and months and years. He still did. But with every word and every sunset he grew more restless, more hopeless. He knew that carefree girl who played with water was still there somewhere. But no matter how hard he tried, he couldn’t get to her.

“We should go back,” Blake finally said. “It’s getting late.”

Blake stood up. He walked a bit and crouched to get the sand away from his feet, but in truth he was wiping his tears. Hallie knew.

He stretched his hand to her, picking her up. Hallie wondered if that hand would ever be stretched out to her again.

They walked back, silently, slowly, hands locked to each other. As the trees danced solemnly to the wind, Hallie finally realised why everything was wrong.

Because Blake made everything else in her life felt wrong.