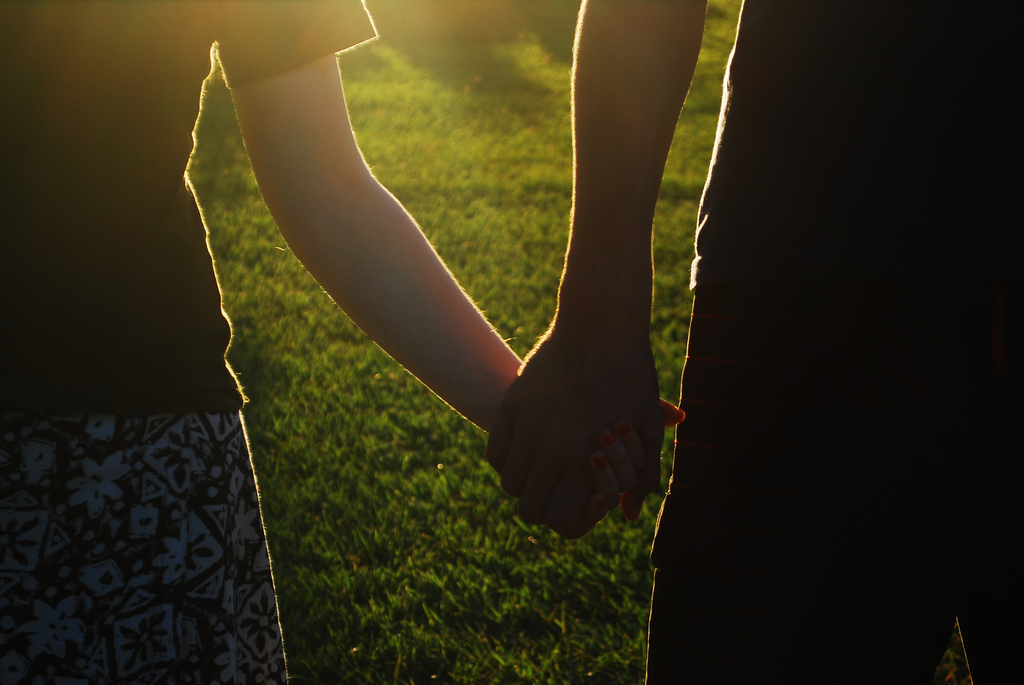 Date someone who walks you home. Someone who doesn’t mind taking the long route, the detour, the extra hour from the comfort of home. Someone who feels better if he knows that you’re safe and sound, before he kisses you goodnight and starts his other journey alone.

Date someone who walks you home. Who doesn’t do it when it’s convenient for him to do so, but who does it even though he needs to travel one hour and fifteen minutes back to his own place without the comfort of a car. Someone who does it, because he cares.

Date someone who walks you home. Someone who knows you are old enough to take care of yourself and to go back by your own, only to say no everytime you suggest he doesn’t need to send you home tonight. Date someone who sends you home not because he tries to be a gentleman, or has to become one, but because he wants to.

Date someone who walks you home. Who despite every wrong thing you have done, your safety is more important to him than anything else. Who despite his tiredness, his exhaustion, and his want to just head home and hit the pillow, he still makes sacrifices for you. For he still puts you above his needs.

Date someone who walks you home. Because this small, expected, and often overlooked gesture is simply, irrevocably, love.