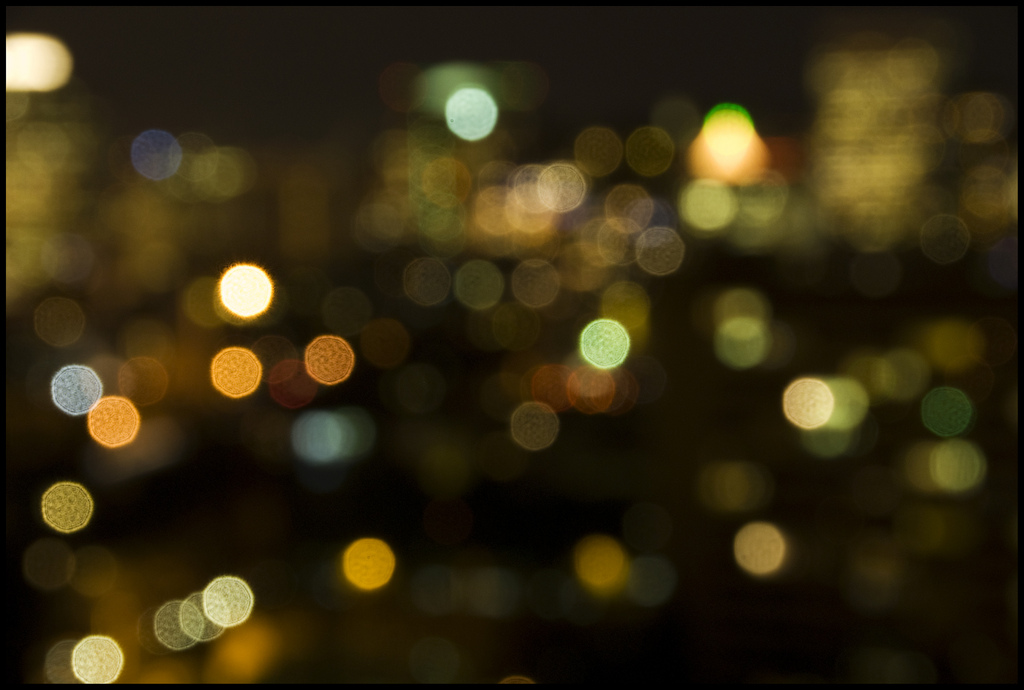 She had left this habit long ago in high school when the boys made fun of her. But today, especially today, she needed those nails back. It provided her with the familiarity that life was still what once it was. She needed to know that.

Pam took a deep breath. It had been a long day for all of them, and once she overcame this, she would be done. A nice, hot bath, she mumbled. That was the first thing she would do when she got home.

The young woman in the podium began to cry. She couldn’t finish her sentence. Pam wondered if she could finish hers.

Of course you can, she heard Jon said. You are always the strong one. He smirked, half teasing, half telling the truth. If Jon were there beside her, he would make funny jokes to make her laugh and everything would be normal once again.

She looked to the right, and to the left. Everyone was staring at her.

Pam cursed. She was not ready. Not that she would ever be ready. She hated going out with a group of more than four, let alone talking in front of a hundred. All because of you, Jon, she muttered under her breath. All because of you. She put away her right hand, stood up, and walked shakily towards the podium. Her left hand was still squeezing the paper which had the perfect copy what she should say. It took her forever and a haunting feeling from the stares of hundred to finally reach the mic. She took a deep breath.

“Good afternoon, all,” she said.

Pam tried to open her note and read it, but her brain couldn’t process the words. It was as if she never learned how to read. Pam was about to burst into tears, when suddenly she caught a glimpse of Jon smiling at her. She paused, and put away her note.

“When I first prepared this talk, I asked Jon a hundred times, ‘What would you have said?’ I imagined he would lean back in the chair he was sitting, crossed his arms, looked up to the ceiling as if thinking hard, and said, ‘I would tell a joke, and the people would laugh, and then I would begin.'”

The crowd erupted in small laughter.

“I didn’t have any joke, but I hope you’d be nice enough to pretend to laugh along with me. It was what Jon would have wanted,” Pam said, smiling, her muscles relaxing.

“I first met Jon in the school camp. He was this boy of sixteen with an enormous appetite for being accepted and sky-towering need for having pride. I was the shy one. I didn’t become friends with someone so easily. I was bullied in Junior High and I didn’t want anyone to step into that territory of mine ever again. So I shut the door to everyone.

“Jon was the first one to open the door. Him and his sly jokes. He noticed that I love books, and we became good pals in outdoing each others’ readings. Yes, Jon read books.”

“He may not seem like he was the type, but he did. Lots of it.

“We became best friends, and then -,” Pam thought of the young woman, and she grimaced and bit her lower lip.

Pam looked down. Her hands curled tight into a fist.

“He dreamt of becoming a writer. I think it suited him. He was a traveller by nature and stories were his forte. He could make his cousins laughed at Thanksgiving. That was a gift. Storytelling and Jon were like fish and water.”

Some people nodded. Jon’s parents were wiping their tears.

“What Jon did best was that he made everyone felt special. He always had a way to do that. He was a listener, and he would listen to your stories, no matter how long-winding and boring they were. He would not tell you what to do. He would just listen. Then he had a way of making us laugh that even the saddest moment found its light.”

Pam took a deep breath. She could feel the heat on her cheeks and her heart was still beating rapidly, but her voice was calm. She could do this.

“Jon loved fiercely. I think everyone in this room knew that. He cared for his family like it was his life itself and he cared for his friends like brothers. And it was always about the little things. Once, he picked me up from the airport at 3am because he didn’t want me to get a cab. He cooked for his whole basketball team when he was injured during practice. He called Tim to ask him how he was doing when he heard about the accident.

“To those around him, Jon was not just a friend. He was our brother.”

As her voice disappeared, Pam prayed for strength to overcome.

“As with all of you, I wonder about the life that he would have if he lived to 80,” she choked. Her eyes struggled to not let down a tear.

“I wonder what kind of father he would be, what difference would he make to this world, what world would he change during his journey.

“I wonder about the lives he had not yet touched.

“But most of all, Jon taught me to love myself. To accept myself. He was the reason that I was still here, standing in front of you, although I do hope he chose a different person to share about his life rather than me.”

Through their tears, the crowd smiled. That would be Jon. He always had a way to lean on the side of wonder.

“What Jon would have wanted,” Pam whispered, “is for us to pay it forward. We had Jon in our lives. Let us become Jon to somebody else. Everyone needs a Jon in their lives.”

Pam’s eyes were full of tears. She mustered all strength she had left to say the next words.

“I am really grateful I have mine.”

Pam stopped. She didn’t have any voice left. She kept on staring at Jon. Is it enough? she whispered. Have I given your life what it deserves?

Later that night, in the comfort of her apartment, Pam cried. She wept and wept until there were no tears and no strength left in her frail body. She had tried to be strong. For Jon. For his family. For the people. But she didn’t know how to be strong for herself.

She reached her pocket and took out a box. Years earlier, Jon had asked her the question. She was scared. Jon waited. But she disappeared. Now, she wondered of the life that could have been.

As the night went to dusk, Pam curled beside her bed and stared at the cold ceiling. She hugged her legs even tighter, and prayed that one day she would find happiness once more.