Most of us do have a drink every now and then, especially when it’s Friday night and all you want is a nice, handsome-looking beer while watching a movie and having instant noodles for dinner. Noted, it’s my perfect Friday night, but perhaps yours is not much different.

Anyhow, people say (and science clearly states) that people under alcohol influence can’t do most stuffs properly. That’s why breath tests are conducted on weekends to avoid drinking and driving. So I’m curious. I have currently finished a bottle of beer and about to have a glass of baileys. We’ll see if it will influence my writing in any way.

So this post will be unedited for most parts – except if I wake up tomorrow and realise everything I write is going to jeopardise my life.

I guess you’re wondering now. What’s this post about? 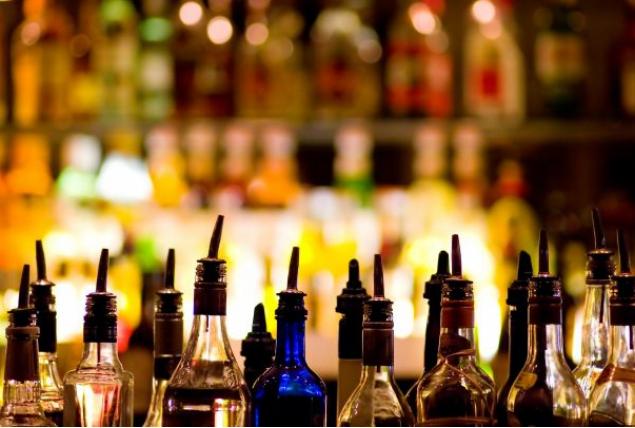 I first had my alcoholic beverage when I was eight. Or somewhere around that age. It was during a family gathering at a Chinese New Year event at a relative’s house, and my grandfather’s sister’s husband from my father’s side really loves to drink (he still does). My second sister, who is four years older than me, had a glass of wine and I decided to try a sip.

Like every kid, I didn’t fall in love with wine at that very second. It was bitter, and I still fancied something sweet.

It wasn’t until a couple of years later, when I had my best red wine in the whole wide world (if I’m not mistaken, the red wine we opened was about 15 years old), that I fell in love with wine.

From there, I started to drink red.

During Chinese New Year, my relatives started to know that my second sister and I are good drinkers – and we both love wine. My grandmother from my father’s side is a great wine drinker as well (that was before she has problems in her colon, although all is well now). We can tolerate a good deal of drinking too.

But alcohol is something that’s reserved for special occasions. My parents were never drinkers themselves (although now my Mother drinks whatever I’m having at the moment), so I didn’t actually grow up with alcohol.

So when I studied overseas (a.k.a. Melbourne), you can imagine my delight for getting relatively cheap, good wine at an arm’s length.

So I began to drink widely.

I can now say that Shiraz is a good red wine, only if it’s really good (the cheap ones are dry and bitter). For safety, always go for Cabernet Sauvignon or Merlot. If you are a non-wine drinker but don’t know what to order, just go for white wine – Sauvignon Blanc (they are usually more normal compared to red wines that have an incredible range of taste). Or better yet, if you just want something sweet and alcoholic, go for dessert wine. They never fail the girls.

If you are a non-alcoholic drinker, just order Lemon Lime Bitters when going out to a bar. It’s just a way of saying that you don’t drink alcohol but respect those who do.

So… Where was I? Oh, wine. I personally love good reds but have the stomach for all desert wines. But most of all, I love port – they are the almost-whiskey-taste-ish liquid without the 40% of alcohol label (okay, port has half the alcohol percentage of a whiskey).

Stuffs I hate? Cocktails. Be it Mojito or Sangria. Or some fancy names with a combination of blue, sun, moon, riser, and blah. A friend says that I just never had a good cocktail. Maybe you should buy me one.

Oh, I don’t really drink spirits too, like Vodka, Jack D’s, and their siblings. I drink alcohol for pleasure, not for being knocked out.

This past year, a good friend of mine introduced me to beers. And I actually love them. It’s light and casual and perfect for almost every occasion that demands casual talk. I don’t drink the dry-ish lager types, but I love almost ever German beers and the pale ales and wheat-ish types.

And I love Baileys. At times I forgot it has 17% of alcohol inside.

People usually judge alcohol drinkers into two categories: either you are a heavy drinker, or you want to be one of the the ‘in’ crowd. But what if you just want to have a drink for pleasure every now and then? It’s a good thing to ease the tenseness you have when you are talking with friends. It makes you more open. It makes you more relaxed. Of course, drinking must be done in moderation, and a good drinker knows his own limit, but it doesn’t mean every man who drinks is a bad one.

I love alcohol. And I drink for pleasure. I can be your coffee buddy or beer pal, and I love trips to the wineries. However, at times, I have that uneasiness to say that I do drink. Somehow, it still has that stigma embedded with it.