Despite my physical appearance and my heritage, I don’t speak Chinese. My great-grandparents traveled from China to Indonesia by boat when they were expecting my grandmother (from my Dad’s side), so I’m either the fourth or third generation Chinese Indonesian.

In Melbourne, Chinese people come to me saying things in Chinese. This will be followed by a somewhat ashamed smile and a shake of my head.

They will then act surprised and withdrew quickly, leaving me standing with my head down, occasionally thinking, ‘Why didn’t I pay more attention to learning Chinese when I was young?’

My Dad speaks it. My grandparents speak it. My Mom can listen to it, but not really speak the language. My two sisters and I know what ‘Wo ai ni’ means and probably that’s about it. Sometimes, I blame the Suharto era – if he didn’t ban the Chinese to talk in our native language and celebrate the culture, probably I wouldn’t be as estranged as I am today.

I do listen to Chinese songs, though, even when I don’t understand the meaning. There’s something comforting in listening to the language that’s been a part of your history, although I can’t quite explain what it is. Probably it resembles a longing towards your long lost home.

Two years ago, my partner and I were going through a rough patch in our relationship. We were in a long distance relationship, and he flew back to Jakarta for the weekend to visit me. He surprised me by showing up at my workplace, and gave me a gift: a couple’s watch.

On the back, there’s a Chinese inscription, ‘Tian chang di jiu’. 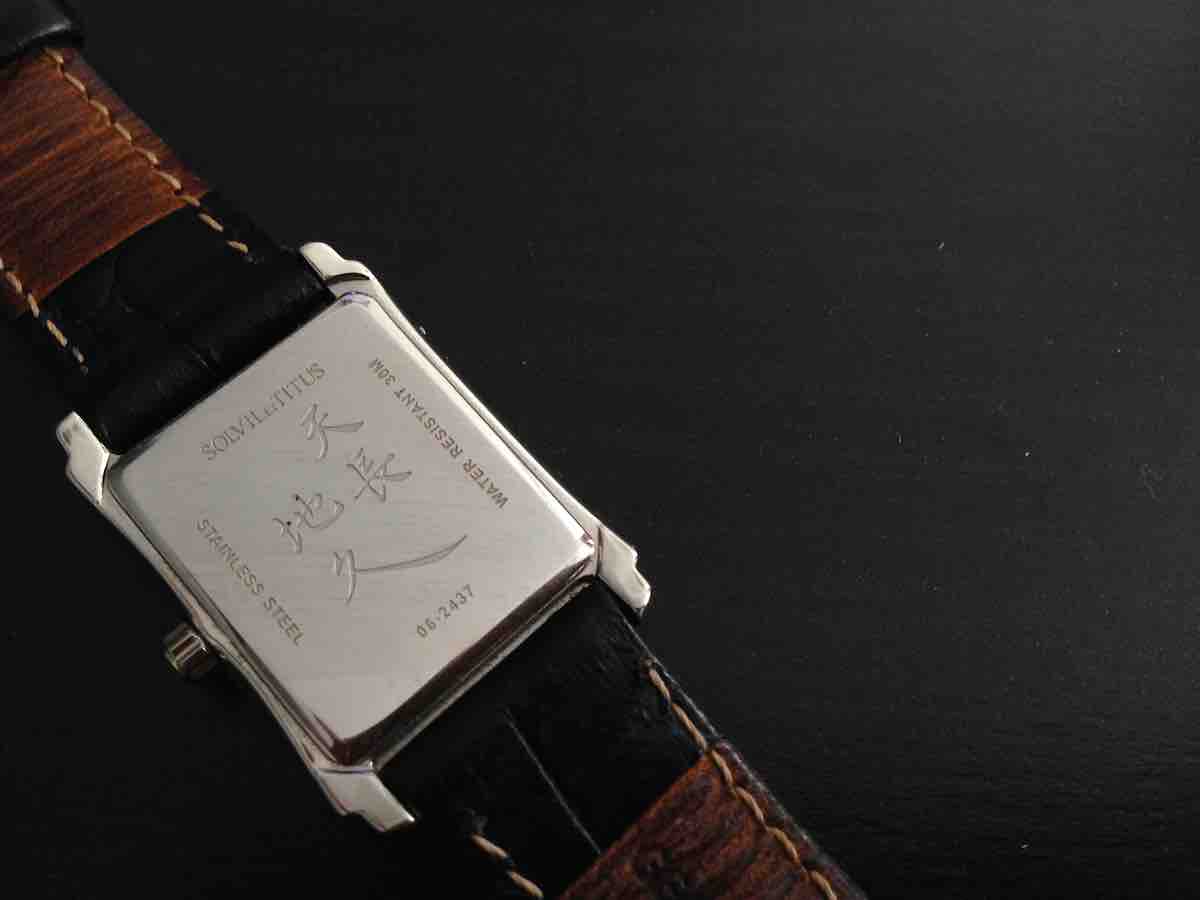 Of course, at that time, we both had no idea what these words mean. I showed it to my Dad and he translated them for me.

‘Tian’ means heaven, or sky. ‘Chang’ means long. ‘Di’ is earth. And ‘Jiu’ means for a long time. ‘Tian chang di jiu’ means as eternal as the heaven and earth. Or in simplified meaning, it means love forever, for as long as we live.

I think that’s really beautiful. And those words really got us both – it was one of the turning points in our relationship.

I’m not Chinese by Chinese standard. But there’s something more, something wonderful about going back to your roots, especially in the middle of the ever-growing globalisation.

You know, probably even when you’ve forgotten what or where your roots are, they are still calling for you, deep down, in the back of your conscience. Probably appreciating where you’ve come from is the way you can go forward, as those stories build who you are.

‘Don’t forget your roots’ is such a cliche, but probably it becomes a cliche because it’s true.