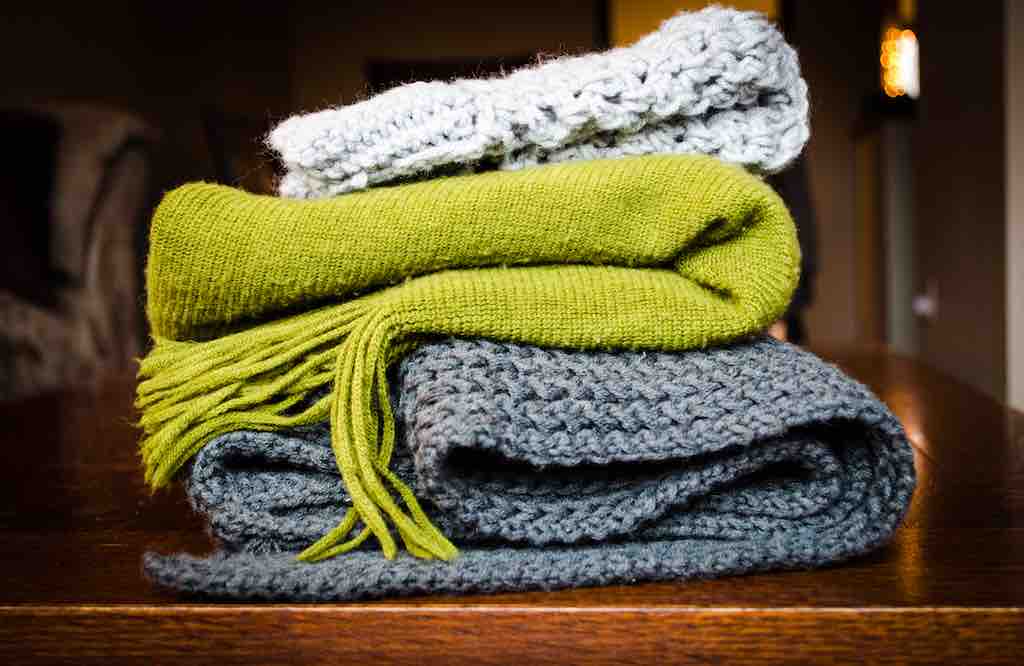 Some years ago, I went through my closet and took out clothes that I couldn’t and wouldn’t wear anymore. The “couldn’t” clothes were easy to choose: most of the things that didn’t fit should go. I said most, because I was definitely still keeping that dress that I haven’t worn even once because I’ve gained weight since. One day.

The “wouldn’t” clothes were more complicated. I know there were a lot of skirts that I’ve outgrown, but they were still in perfect condition. And I’ve probably only worn them twice my whole life. Not to mention the t-shirts and baggy jeans that have gone out of style.

After a few hours of deliberating, I’ve finally made my decision. It wasn’t bad—I actually managed to take out two tall piles of clothes, which were going straight to the donation bin.

My mother saw me tidying up, so I asked her to go through the pile, just in case. “This one’s still good,” she said, taking out the red tank top out of the pile. Then she noticed the baggy jeans and made a disapproving look. “That one’s quite expensive, you know,” she said, putting it on top of the red tank top. And so on.

In the end, three-quarter of the clothes went back to my closet.

That day, I learned two things. One, is to never show Mom that you’re doing spring cleaning. Two, is that the original hoarder in the family is my own mother. 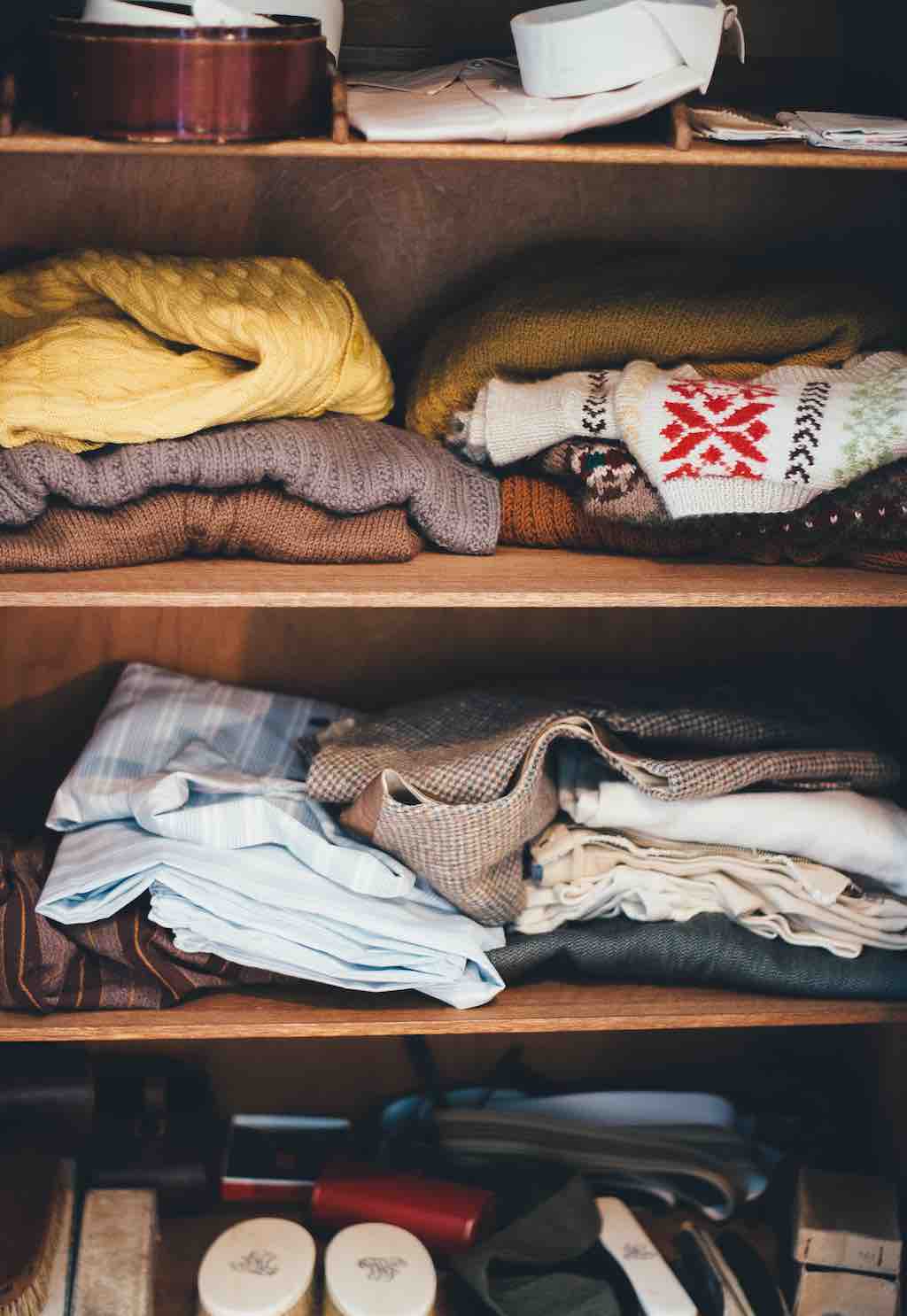 Yes, I am a hoarder. I’m not too bad now, but way back when, it was so hard for me to throw things away. I tend to hold onto books, clothes, kitchen utensils, and other random things, even if I know I wouldn’t read them, wear them, use them, or simply learn to like the sight of them in my own house.

I have a reasoning too: I’ve paid for most of this stuff. Throwing them away means I’m literally burning the money. Keeping them means I still hold onto the money, even when it has depreciated in value.

My fiancé Tjok, on the other hand, is not of the sentimental type. He goes through his clothes regularly, throwing away the old t-shirts, even when I think they are still wearable.

“You keep on buying me clothes,” he said, and he is right. Two-third of the clothes he owns now are from me. “I have to throw some away to make room.”

My logic would be to get a bigger closet, but hey.

Thus over the years he’s taught me to be more ruthless during my cleaning session. Sometimes I succeed, sometimes I don’t.

Today is of the latter time.

Why do we keep things that won’t do us any good? Why do we hang on to stuff that’s just filling space in our lives?

I’m making some room on the bookshelf and there’s this one book that I really hate. Yes, hate is such a strong word–something that I rarely use to describe a book, but I genuinely have an intense hatred towards it.

I know that I wouldn’t read it again, but at the same time it’s hard for me to part from it. What if, years from now, I’d want to actually read it? What if I regret my decision?

But then again, isn’t this something that we do all the time?

Why do we keep things that won’t do us any good? Why do we hang on to stuff that’s just filling space in our lives?

I know that having an extra book on the shelf is not a really big thing, but change the book into that rejection letter you have the other day. Or a recent failure.

Change it into a negative comment that an acquaintance told you—something that weighing you down nowadays. 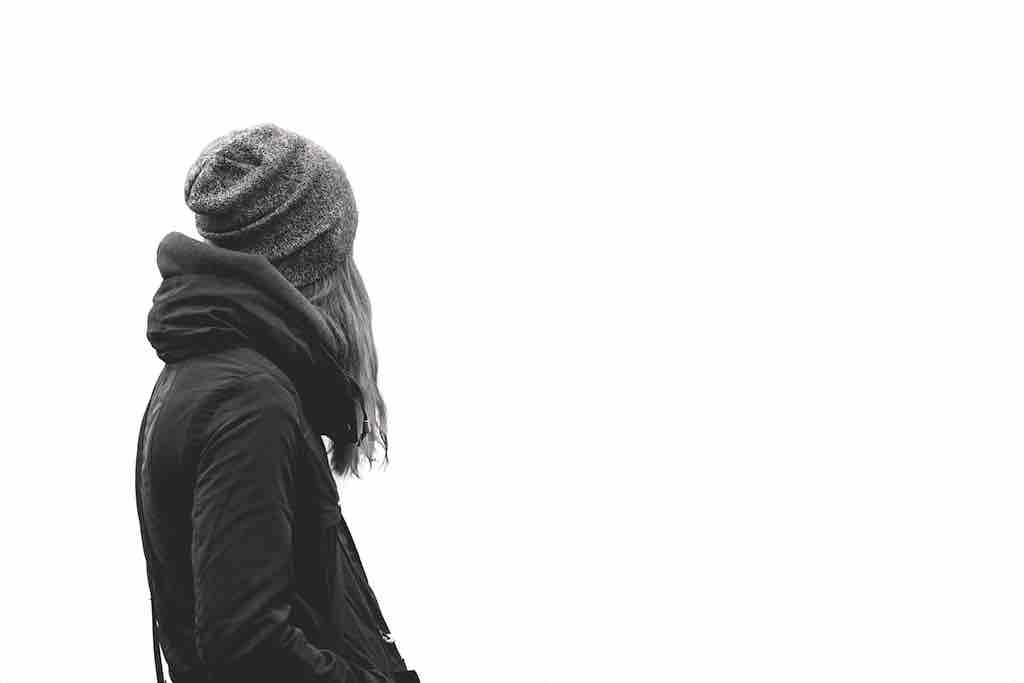 Last week, I was in the car with Tjok. I was telling him a story about being bitter towards some acquaintances because of what they did. This happened years and years ago. Yet I still recounted the story with venom on my words, as if it just happened yesterday.

When I was finished, Tjok said, “It seems that you’re still not letting go.” I didn’t want to admit it, but perhaps he was right. I still could feel my anger boiling. My face was hot. My voice was raised. I was going on full defensive mode, telling him that I was over it.

Today, looking at that book that I keep on putting back on the shelf even when I know it doesn’t belong there, I finally realise that I’ve been carrying that negativity all these years. And I’m reserving that space that could have been filled with other things. Good things.

So I took the book, ran through the pages one more time, and put it away for donation. Next was making peace with the heart, which was trickier, but needed.