Those who hate it, hate it, and those who love it, love it. And I love it. 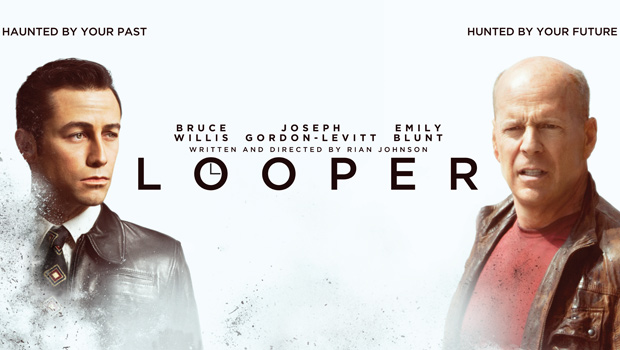 Looper tells the story of a hired assassin, Joe (Joseph Gordon-Levitt), who receives orders to kill people and dispose their bodies without trace. The twist is, the killed people are not from his time. They are the people from the future, 30 years ahead.

“Time travel has not yet been invented. But 30 years from now, it will have been.”

Although the future has invented time-travel, it is considered illegal, and thus only exists in the black market. So when the mob wants to get rid of someone, they would send them back to 30 years back, get the Loopers to kill them, and make all traces disappear.

One day, Joe is at the usual place, getting his order to kill. But then he looks at the man’s eyes, and he realises something. The man is him, from 30 years down the road.

He is ordered to kill himself.

“I work as a specialized assassin, in an outfit called the Loopers. When my organization from the future wants someone to die, they zap them back to me and I eliminate the target from the future. The only rule is: never let your target escape… even if your target is you.”

The movie’s concept is undoubtedly brilliant. I get the same feeling I had when I watched Source Code, and I get the same angst I had when watching Seven Pounds. Only, this movie is darker, and crueler. And in a sense, there is no protagonist or antagonist – which actually, represents the reality a little bit better.

While not all of my friends like the movie, I am very much drawn to it. Bruce Willis plays the old version of Joe, who shares the same memories, similar personalities, but different views of life. And no one can possibly not like Joseph Gordon-Levitt. He’s just wonderful.

While I would love to talk nonstop about the movie, I would do all of you a disservice for divulging all the secrets. Those of you who are interested in my views, well, seek and ask me.

There’s this one thing though: there’s a reason why time travel is illegal. When a time travel is used, the balance tips off, and the past, present, and future meld together, creating new memories while trying hard to keep the old. And the future will always change. In the end, nothing makes sense.