What’s a movie without politics and a few great twists? 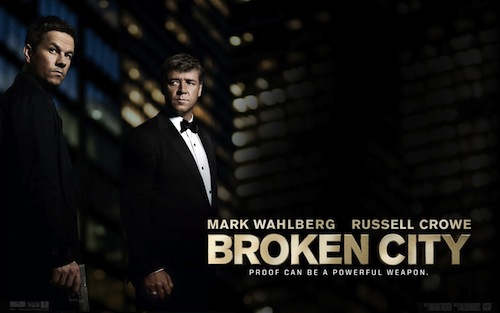 Broken City (2013) was such a broken story. There’s Billy Taggart (Mark Wahlberg), an ex-cop who was once trialed for the death of a suspect of the case of murder and rape of a 16-year-old girl. Then there’s New York City Mayor Nicholas Hostetler (Russel Crowe), who is too clever to leave a proof of whatever he’s doing.

Then there’s a city, broken. Believing in the system, trying their hands on having justice. But truth is, without power, nor money, you’ll fail.

Yet there are debts to be paid, and redemption to be fulfilled.

Full of twists, you would not guess how the story goes by the first ten minutes, nor by the last twenty minutes. It was during the final moments that the truth is projected, plain and simple, for you to judge what fate should befall these two men. And the price that must be paid.