But it doesn’t mean that it would not happen.

Over time, I have realised that there a lot of rejection cliches that as if the fact of getting rejected is not bad enough, the cliche makes the rejection feels 100 times worse. Of course, I’m guilty of saying some of these cliches too. 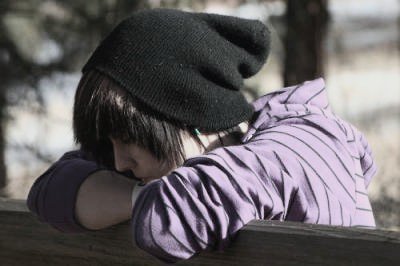 While this statement may be true, if it is said just because it’s another cliche, it would crush the guy for real. I have a friend who was rejected by this very statement, only to see her being ‘in a relationship’ with another guy one week later. If it’s not too much, I don’t know how else to say it.

2. “I don’t deserve you, you deserve someone better.”

Liar. Most of the cases it would be that they like someone else, or they think they are much better than the other party. The one that asks you to be in a relationship is that good, why wouldn’t you want to be with him? Just say that you would be with someone who is not me.

It’s true. But this statement has been said over and over and over again that it looks like a safe option to both: keep the guy on the hook, and freely flirt with other guys as demanded. How can you expect a guy to still be friends with you after you crush his heart? How, by doing that, will his heart be able to heal? Uhm.

I don’t know how the guys are able to take this statement. But while it’s true, it’s the hardest thing of all: to acknowledge that the girl of your dreams falls for someone else, especially when you now that the guy of her dreams is not worth it. Plus, it acknowledges that you have lost. There’s someone else who plays the game better than you.

How to reject someone, nicely

“There’s no nice way of being rejected. Kill me instead.”

Not possible, I said to myself. I have sprained my brain muscle trying to think of a way to reject someone, nicely. You could say or do anything, but in the end his heart will be broken. Or at least, a little bit broken. The door of hope would be shut forever, either by slamming it or closing it slowly.

But there are still ways to minimise the pain. Because closing the door slowly is still much better than slamming it.

When I asked about the nicest ways of being rejected, some of my male friends join the conversation. Here is one of their stories:

The nicest way of getting rejected was: I gave the girl a gift she really wanted, and a note telling her I liked her. We talked about a week after, because we were really busy. She thanked me for the gift and the note, but she said she felt bad. I asked, ‘Why?’ and she said because I had given her something really special but she had nothing to give back…

I smiled, knowing that the answer was really a ‘NO’.

After numerous chats with some of my male and female friends, here are what they think as ‘the guidelines’ to minimise the pain of a rejection.

If you don’t like him, it’s best to tell him the truth. No cover-ups, no vague statements, no trying-to-be-friendly-but-having-no-intention-to-be-with-him gestures. Just plain and simple: I’m sorry, I’m just not interested.

2. Don’t be overly sympathetic or friendly towards him afterwards

Do not text him, call him, or talk to him more than you are supposed to. After being rejected, the door is sometimes not yet fully closed and prone to be opened by the slightest friendly action. Let him be. Don’t let him think that there’s still hope when there’s not.

3. Don’t do it in public, or telling others about you rejecting him

Don’t question his feelings as if he is just playing a game. Don’t make jokes out of his feelings. Don’t laugh and tell him that it’s impossible. You don’t know how bad he likes you, even if he doesn’t show it. Take him seriously. Acknowledge his feelings for you. Be genuine.

Rejecting someone is an ugly process, both for the rejector and rejected. If you have been rejected, cheer up. The sun is still shining and one day, you would meet that special someone that makes everything worth it. If you have rejected someone, take that as a lesson to not sell out hope. And if you must, choose to close the door slowly instead of slamming it.

Have you been rejected? What are the nicest and worst ways of being rejected? Share your stories in the comment section below.