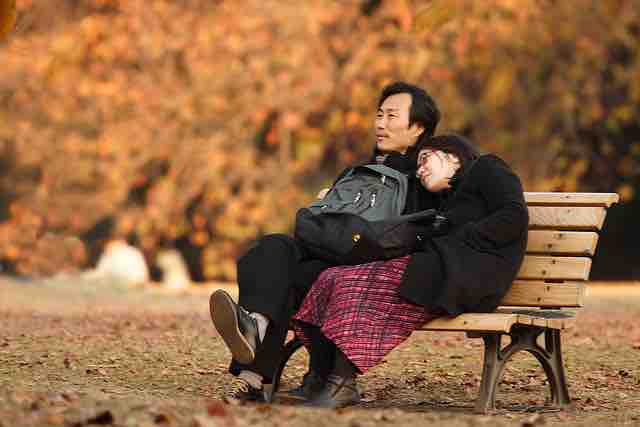 Love should not be effortless.

(And for the record, I don’t believe in The One either. I’ve written about it two weeks ago and it’s gotten heaps of traffic.)

The other day, my close friend and I were talking about relationship and the like. She mentioned that when you meet someone, get together and have a relationship (with the intention of getting married), it should have been effortless, and not effortful.

Somehow, I paused and said, ‘I’m sorry, but I have to disagree with you.’

I don’t think it should be effortless. Why? Because it seems that my relationship is full of effort. Ha! Well, probably it’s true that all our Instragram photos only depict the very best of our moments, but we have bad days, and very bad days too.

We struggled. First, it was age gap. My parents weren’t keen on the idea of me being with someone who’s much older than me. It probably would end up with me being left behind in my older years.

So for the first two years, my parents had their doubts. But after relentless waiting (on his part) and fighting for each other (on both our parts), we were finally given the green light. Having that blessing was not easy: it was something that we earned.

Next, came the long distance period.

For those of you who have never been in a long distance relationship, pray that you would never have to look into his eyes and wonder, how long would it be before I’m in his arms again? Every time you say goodbye, a piece of your soul dies. And you wait, always, for that time when you can say no more goodbyes.

We were in a long distance relationship for two years. It was not easy. We had to put a lot of effort in trying to call each other every day despite our time difference, and still committed and prioritised each other. We faced brick walls – a lot of them.

By the end of it, we concluded that long distance could work, but we would not want to go through it a second time.

It took him six months before finally asking me on a date. It wasn’t effortless.

Probably I’m the only one who’s going through a lot in my relationship. Probably I’m not. I know friends who are battling their own relationship problems, and as far as I can see, none of their relationships is a bed of roses. Both my sisters have their own battles to go through before they get (and are going to get) married.

I know, relationships look perfect on Facebook and Instagram. Sometimes I wonder of my not-so-close friends’ relationships – are theirs effortful? Because with pictures roses and pretty flowers and romantic dates every other day, theirs really look like bliss. But probably they have backstage problems too.

There’s a cliche that says, ‘When you know, you know.’ I’ve been together with my boyfriend for over four years and I still don’t understand this statement. Probably it’s because I think differently. But apart from the thinking that ‘you should instantly know if you’re dating the right person’, I believe it’s more towards our choice – we know because we choose to.

And we choose to work at love, and to work hard on it.