Before I go further to my post, the answer to that question is yes. But of course, first impressions can change.

I was somewhere through my second year of university. I attended a lecture with coffee in hand, readying myself to not fall asleep while knowing I’d fail, and trying to listen to the lecturer who was equally dismayed for the fact that he (or perhaps she?) needed to spend his (or her) two hours of life talking to half-asleep students.

Suffice to say I don’t remember anything about the lecturer, the subject, or how the rest of the lecture went. I just remember three minutes of it.

“First impressions count,” the lecturer said. Well, I was listening.

“In fact, there is a study that shows your first less-than-a-second impression towards a person will determine your perception on him for the rest of your life.”

He (or she) clicked through through the slides and I think it was 0.3 second (the reaction time needed for someone to picture someone’s first impression on anything). Then I zoned out.

The morale of the story?

Even science proves the power of first impression. 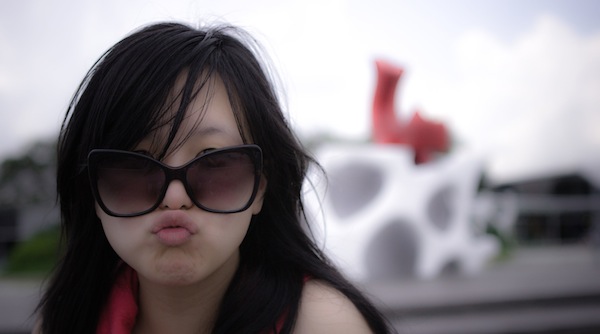 Research has shown that ‘in the first few milliseconds of our perceiving something we not only unconsciously comprehend what it is, but decide whether we like it or not: the “cognitive unconscious”‘.
Wikipedia (yap, I’m no longer a student, I can have Wikipeda as the source!)

My good friend shouted her frustrations to me a couple of months back. She said that boys go for the looks. They care about the physical traits. That’s why boys are likely to drive a beautiful-and-fashionable-girl-who-lives-two-hour-drive-away home and not just-ok-only girl who lives thirty-minute down the road. And why do they care about the physical traits? Because appearances are the first things to be seen!

Plus, the very same research that states the 0.3-second rule says that people who are given 0.3 second to decide and 10 seconds to decide give the same first impression. Meaning? If you don’t give a good impression when telling your name and shaking the employer’s hand, you pretty much will not get the job, despite how good you are during the interview.

Take your high school friends, for example. After going separate ways, somehow you will still remember them as the obnoxious guy who used to pull your hair in class, or as the gossip queen. They have changed, of course, but it’s harder to accept the change. Am I correct?

It takes a lot of effort, investment in knowing the other person better, and willpower to see someone in a different light once you have hit the gavel.