Merely eight months ago, the only few times I slept with another human being in my bed were either with my sister or my mother during a trip overseas. Plus a few handful times when I went on a trip with friends (which could be counted by one hand). Point is: I love sleeping alone. And I couldn’t possibly imagine how I would get used to a permanent human being sleeping by my side, night in, night out.

(I don’t count the times when my toddler-nephew slept with me, because sleeping with him feels a lot different. For one, he tosses and turns more than me, or more precisely, he really does kung fu in his sleep. And after he falls asleep, he’ll be asleep no matter what. Getting him to sleep is the hardest part.) 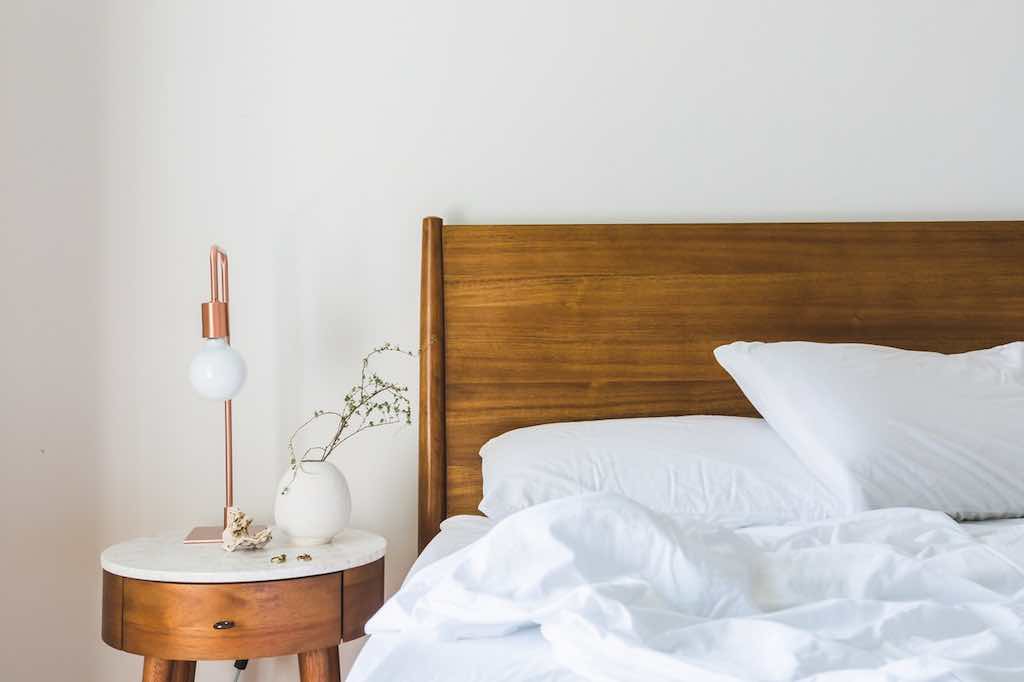 The first few days (and if I’m honest—weeks) of my marriage, it took me a long, long time to go to sleep.

The good thing is that the person’s sleeping next to me is my husband, and since he took a vow in being with me in good and bad times, I feel no restriction whatsoever in terms of my tossing and turning to get to sleep. Another good thing is that he falls asleep quite easily, so I feel more freedom in moving around in bed, knowing that whatever I do will not wake him up that much. (Ish.)

So after weeks (and weeks), I finally learn to sleep soundly with Tjok by my side. It kind of feels like a sink-or-swim situation: either you learn to sleep with another human, or you don’t get to sleep at all.

Then one night, we were out until quite late and Tjok was still in the shower while I was already in bed. It was twelve thirty in the morning. I told him I’d be sleeping first. He said ok.

And I couldn’t fall asleep.

I had the bed for myself and I couldn’t fall asleep. It wasn’t until he went to bed that I, too, finally got to sleep.

Talk about some kind of ironic twist in human adaptation.

My parents have implied this weird phenomenon a few times before: that one doesn’t sleep well without the other. For my mom, it’s even worse: she has to sleep with someone in the same bed.

My mom visited me in Melbourne last year when I wasn’t yet married (and my sister was). My dad went back home to Jakarta a week before my mom due to work commitments. So Mom stayed with me, enjoying our two-bedroom apartment. We have two rooms, two beds. Yet she still wanted me to accompany her.

At that time, I didn’t get that at all. Fast-forward to me being married for months, and voila.

Here’s the moral of the story: you may think that you won’t ever get used to whatever situation you are at the moment, but really, one day, you will.

My friends who decide to go back to Jakarta for good despite it not being their first choice end up making the most of it. Older friends who have kids adapt to function at their sleep-deprived state. Students get used to living alone when they go for universities overseas, and to managing a greater sense of responsibility once they go to work.

Heraclitus, a Greek philosopher, once said that change is the only constant. Adaptability is our friend. It may be hard at first, but hang in there: we’ll (eventually) learn to embrace it.

…Or in my case: embrace it to the other side of the equation.