Earlier this week my friend complained that his housemate’s friends wouldn’t want to go home despite it being quite late.

Yet after the people went home, he suddenly felt sad for his housemate. “Alone again,” he said.

Apparently his housemate is not the type that likes to be alone, not at all.

And the concept sounds a little bit bizarre to me. 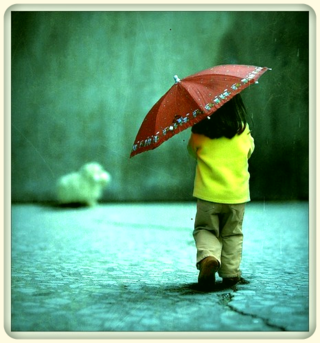 Those of you who know me would definitely see that I’m just not the social type. In a previous post I have mentioned of being an antisocial, because truthfully, being social is a very draining activity to do. Socialising takes a lot of energy, and sometimes, the best thing in life is when you are spending time with yourself – reading a book, writing your journal, drinking tea and daydreaming.

But with the invention of smartphones and the Internet, it’s even harder to spend time alone with ourselves.

Last week, I went on holiday to Bendigo, a rural area two-hour train travel away from Melbourne, to visit my sister who is currently on a ten-week medical rotation there. On the way, I finished a book. It said:

“We are terrified of being with ourselves.”

How can we be terrified of being with ourselves? Don’t we do this often? We are, despite numerous interactions with others along the way, would need to be with ourselves eventually.

In the book, the author wrote,

“Being alone with ourselves can generate reactions ranging from mild distractedness to outright panic. …When we are alone, we encounter everything we have tried so hard to avoid. We face the emotional, relational, and spiritual noise that has been kept at bay by counterfeit good and counterfeit truth.”

Wow. I never thought of anything like that before.

The author went on,

“When you are empty, being alone with yourself is almost always a scary thing.”

Being a writer, I am wired to be alone. Writing can be lonely thing, or it can be the best thing ever. I hold the latter view. I am constantly being alone with myself, trying to reminisce, to reflect, to refine some ideas, thoughts, or lessons that have been learned along the way – something that I would never do if I’m not writing.

Being alone with myself, well, is just a logical thing to do as a writer.

Well obviously, some people don’t even want to consider the possibility..

Some of my friends need constant socialising moments. Even when they are alone, they are constantly chatting with others or on Facebook. And some are so determined to fill every single gap in their timetable with something.

Is it only because that they don’t like free time and would love to make the most of their time?

Or is it because they are lonely and don’t want to be, well, alone?

While the reasons of why people don’t like to be alone with themselves vary, I wonder how much truth resides in the statement. Are we filling our days with a lot of stuffs just because we are scared of the possibility of being with ourselves and dealing with all our unfinished business?

Or are we able to be totally at peace and be honest with ourselves when we are alone?

When is the last time you are being alone with yourself? Without distractions, without the phone, laptop, or Internet connection? Have you been spending time with yourself?