My finger moved faster than my brain allowed. It reached for the trash-can figure and clicked on “Delete note” before I could process what was happening in front of me.

Soon enough, I had lost a day’s worth of writing, which roughly equivalent to 3,000 words.

I searched for the Trash folder, but Apple is a real genius for this one: There is no trash folder on Notes app.

I Googled “accidentally deleted note on iPad”, and some sources mention that it could be on the back-up folders in your emails. I sighed. I was writing since yesterday with no internet access to limit distraction. There was no way it was backed up.

I searched for more options and read that there was a certain app that could restore notes, but it was too complicated.

After a few more minutes of grumbling and deciding what to do, I decided to suck it up, and write again from scratch as the remnants of the work were still there in my brain. 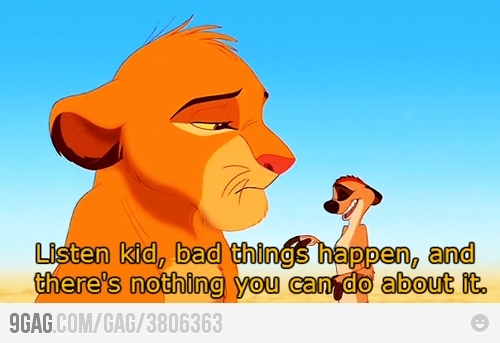 The thing with lost artwork is not about all the time and effort you have spent on that project. Well yes, that counts, but what is more devastating is that you can never produce the same work twice. No matter how much you want to replicate the original word for word, you would always adding or subtracting your work, and it would end up to be a different piece altogether.

This is a big problem especially when you thought that you have done a masterpiece on that lost artwork.

One classmate accidentally poured tea on his laptop three days before an assignment was supposed to be due. The laptop was beyond repair, and he needed to rewrite his already finished assignment one more time.

Another time, my editor-in-chief told me the story of how a designer intern lost her work as the computer shut down suddenly and when it was turned back on, it was restored to its original function, which meant all her work was completely wiped off.

She cursed and cried, saying that she couldn’t do another work like that and even refused to do it again.

My editor-in-chief gave her a pep talk about the harshness of life and that shit happens, you just need to suck it up and do it again.

To her credit, she did do it again in the end.

It happens without you ever knowing if you do things differently, would the outcomes be different? If you just save that document one more time or send the file to your email or remember to put your cup of tea a little further, would that thing still be happening to me?

All we know is that it has happened, and all we can do is to suck it up.

So I took a deep breath, drank the last of my coffee and began pouring another 3,000 words worth of writing which I know were only 35 per cent similar to the first one.

I sure hope they would be 65 per cent better.