I watched Titanic for the thirtieth time last Saturday night with my hot cup of tea and blanket. I was enjoying a very good movie while all those people froze to death. While the musicians played, “Oh, nearer, my God, to thee.” While Mrs. Isidor Straus refused to be parted from her husband and chose to face death together instead. While people begged to live. 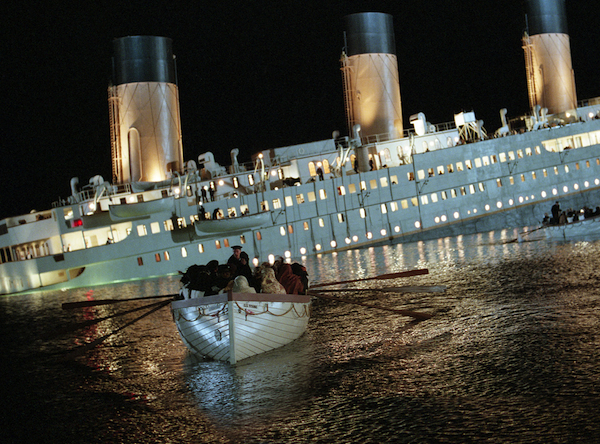 It makes me wonder: if I was on Titanic at that fateful night, perhaps traveling with my husband or my family, would I go on that lifeboat? Would I even have the chance to go? Would I face death like a gentleman, or would I be begging to live?

Suddenly, I want to put one more thing on my prayer list: Lord, when it’s time, please let me die nicely. No pain, no accident, no sickness, no expectation of dying. Just take me.

My older sister, who is a doctor, said to me that the best way to die is by a heart attack. Don’t get cancer, and more than anything, don’t get stroke. Don’t get that brain-attacking illnesses like Alzheimer’s or dementia.

Perhaps Steve Jobs said it best that no man wants to die. Even people who believe they will go to heaven don’t want to die to get there. So true.

Remember Peeta? Remember The Hunger Games? He said one of my favourite quotes ever:

“I just keep wishing I could think of a way to show them that they don’t own me,” he said.

Of course, in a matter of life-death situation is when your character will be tested the most. So let me ask you once again, if you were in Titanic, would you go on that lifeboat?

Would you leave your husband?

Would you live for the sake of your children?

Would you help others to get onto the lifeboat first, or secure a place for yourself?

Would you dare to say like Mr Guggenheim, “We’ve dressed up in our best and are prepared to go down as gentlemen”?

Or like what Mrs. Isidor Straus said to her husband, “We have lived together for many years. Where you go, I go”?

Would we die as who we are, or live as who are not?

Sometimes I think living post Titanic is a lose-lose situation. If I’m a survivor, I wonder if I would be begging for redemption for the rest of my life, knowing my lifeboat didn’t turn back to save the people. Knowing I had not done the best to my ability to save them.

Of course, when I’m actually in their shoes, I would think differently.

Sure, we all think that death is so far away. That all people we know, including ourselves, would live to our seventies and eighties and die one day while sleeping on our bed. That all those disasters would only come to other people that you will never know of. Sadly, my friend, only 3 out of 4 of you would celebrate your 70th birthday. May the odds be ever in your favour.

Last year, my junior in High School was stabbed to death on her birthday. She was only 16. Two years ago, three of my juniors, barely 17, died of car racing gone wrong. A couple of weeks ago, 12 died on Aurora shooting. Things happen.

I pray that I have lived a full life that leaves a legacy behind, and that I would greet death as an old friend.

What about you? Would you go on that lifeboat?