This is a day from the past, in which bittersweet memories have been forged and tried to be forgotten. But that day, she learned something else – she let go. 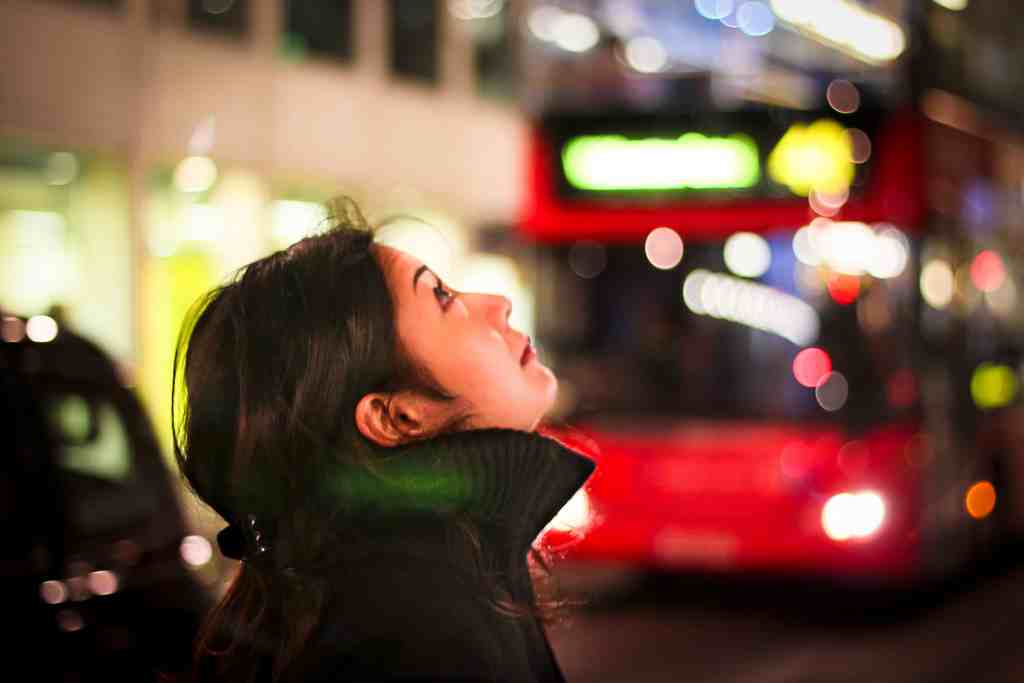 She had been lying awake for hours.

It was not her fault; she just couldn’t make herself to fall asleep. Too many thoughts came to her mind – unwanted thoughts.

She curled under her yellow polka-dot blanket, and started to count to 100. It didn’t help.

She glanced at the ceiling, but to no avail. It was pitch black there – what was the use of opening your eyes?

Groaning, she reached out for her cellphone on the bedside table.

It was twelve minutes to tomorrow.

She kicked her blanket, got up to her feet, turned on the lights, and started to search for something in her closet. Behind the pajamas and the colourful stack of clothes, she took out a small rectangular black box. She smiled sadly.

With the box in her hand, she began to walk back towards the bed. This is going to be a long night, she thought. She sat down, put the box on her lap, slowly removed the lid, and straightaway found two smiling faces staring back at her. A girl, who used to be her, and another boy, who used to be hers.

He was handsome, young, and athletic, or so she thought. He was putting his left hand on her shoulder. In the picture taken four months before, they were standing in front of a decorated Christmas hut at a shopping mall.

The girl studied the faces for a while, run her fingers on his face, bit her lips, and set the photo aside. She saw a letter that she received a year earlier, exactly on her 16th birthday. It was just another ordinary birthday card, but for her, it was enough. Her vision was blurred by then, and she couldn’t read what the words were.

She put the card back into the envelope, and set it aside.

Then she saw it: a stainless steel ring that used to stay on her right index finger no matter what – engraved with her name, the name of the boy in the picture, and a heart shape.

Now, she was struggling to breathe.

Six months ago, the boy and the girl went to a Disney on Ice show, together with their friends. They laughed, took pictures, sat next to each other, and had a good time. After dinner, he suddenly took her hand and slipped the ring into her finger.

She was surprised and happy, and so was he.

Suddenly, the sound of her cell phone caught her off-guard. A phone call from her best friend at exactly 12am. She was officially 17.

After trying to hide her betrayed voice, saying thank you, and pretending to call it a night, she put her phone on silent mode. Tossing the phone aside, she returned her gaze back to the box.

One was taken when they were in the car, on their way home from a badminton practice. Both were in the school’s team, although at first she won against him, in time he showed his strength and won against her. They both loved badminton, watched tennis, and adored Federer. She liked vanilla ice cream, he liked green tea. And both loved Chinese songs.

The first time he met her, she was playing the piano for the school’s chapel. He looked at her, and thought, that must be a lonely, quiet girl. They met a couple of days later at a Badminton practice, and he fell for her.

Two years later, he got the girl.

She had fallen for him for the past six months – hard – but he was suddenly gone.

She glanced at another picture of him, which was her favourite – he wore a long-sleeved white shirt with vertical thin black stripes. He smiled tenderly, and now she remembered his love letters, his funny jokes, and his driving skills. Boy, he could drive, and he was a good one too. She remembered wearing his jacket, and how he liked the sight of it. She smiled, but it quickly disappeared as she was tossed back to the reality.

She closed her eyes, letting a tear fell down. She began to remember the fighting, the hard times reasoning with him, and his broken pride. His pride. She couldn’t do anything. She excelled in her studies, but he didn’t. She continued to say that it didn’t matter, for everyone had their own talents to be pursued for. But he never listened. He always thought of her as a shadow, chaining him wherever he went to – for people compared them, or so he thought.

She remembered his cold eyes when they met at school, and his short, unraveled chats. She remembered him wanting a break, followed by a demand for freedom, or so he said. Nothing happened, just lost feelings, he told her.

And he admitted that he had never been happier.

She let another tear fell. There was not a single statement of apology, not a single hint of cherishing their moments. Why do you chase me for two years, if you are going to run away?

Angry for broken promises, for letting herself opening her heart, for him going away. She could feel that sword called pride piercing through her soul, and she cursed it, hard.

After another silent treatment from the smiling faces that did nothing but stare back, she started blaming herself.

Was it my fault? Did I do something wrong? Have I loved him wrongly? She began to replay every single memory – the hours they spent talking on the phone, the mornings when they did wake-up calls, the mini dates at the canteen after school, and her notes in his wallet.

Feeling betrayed, she took his picture and started to hold it with her trembling fingers. She hesitated, for she just didn’t have the heart to rip it. At least, those memories were real.

The girl cried some more, and while looking at her cell phone blankly for what seemed like forever – waiting for a sign – she knew what she should have done months ago. She opened his messages, re-read the proofs of affections one more time, and with shaking hands she hit delete. Delete. Delete.

She used to say to him that he could be anything he wanted, if he just believed in himself.

She took one last long look at their picture, smiled, cried some more, and put it back into the box. She then made her way to her closet, turned off the lights, and went to bed.

As she curled under her yellow polka-dot blanket, she prayed to God that she would fall asleep soon, knowing that at last, she had the courage to do the right thing.

And tomorrow, tomorrow, she’d walk with her head held high.

There is a happier ending towards this story. The girl moved on, opening heart once more. She met that someone special two years later, and throughout the process she smiled because that night did happen – she would become a different person without it. The boy did ask for apology some years after, and although they have went on separate ways, she wished him happiness.