The Curious Incident of the Dog in the Night-Time is not your ordinary novel. Why? Because it’s written from the point of view of an Asperger’s. 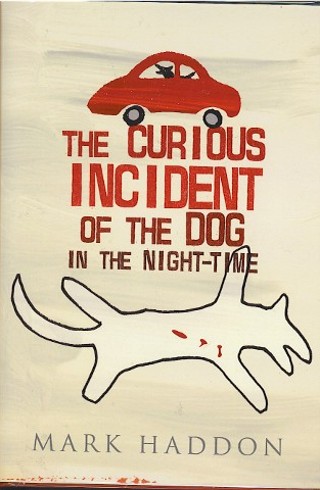 The Curious incident of the Dog in the Night-Time
by Mark Haddon
Rating: 3.5/5

He loves Sherlock, Maths, and Physics. His dream is to become an astronaut.

Mark Haddon as Christopher in the book

I met a boy who’s got Asperger’s Syndrome once. I was interning at one of the best hospitals in Australia and sitting down with a doctor to see some patients. This boy, not more than 9, walked into the room with his mother, avoided any eye contact, and became unsettled. He observed his surroundings quietly, as if we were some sort of threats to him.

He hated to be touched, and he hated small talk. His answers were direct and decisive, and he never answered more than what was asked.

The boy was a genius, anyone would have known that. And when I read this book, I was amazed on how true the novel was compared with the encounter I had that afternoon.

I realised that life is not just different though everybody’s eyes, life is so much different through the eyes of someone who has Asperger’s.

Here’s an excerpt of the book:

For example, this morning for breakfast I had Ready Brek and some hot raspberry milkshake. But if I say that I actually had Shreddies and a mug of tea I start thinking about Coco-Pops and lemonade and Porridge and Dr Pepper and how I wasn’t eating my breakfast in Egypt and there wasn’t a rhinoceros in the room and Father wasn’t wearing a diving suit and so on and even writing this makes me feel shaky and scared, like I do when I’m standing on the top of a very tall building and there are thousands of houses and cars and people below me and my head is so full of all these things that I’m afraid that I’m going to forget to stand up straight and hang onto the rail and I’m going to fall over and be killed.

This is another reason why I don’t like proper novels, because they are lies about things which didn’t happen and they make me feel shaky and scared.

And this is why everything I have written here is true.

– an excerpt from the novel

Although the plot is not something that’s spectacular, it’s suffice to say that it’s different. And sometimes, different is good.

The world is full of obvious things which nobody by any chance ever observes.

Mark Haddon as Christopher in the book