Battle Hymn of Tiger Mother is a story of Chinese parenting towards the extreme. And yet, it rings a bell, and I was surprised on how true this is. 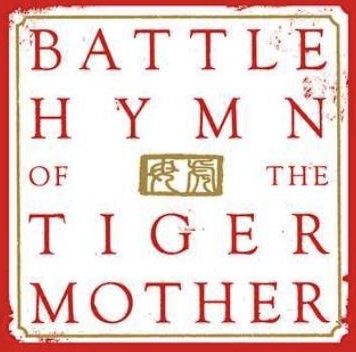 Battle Hymn of The Tiger Mother
by Amy Chua
Rating: 4/5

Being a Chinese immigrant who brought up in Chinese way of living in America, Amy Chua has started to become a real Chinese parent since her daughter is born: strict, demanding, and expect no less than straight As. She forced her two children to play music instruments, and not only play them, but master them in a way as if their lives are dependent on it.

Simply saying, she is a true Chinese parent.

She doesn’t care if she’s being the devil and that her children hate her – she is simply equipping them with skills that enable them to succeed.

Her children never do sleepovers, never practice their piano lessons less than five hours a day, and never get an A-.

Because A- is an Asian F.

Relaxing and doing-what-you-want are never in her dictionary; she always sets the bars high for her children, and even for her dogs.

She believes in the Chinese teaching and that what makes most Asian children get straight As and go to prestigious universities, even that means sacrificing her life for her children.

And yet while her eldest meekly believes in everything that she says, her youngest rebels.

A lot of people wonder how Chinese parents raise such stereotypically successful kids. They wonder what these parents do to produce so many math whizzes and music prodigies, what it’s like inside the family, and whether they could do it too. Well, I can tell them, because I’ve done it. Here are some things my daughters, Sophia and Louisa, were never allowed to do:

Amy Chua’s philosophy in Chinese parenting is the one that I consider the typical Chinese stereotype, hyperboled and passed down from generations to generations as the thing called culture, and we are now receiving only bits and pieces of it.

I didn’t know that Chinese parenting to this extreme still exists.

I still maintained my grades though. I was the top student of my year and ended up receiving four awards on my Senior High Graduation. I guess there was still a bit of Chinese heritage within me.

As a university student studying in the West, I have realised on how different our values are, especially about education. Asians tend to score extremely well in science and math subjects. They are also usually twice as hardworking. How could we not? We are Chinese – and our culture prohibits us to relax and be a laidback person.

Although I must say, I do.

Western parents try to respect their children’s individuality, encouraging them to pursue their true passions, supporting their choices, and providing positive reinforcement and a nurturing environment. By contrast, the Chinese believe that the best way to protect their children is by preparing them for the future, letting them see what they’re capable of, and arming them with skills, work habits and inner confidence that no one can ever take away.

Referring back to Amy Chua’s story, I definitely look at lot like her youngest. I used to be the rebel – being able to play piano doesn’t mean that I like it. And in the end I chose an Arts degree, quite the opposite of what Asians would do.

I drink lattes and embrace the relaxing culture – although not becoming as laidback as the Westerners.

I guess I adopt both cultures.

And when it comes to my future kids, I think I’ll stick to the Chinese parenting, with a bit of Western values inside it. Seventy-thirty combination might do the trick.

The book is a very good read. As controversial as it is, the story intrigues and challenges every value that I hold on high myself. And I’m proud of my Chinese heritage. Highly recommended. 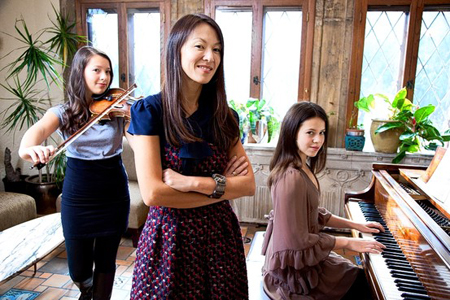 Amy Chua with her daughters, Louisa and Sophia, at their home in New Haven, Conn. (Photo by Erin Patrice O’Brien for The Wall Street Journal)

Do you believe in Chinese way of parenting? Or do you choose the Western way of doing it?