Sometimes, I am quite lousy in saying no to people. Yet sometimes I realise that, it’s the right thing to do.

A couple of months ago I made a terrible mistake. I reassigned one of the stories that has been assigned to me (and I have said yes to it) to someone else (who just joined the team) without really telling my editor first. And why did I do this? Simply because I couldn’t say no at the first place.

Getting a friendly reminder from my editor, my first response was to justify myself. Double mistake. I was responsible for the stories, still am, so technically, I had no right even to state my reasons.

I did say yes. A true professional will do what she has said. And I am not. 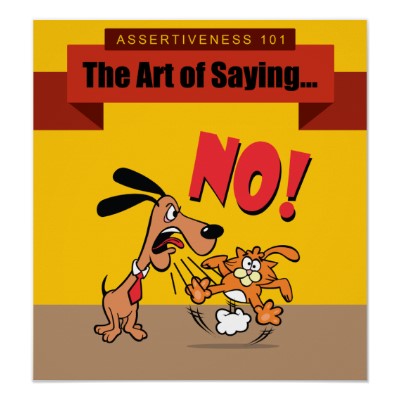 But sometimes saying no is the right thing to do.

It’s better to say no to a request in the first place, rather than trying to make excuses to back off later.

If I have just said ‘no’, I will not find myself in this awkward situation, where I have disappointed my editor (probably), and scarred my own sense of integrity. And this is not the first time. I have seen this pattern emerged over and over and over again. Saying yes to a friend’s invitation only to say ‘I’m sorry’ on the day. It’s not healthy.

The art of being true to your words

But it’s too late. You have said ‘yes’. So what should I do now?

Being true to your words is the right thing to do.

Of course, you might have reasons to not do them. It may be the lack of time, or you can’t possibly juggle between all your tasks and this request.

But the other person is already counting on us. They have put their trust that we will do our bargain of the job. By backing off on what you have said, you will destroy their trust.

And once a trust is lost, it’s hard to be regained.

If you can’t really keep your promise, at least give them the decency to know it as soon as possible. Explain the situation. Offer a solution. Take responsibility.

The art of saying no

So how to actually say no? It’s a tricky business, but sometimes it’s essential to do so.

Ask the person to give you time to think about it, perhaps a couple of hours or even a day, and tell him or her that you’ll get back ASAP. Prioritise the most important things that you need to do first, and if the request is manageable, go for it. If not, it’s better to say no rather than having to make excuses in the end. It will save both party from misery.

2. Know your responsibility and capacity

By being organised and knowing your own to-do-list, you would be able to say no on the spot because you can’t simply cram another request to your agenda. Politely say no, and perhaps introduce another person who can meet the request. Respect and courtesy rule!