My first Bond movie in my whole entire life. Yes, I can see you rolling your eyes. 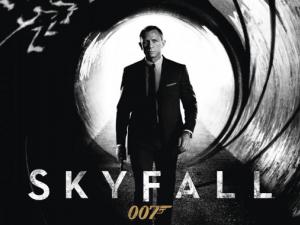 So what it is about James Bond that captures our attention? The fact that he can’t die? Or that his hobby is resurrection? Heroes? Actions? Charisma? Responsibility? Maybe, a little bit of all.

Skyfall (2012), the third James Bond movie starring Daniel Craig, tells the story of a MI6 (British equivalent of US’ CIA) agent James Bond, who got missions from his boss, M (Judy Dench).

This time, the bad guy is a former British agent that had been ‘betrayed’ by M, and he came to seek revenge. Bond is needed for the sake of MI6.

Going all old-school, Skyfall doesn’t introduce any new gadgets (remember Mission Impossible series?). It’s solely an action depicted by Daniel Craig’s charisma, and how he is still human – he can get caught, get shot, and fail. Yet, he is resurrected again, and again.

Although predictable, the movie is surprisingly better than my expectation. Of course, I am not the one who can talk as I do not watch any other Bond movies, but it is nevertheless a good one. I enjoy watching it, and I would recommend this as a worth-watching action movie to others.