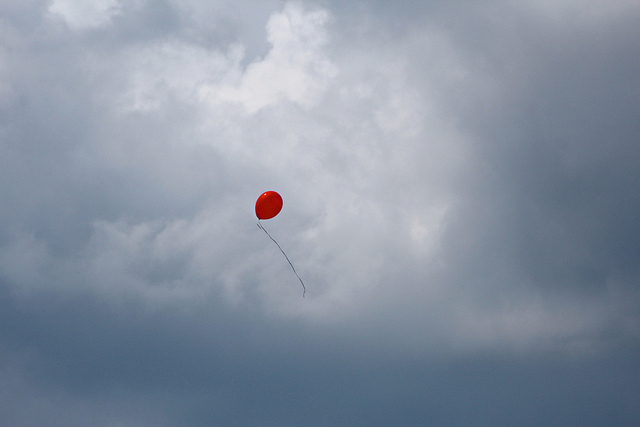 I have only been to two funerals that I remember. One is my grandfather’s funeral from my Mom’s side, who died of lung cancer when I was eight. I didn’t remember the songs we were singing, but I remember we did sing some songs. I remember going to the funeral house at night and talking to relatives and strangers alike. I remember sitting down on the side of the casket, my sisters sitting beside me, listening to the pastor talking. I remember looking down the casket and seeing Kung Kung lying there, wearing a flawless black suit and white gloves, his hands folded on top of his chest. There were two white cottons stuck on his nose holes. I remember the funeral the following morning, where we throw flowers and water to the freshly dug earth.

I also remember the first time I heard the news. That weekend, my parents had asked me to visit Kung Kung in the hospital, and being the lazy child that I was, I refused. The hospital was too far. I had better things to do. I didn’t know that it was my last chance of meeting him alive. Some days after, Dad and Mom went home early from the hospital. Mom was crying, and Dad told me that Kung Kung had passed away. I was standing on top of the stairs on the second level, and I remember sitting down and watching Mom hiding the tears as she rushed to walk up. I remember crying.

More than a decade later, that moment still stayed with me. I had refused the chance to meet Kung Kung one last time.

The second funeral I went had been recent. Empo, Kung Kung’s older sister who had been living with our family for thirty years, died of stroke earlier this year. This time, I got to say goodbye. The last time I saw her was the night before my flight to Japan, saying that I would be away for holiday, telling her to take care. I had kissed her cheeks before I walked away from her room.

I had said goodbye.

I find closure a concept that resonates deeply with my heart. We pay attention to the last words we exchange with one another, just like Marshall caring deeply about his father’s last words to him in How I Met Your Mother. We can’t seem to move on after a breakup unless we know that there’s absolutely no chance for us to be together both in this world and in an alternate universe. We want closure.

Or if death and relationship seem like very serious topics, let’s talk about needing closure in the most basic way. It’s extremely hard for me to drop a book halfway, even when it was a really bad book. I want to know the ending, even if I know the ending would make me hate the story even more. For this reason, I’m the worst when it comes to watching TV series. My parents can vouch for this. When they were watching Korean or Taiwanese drama, I would steal the last episode and went to watch the ending before going back to watch the entire series with them. I couldn’t help not knowing, and the emotional turmoil drove me crazy.

The same way, I flicked through Harry Potter and the Deathly Hallows to its last pages, before reading the book from start to finish.

Of course, most times, I try to resist the urge to know an ending of a movie or a book before actually watching or reading them. Of course, sometimes, I fail.

Perhaps Sheldon from The Big Bang Theory tells it best, comically, on how human nature craves closure. In the episode, Sheldon finds out that the next season of his favourite TV series is going to be canceled, and he is deeply irritated by it. His neuroscientist girlfriend, Amy, tries to resolve the problem by helping him overcome his need of closure. After a series of experiment, it’s suffice to say that Sheldon still couldn’t take not having closure. At the end of the episode, he called the scriptwriter of the TV series and asked for the ending.

It’s funny to watch, but it’s true. In Psychology, there’s a term called ‘cognitive closure‘, coined by social psychologist Arie Kruglanski, which is defined as: ‘individuals’ desire for a firm answer to a question and an aversion toward ambiguity’. Truth is, wanting closure is just humans being humans. And while I’d probably get over not  knowing the ending of a movie or a book, what about other more important things? Relationship, for example? Or death?

Perhaps, when that time comes, we would just have to – ahem, pardon me for borrowing the overrated, famous words of – let it go and move on with our lives. Stephen Forman, a cancer doctor, wrote on Wall Street Journal that closure is a myth, and that humans often associate remembering with not yet moving on. He argued that it’s not true. Remembering is part of human nature. And over time, the pain will be dulled and the wound will fade into scar. But we will remember. That’s why we build 9/11 memorial and celebrate ANZAC day.

Perhaps my need of closure is driven by my compulsive disorder to have a perfect ending on every story. If it’s not yet perfect, well, it’s not yet the end. But truth is, we would always have an unfinished business somewhere. Just like John Green wrote on his book The Fault in Our Stars, people usually die in the middle of their lives, in the middle of a sentence.

Sometimes, I still go back to the exact moment when I said no to getting inside the car to visit Kung Kung in the hospital one last time. I tried to justify my action, arguing I was still a child who didn’t know what she should have done. As I grew older, I realised that I had to accept that I chose, as an eight-year-old, to not go, and it didn’t mean that I didn’t love my grandfather. Because I did.