It always comes as a surprise to me that most people I know hate living alone. And that includes my partner.

He always has housemates, living with friends or with a guardian uncle who took care of secondary school kids when he was studying secondary school in Singapore. But even after he moved to Melbourne to study and eventually work, he has always shared a place with friends.

‘I don’t like coming home to an empty house,’ he said defensively. Well, it’s not like I was attacking him or something, but I’m a real advocate when it comes to living alone.

Unless you live with a family member.

Throughout my five-year stay in Melbourne, I’ve shared an apartment with my sister. Last September, she got married and moved out. Since then, I’ve been living on my own.

And just as my sister said, it’s wonderful.

(Ahem, she once said to me that the period when she lived alone was awesome. In between those five years, I lived in Jakarta for eighteen months. She said she didn’t miss any of my nagging. I used to think that she did miss me, although not wanting to admit it. Now that I’ve lived alone, probably she really did mean it when she said she didn’t miss having me around.) 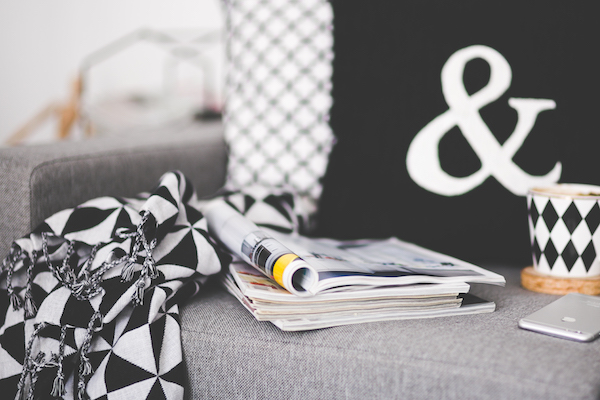 Most people I know are surprised that I find living alone a bliss. I can keep the apartment as tidy or as untidy as I want, and no one will say anything. I can stack the dishes in the sink and clean them when I want to. I can wake up late, sleep early, turn on the TV, put the music volume to the full and no one will complain about it. (Well, my sister used to complain about it.)

The only downside of living alone is the cooking. I’m still unable to adjust my cooking into a portion that will feed me just nice without making me sick of my own food after eating it for three days straight.

Most people I know live with housemates or family. Of course, it’s more economical to live with others, but I’ve been lucky to never have the need to share an apartment for money purposes.

Yes, I’m an avid advocate in living alone. Why?

Mostly for the reason that you will learn so much about yourself.

You get to know your taste, your personality, your ability to take care of yourself. You learn to be independent and to budget accordingly. You realise with utter certainty that you are responsible for your own life—no one’s checking up on you.

You get to be content with being alone—or thrive instead.