Girls, you hear it. Sometimes we are guilty to being high-class snobs that are so demanding to our partners.

We want to be fetched to and from everywhere; we want our boyfriends to pay for our breakfast, lunch, dinner, and movie tickets; we want to be walked home; we want him to open the car door, the restaurant door, and the apartment door for us; and we want them to bring our shopping bags.

We want them to be loyal, cut down their gaming time and their socialising time with other guys. We want them to accompany us to go shopping, to watch chick flicks, and to give us presents on Valentine’s day, birthday, Anniversary’s date, and Christmas day. If our wants are not granted, we would accuse them with saying, “You don’t love me anymore!” and throw tantrums. 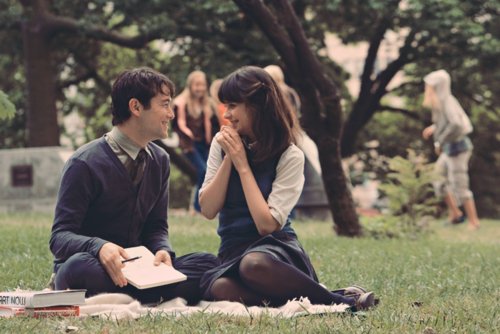 It’s okay to be so demanding to the boys because we deserve it. It’s the norm. When asking our girl friends if whether their boyfriends pay for their first date, we frown if they didn’t. “He’s not a gentleman,” we would comment. And if they let you to walk home alone at 11pm…

I’m not saying that guys shouldn’t do these things. With all due respect, they should. In a girl’s language, these are how the boys show that they care. That they are being the gentlemen.

But sometimes we don’t know how to treat them back. Instead of treating them like men, we treat them as slaves. And that’s not healthy.

Being a princess in the ivory tower is not how you do the relationship marathon. Waiting for the prince to slay the dragon, to save us, and to do everything for us are not the ways to play the game. We ought to do things to them too, to say that “I am investing in this relationship as much as you do.”

Girls, it’s time. Time to treat our partners as kings.

“Dear boys, if you want her to treat you like a King, first you have to treat her like a Queen.”

Have I told you that being in a relationship means a lot of sacrifices? It’s no more being about me; it’s now about us. It’s not for my good, but for our good. Investing money in the bank means you need to give out some real money. So does with relationship.

So what are the things to invest in a relationship? How to make him feel like a man, proud of us as their girlfriends?

Once in a while, don’t go shopping on the weekends. Try investing your time in knowing what he really likes to do in his spare time, and instead of forcing him to accompany you doing what you want, accompany him doing what he wants. It might be watching his soccer practice at 8am, or taking a walk in a park and waiting for him to be done with his camera-taking activities. It might be watching action movie while you really want to watch the next Twilight series.

Stop being so possessive and give him some room to breathe. One way to express your love is to actually trust him. Let him socialise with his buddies. His life doesn’t revolve around you before he knows you, it shouldn’t be revolved only around you even after he does. Know his love language – is it time, physical touch, gift, act of service, or words of affirmation? Surprise him with cooking fancy dinner instead of the usual stir-fries. Go to his house and bring fruits instead of demanding him to go to yours.

It’s true that a man’s wallet will go thinner when he decides to date someone. But it doesn’t have to be 100-0 contribution between the boy and the girl. 70-30 sounds good. Treat him a fancy dinner once in a while. Give him a birthday gift that’s meaningful to him. Surprise him with a ticket to his favourite band’s concert or the next Grand Slam tennis match. Let him know that he is not a cash cow. He is someone that you respect, and by doing this you acknowledge all the things he has done towards you.

What girls should do to their partners

If you are treated like a queen, it’s time to treat him like a king. For he deserves it. For we want to be his queen. Remember, score cards don’t belong in relationships.

Be selfless, be genuine, and be the kind of girlfriend that he’s proud of.