Night life. It is the thing that I never know, and the one I never really will. Even by studying in Melbourne with a culture different than my own, I have never even set a foot in a club. 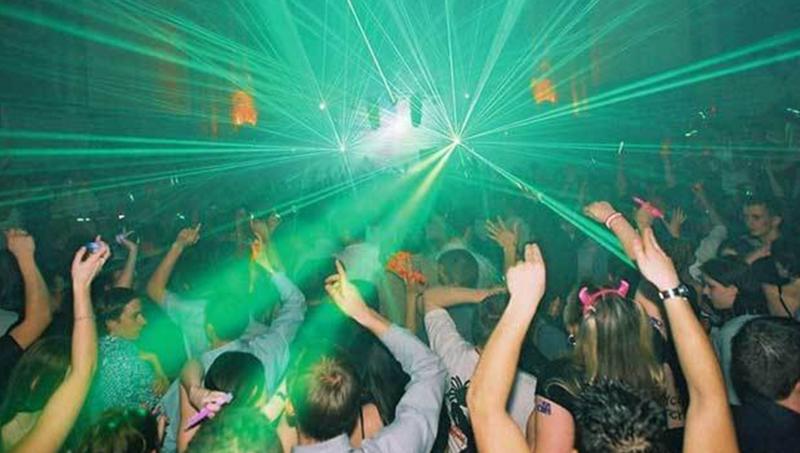 Frankly, I am the type that still thinks that cigarettes are evil, and the girls who date those who pocket one deserve better. I even need auto-correct to type cigarettes correctly.

But being called the ‘naive’ one, and even the ‘anti-social’, I suddenly realised a different kind of life happening even in my hometown, Jakarta – a life so far that I thought it would be happening in another life.

I thought that Australia’s nightlife is a result of a different culture. Maybe I was wrong. Maybe there is no such thing as a ‘different’ culture after all.

Catching up with some old friends this holiday, I suddenly switched my friendly chit-chat to putting on my journalist’s hat. Not long before it hit me how different life as I know it – it is not merely about studies, jobs, partners, families, movies, food, and coffee.

Somewhere along the line, alcohol, shots of vodka and Jack Daniels, and all those dancing and one-night-stand with strangers do exist, and strangely, I now know it not as a distant life that those people have, it is my friends’.

I know him as a quiet, quite good-looking and rich guy who gulps beer like water. It was a friend’s Sweet Sixteen birthday party. Although some of us were not yet seventeen back then, some guys have ordered drinks with weird names that I do not really know what the chemical formula is. Definitely not H2O.

Some drinking games followed afterwards, and this guy, with another, ordered the two biggest jugs of beer I have ever seen, and emptying them in eight seconds time. By then I was wondering where did they get their drinking ability, and of course, what have they done long before this incident.

Another friend confessed that drinking and clubbing are just ways to have some fun. Eight of them go into a club, have their table, order a couple of bottles, smoke shisha, and drink shots – not for a friendly talk, but literally to achieve the desired end-state: tipsy. After getting tipsy, they will then make their way to the dance floor, and dance. And the cycle goes on…

So the first question. “What are you guys drinking?” Definitely not a glass of wine, or two, or maybe three.

“Shots, mostly. Something like vodka, Jack Daniels, or tequila. Tried Bacardi once, but that one literally burns your throat.”

Okay, shots. Vodka is 40% alcohol, Jack Daniels – my best guess is an alcoholic beverage’s brand, and tequila… Some derivatives of those drinks. What is the difference anyway?

“Well, vodka is from Russia, tequila is from Mexico. That’s as far as I know.”

Oh boy, they don’t even know what they are drinking.

Second question, what is shisha?

“It’s really sweet, and it has an effect like smoking a cigarette, you know, feeling a bit ‘weightless’, but definitely lighter. Seriously, smoking shisha is nothing compared to cigarettes – it’s not really harmful.”

I doubted him. I always think of shisha as ‘legal’ drugs at some point, but I just bit my lips. Ok, google it up. “According to a research carried out by the World Health Organisation (WHO), the volume of smoke inhaled in an hour-long shisha session is estimated to be the equivalent of smoking between 100 and 200 cigarettes.” Now, I feel like saying, “Oh man, I told you so.”

A long pause, and the talking continued. “So,” again, I tried not to be too disturbed, “How much do you guys spend for a night?”

They are not yet twenty years old, not yet working, and having part-time jobs are not the culture in Indonesia. Parents? Do they really give that much to their children, knowing where they are spending their fathers’ hard work to? Another deep breath.

Stories were storming in, and while concealing my pure horror with a forced smile and a blank stare, I asked again, “Then… what are you guys doing in the dance floor? Dancing? Literally?”

One explained it as a time when you used to sing in the bathroom while doing stupid moves  – the ones that you do when you are crazy, and stressed.

“The difference is, you are no longer ashamed of doing those stupid things in public, for many others are doing the same thing,” he says.

“The girls are usually not pure strangers. They are usually friends of a friend, and when it’s late, and you’re under alcohol influence, it doesn’t really matter,” he says laughingly, attempting to be humorous.

Still, for this nearly 20-year-old whose her night life experience is as far as drinking soju mixed with beer and coke with a girl friend at 2 am just for a casual chit-chat at our own private place and then going straight to bed, it’s a bit too much to handle.

But I was keeping my cool, and then, another question, “What about our friends – you know, the ones with double X chromosomes. Do they do these stuffs?”

“Some girls do join us sometimes.” This time, I tried not to look so depressed. “But if the girls join, usually the guys are more ‘gentlemen’-style and ‘protecting’ the girls from some crazy strangers, if you know what I mean. Some will try not to be drunk too much.”

How drunk is ‘not too drunk’ again?

Another pause, and then the next question, “Who is going to drive home?”

“The one who is the most sober.”

There will be no one that is sober enough to drive after such a night.

“Well, some of the guys are drinkers. And they can, literally, drink. And then drive.”

“At 4am in the morning? How can they even face their parents in the eyes and tell them where have they been all night, and why are they home so late, especially the girls?”

I guess I will never know the answer.

After more stories of my friends yelling, throwing up, talking nonsense, dancing like an epileptic patient, fainted on the street on the way to the car, being dragged over the parking lot, and speeding home just before sunrise, I wonder in the middle of this silent and peaceful night – how true is the statement “the night is still young” out there.

The ugly truth is, for me, this story may only be a fraction of what is really happening out there.

So much for the sake of having fun.