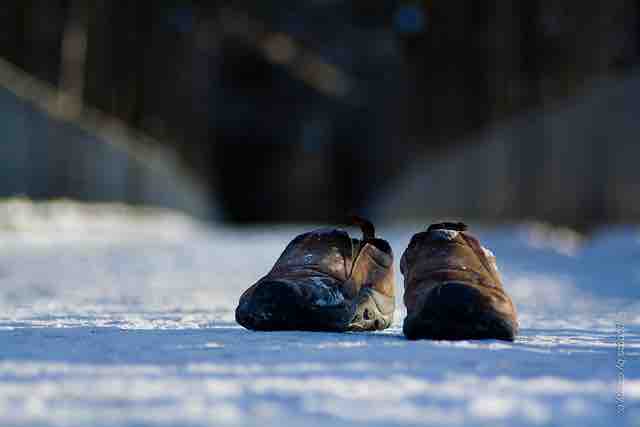 Some months ago, I was involved in helping to run an event. My job was to do the comms work – writing articles, sending emails, updating statuses and images on social media. But if you have been involved in running an event for one hundred people, you would know that everyone would be doing multiple jobs, and not just the one they are assigned to.

That day, I had been working since morning and all that had been going inside my body was one cup of coffee. By one o’clock in the afternoon, I was starving. I headed back to the main room as they would be serving lunch.

The food had come, but we didn’t have enough staffs to help to distribute the food. So I offered to do it. After fifteen minutes, one colleague came towards me and offered to help. I saw this as a golden opportunity, and asked whether he could do my job while I grabbed a bite to eat, and we could swap afterwards.

I took a piece of chicken and some fries and proceeded to devour the mouth-watering food as fast as I could. Then suddenly one of the event coordinators walked towards me.

‘Marcella, are you doing anything after lunch?’ she said.

‘Umm, no,’ I said with a piece of chicken still left in my mouth. I wasn’t even sure what she was asking.

‘Well if you’re not doing anything after lunch then this is not cool,’ she said. ‘The staffs that need to go back straight to their work are prioritised to have lunch first. You should eat after everyone’s finished and not now.’

I was speechless, but managed to say, ‘Oh, I’m sorry. I didn’t know.’ Then she took off, leaving me with a half-eaten chicken and an appetite that had magically disappeared.

I didn’t even know what I was feeling. Sad? Mad? Angry? Yes, of course I was angry. I wasn’t sure how my help was needed as we had enough people serving, and I wasn’t sure why others who had nothing to do after lunch were also gobbling food while chatting happily with the others. I thought I still had the decency to offer help even when I was really starving.

After a few more mouthfuls of chicken, I tossed it to the rubbish bin and relieved some of the people who had been serving food. They took their own plates and left straightaway. People were hungry. Even the ones helping the event needed to eat.

That night, I went home and cooked two packages of Indomie with eggs. But I was still replaying the image of chicken and fries, two-thirds eaten, chucked to the bin. I didn’t have any activity set after lunch, that was true. I knew some staffs who had to go back to their projects straightaway. But I also knew some staffs who didn’t and still had lunch in peace.

So I finally realised why it was bothering me so much: I felt like others worked less hard than me and they got away with it. And the second I tried to step back and work less hard, I got told off.

I finally realised that hard work means nothing if others don’t know how hard you have worked.

So if you’ve worked hard all these time and still feel like you’re not being appreciated, I want to tell you that you’re not alone. And the next time you see your colleague working their ass off, do me a favour: stick a post-it note on his or her desk, saying that they’ve done a marvellous job.

Ps. After telling this story to my sister, she said I need to learn another lesson: stand up for yourself. Well in hindsight, I probably should.