When your age reaches more than 70 years old, and it’s hard to even dress yourself up, or to eat neatly, what makes you happy? 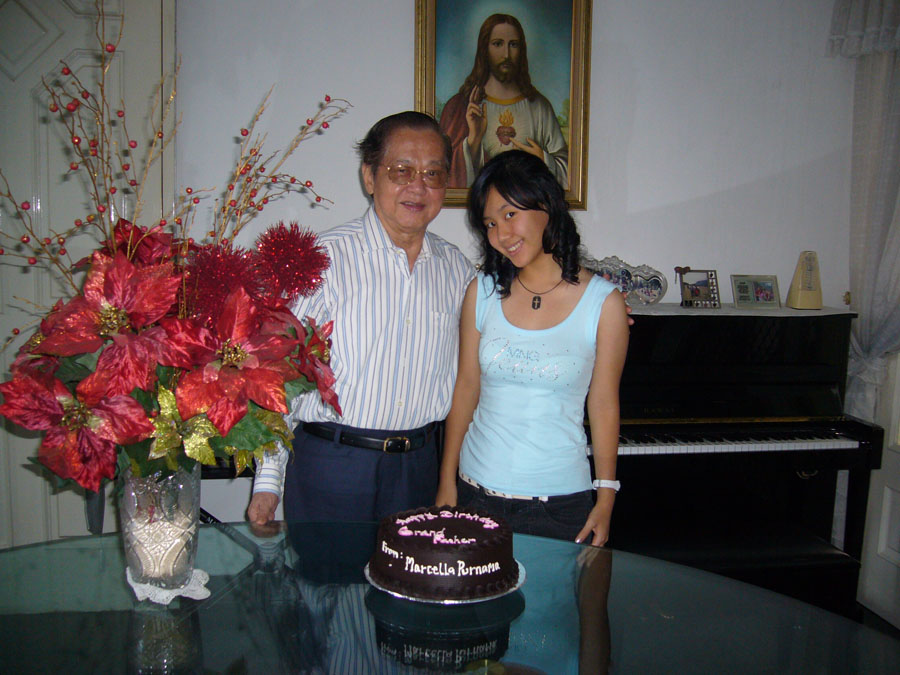 Even when you have money, you can’t really climb those mountains and see the splendour that the universe has given. You can’t stand the cold, and you can’t even be separated from the toilet for more than two hours. And you can’t survive more than 20 minutes walk.

Spending the Chinese New Year at Jakarta with my grandparents from my father’s side, I have realised something that I never really paid attention before.

Their definition of happiness.

Sure, in my age range and perhaps yours, we might think that our happiness is a new car, a prestigious job, or a two-week trip to Europe.

We might even think of how successful we are in pursuing our passion, how often our names have been told out there, how fondly our partner have loved us, or how big the impact that we have given towards this world.

Yet for an old man, his definition of happiness relies on something else.

My grandfather, although has been walking even slower and needs to have frequent rest due to his almost 80-year-old age, still made that trip to the faraway land and bought some fireworks. Not the small ones that you hold in your hands. No. Real fireworks. The big ones. Yes.

It was so dangerous, and I was praying the entire time that the fuse would not tip down. For if it tipped down and flew towards the cars, well, it would turn into a big explosion. And what happened if you were just unlucky and instead of being propelled upwards, the firework got propelled backwards? Instant death.

Oh well, maybe I read crime novels and news about accidents too often.

Still, it was dangerous. Not to say that it was very, very, very loud.

So after finishing my second glass of wine, as the only grandchild that was home, I hid my reluctance and began to accompany him playing fireworks. Of course, it was not me who lighted the fuse; it was my chauffeur.

While the magnificent, colourful (and yet frightening) fireworks started its short life in this earth, I began to pray even harder.

The first, second, and then third firework went up to the black and starless sky. And it never seemed to be finished. How many did my grandfather buy anyway?

Oh, I need another glass of wine.

I watched in horror, while my father has given up on telling my grandfather about the safety precautions about playing fireworks. And as the only granddaughter in field, it was my duty to accompany my grandfather to play fireworks, wasn’t it?

I was about to sulk silently, but suddenly, I caught a glimpse of my grandfather’s face.

He smiled, with his mouth wide open; his eyes sparkled innocently – just like a little child seeing his first firework.

I didn’t watch the rest of the fireworks, but I started to fix my eyes upon my aging grandpa. He was blissfully happy to see fireworks with his granddaughter. Wasn’t it a rare sight?

He gave me the biggest grin ever when all the fireworks had been lit, and I went home. Later that night, while at last sipping my third glass of wine, I asked my father, “Why does Grandpa like fireworks so much?”

My father, although he didn’t like fireworks for they were so hazardous, answered me, “He’s an old man. He likes to play with his granddaughter, who is soon going to study overseas again. I bet he was very happy tonight after playing all those fireworks with you.”

As I silently sipping my 12-year-old Shiraz, I suddenly remembered that when I was a kid, my grandpa was the one who used to play kites with me. He was also the one who bought my first PlayStation for my birthday.

And even though I am going 20 this year, in his eyes I’m still his little granddaughter.

And I will always be.

Happiness, once again, is subjective. But it’s simple.

For an old man to be happy, he just wants to play fireworks with his granddaughter on Chinese New Year’s Eve.