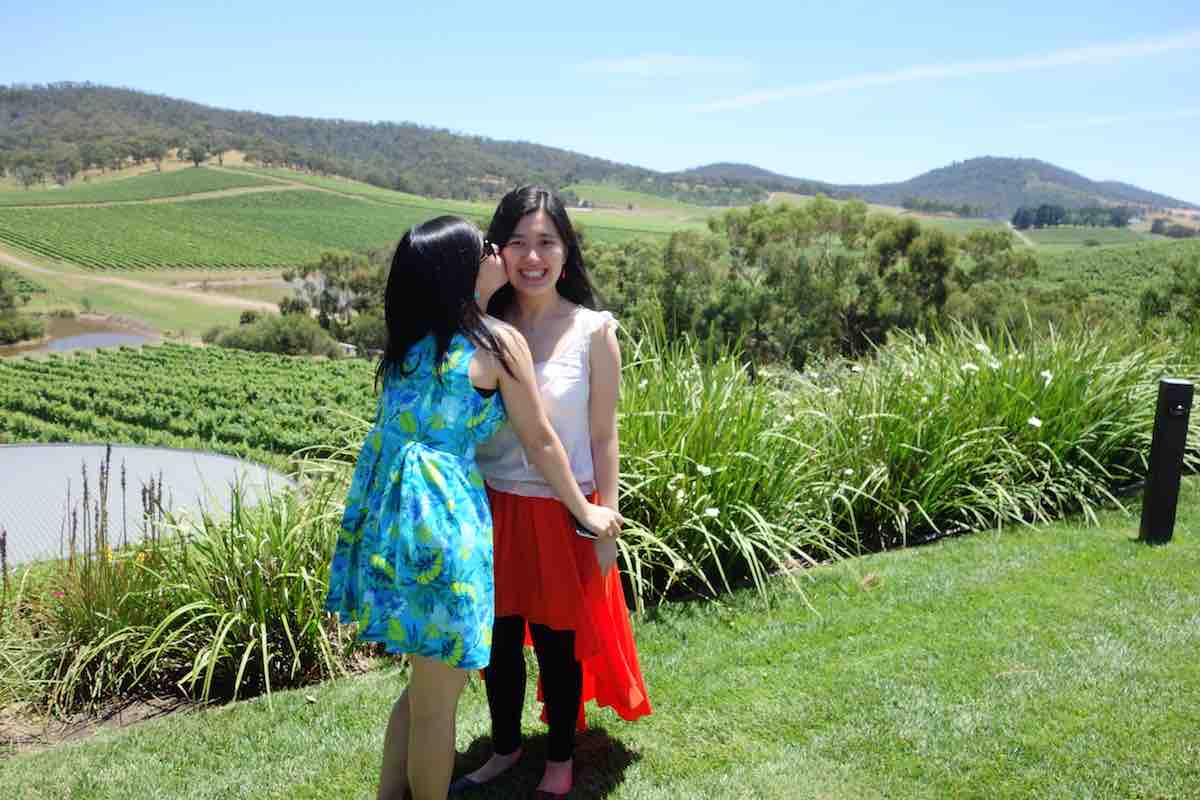 It’s weird that I don’t feel weird to come home to an empty apartment. On the contrary, I feel like everything’s still the same. My teal kettle was where I left it – there on the left side of the couch with my seventeen-hour old cup of Japanese green tea beside it.

I put my keys on the wooden bowl on top of the shoe cabinet, dumped my bag on the chair, reached my kettle and reboiled the water as it was still half full. I changed my clothes. I threw away the old tea bag, rinsed the cup a little bit and reached for another tea bag. I then collapsed on the sofa and turned on the TV. Just another day. Just another routine.

Everything’s changed though. Well, not everything. Something has. Today is the second day of me living alone. I’ve lived alone before, for approximately ten days when my sister went home for the holidays. This time, she went home, but she wasn’t going back to live with me.

My second sister, Jess, who I have lived with for eighteen years, tied the knot two Saturdays ago. It was an intimate ceremony, and it was beautiful. Probably because it was my sister who got married. Probably because I do know half of the people invited. Probably because the vows and speeches were so sweet, to the point that all the bridesmaids and some guests muttered an audible ‘awwwwh’.

And as someone who might or might not have a bit of sister complex, I remember standing on the far left of the pulpit, thinking what should I be feeling.

Should I feel happy? I was happy, of course, for my sister was getting married. I was a little jealous too, as now I’m the only one in the family who hasn’t gotten married.

And should I feel sad? Obviously, I was a little sad because my sister would be moving away – she would no longer be here to give me a ‘smack-down’ morning call, or call me on her way home from work to dictate me what to do with the chicken breast and the broccoli.

Obviously, at that time, I didn’t have the time to actually feel these feelings. That Saturday, I was feeling caffeine. Or to be precise, the lack of it. I woke up so early and had so little sleep that I felt like I went through that day purely on adrenaline. Plus, I had to make a speech during the reception, so it’s suffice to say that I had an unhealthy combination of consuming coffee and alcohol at the same time.

Now that I have some time to actually sit down and write, I still feel nothing’s changed. There are still piles of laundry, albeit the clothes are now all mine. Her room is empty, yes, but the flowery bedsheet is still hers. And despite her saying to me that she has thrown away a lot of her books, I still feel like there’s no improvement on our ever-growing bookcase, which is supporting more books than it could handle.

There are still her pictures on the wall, hanging on top of our TV – photos of her graduation, of our first sister’s wedding, and a photo of me and her at a restaurant while holidaying in Europe.

I still received texts from her, well, I did ask whether I could have Codral day at night (she is a medical doctor), because I’m pretty sure that my body had put all-nighters for the past two weeks as my extended family is around. And now that they’ve all gone home, I crash.

Probably nothing really changes. Probably something does. She’s somebody’s wife, of course, and her top priority is now him. But looking at our pictures together, I guess she’s still my sister.

And as her little sister, probably I would still bug her for lunch. Brunch. Dinner. Supper. Something. Probably we would have coffee next week where she would tell me what it’s like to be someone’s wife, and teaches me a lesson or two, just like she always does.