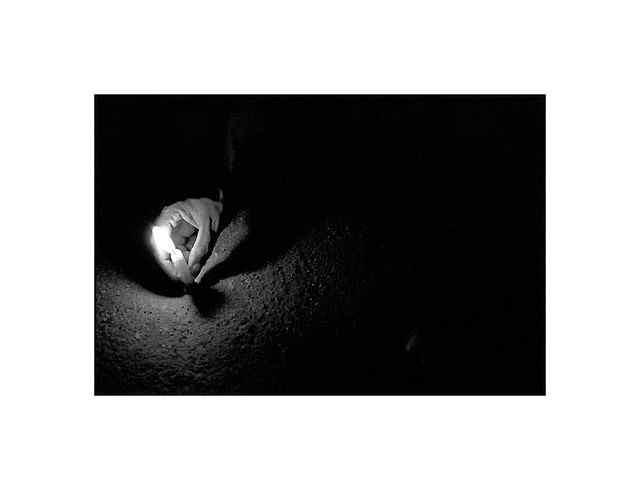 Marie walked onto the stage. She was a woman in her late thirties, and from the outside eyes, she was just like you and me, wearing glasses with black frame, having straight, black hair that rested on her shoulder.

With eyes looking down on her paper, Marie said, ‘I would like to first give a disclosure: I’m not condemning the Indonesians. I have forgiven and moved on. But this is my story of growing up in East Timor, and how I became a refugee here in Australia.’

She looked at us expectantly. The crowd sat in silence, with occasional whimper of children echoed in the auditorium hall. She began again, ‘I grew up in East Timor. When I was nine, the Indonesian military attacked us. Bombs were dropping. I was nine, and I was no stranger to seeing decomposing bodies on the street, sometimes with bullet wounds.’

Marie told us that her father, who was only fifty at that time, had lived through three wars: the Japanese invasion, the civil war and now the Indonesian invasion. Her oldest brother used to work for the resistance army, and one day he didn’t come home.

‘It was the longest day of our lives,’ Marie said. ‘We had to pay a lot of bribes to get information of where he was, and to pay even more for his release from the jail.’

She continued to tell the story of her sister. ‘My sister, who operated a shop in the city, was attacked. The army robbed the shop, and took all the female workers outside.’ Marie paused for a while, and uttered the next words with quivering voice, ‘We didn’t want to think what would happen to her, should a civilian not stood up to them that day. A man in civilian clothes told the army to release the female workers, and after some banters, they did. My sister came home.

‘That was when my Father decided that it was time to flee.’

Marie continued her story methodically, as if it had been rehearsed a hundred times. Probably, probably that was the only way she could tell it. At times, though, she failed. She choked between a word or two, but her eyes showed determination. She wanted us to know.

‘If you have never walked in our shoes,’ she said, ‘please, please do not judge us.’

Marie’s story was a hopeful attempt for others to listen to her, to other refugees; it was a plea for compassion. While she had the opportunity to live the rest of her childhood in Australia, her childhood had been taken away from her. Like other refugees of war, she was traumatised, and then worked towards reconciliation and healing. She was wary of the military, but the nature of her work included constant dealing with them. Marie had a transforming opinion on the forces that dedicated their lives to uphold peace, but that was years later.

She then addressed all the parents in the room.

‘Parents, let me ask you, is that a place where you want your children to grow up in? My father made a very hard decision to go to the people-smugglers to flee the war-torn country. There is courage in leaving.’

Then, as if knowing the common perception about why refugees left, she continued, ‘We did not flee because of poverty. We fled because we wanted better lives, because our lives were in danger. In 2002, East Timor gained independence, and the number of refugees coming to Australia from there stopped. The majority still lived in poverty, but they no longer fear for their lives and their children’s lives.

‘Refugees flee the country because they have no other option left.’

Marie took out a white handkerchief, and wiped her cheeks. It’s been twenty, thirty years on, and she remembered the days from her childhood not as a happy memory, but as a reminder of the failure of humanity. She told us that it was hard for her to share her story, but she wanted us to listen. She wanted us to know so that we can pass it on to others – so that we can learn from it, and more importantly, to learn to love. To learn to be compassionate to others. To learn to understand the refugees’ situation, and not just condemning them as the boat people.

‘In a moment, the lights will be dimmed,’ she said. ‘I want you to ask yourselves, what would you do if you were placed in our situation? Just think for a moment, and put yourselves in our shoes.’

With that, she withdrew from the stage, followed by a silence where people began to appreciate the good lives that have been given to them – followed by a hope that perhaps, we could become kinder to others, to listen to their stories, to learn and to love.

Author’s note: Marie, albeit not a real name, is a real person. I had the privilege to listen to her story when attending the Church Unite event on Sunday, 25 October 2015. She told us to pass on her story to others so that more people can exercise compassion instead of judgment. I want to do just that.