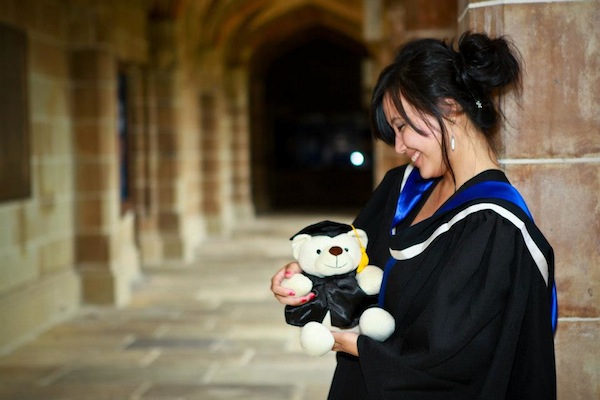 The three of us sat at the dining room with papers scattered everywhere. It was a sunny January day, and the humidity of the weather in Jakarta made us sweat easily.

I was wearing a blue Balinese shorts and a white t-shirt. Dad was in his usual black t-shirt that had turned to grey due to spending too much time in the washing machine, and there was my oldest sister in pink t-shirt and purple shorts.

She took out a blank paper and started writing, just like a secretary in a meeting who notes down the possibility of profit or loss due to the company’s decision. My Dad couldn’t sit still. He swung around his feet, changed his sitting position from leaning back to leaning forward, and occasionally walked around the round dining table made of glass.

I sat down. Head leaned on the chair, arms and legs crossed. We had been talking for twenty minutes, and yet the same questions, only in different phrasings, were asked.

“Are you sure you want to take that degree?” my Dad asked for the third time, looking at me as if confused. However, I detected a hint of surprise at the corner of his eyes.

“Yeap,” I replied, eyes down, looking at my sister’s scribblings that were almost finished.

“Here it is,” my sister said while turning the pen. “The pros and cons.”

She held the paper up, letting my Dad and I to see. There were three sections: Biomedicine, Business, and Arts.

Below the Biomed section, she wrote job security and steady wage. In business, she wrote easier to make big money. In Arts, well, to be honest, I don’t remember what she wrote.

“If you study science, chance is you will not be jobless,” my sister said. “The market is there and it is a very steady division. You will get good wage but it is harder to get big bucks after a certain point.

“In Business, the entry level will require you to compete with a lot of people and you will make less money for starter. But in the long run, it will be easier to make big bucks as there are a lot of opportunities.”

My Dad tried to study the paper. Both of my older sisters have been in science – my eldest in Bioscience and my second sister in Medicine. I was a pure science student in High School, too. But now, his youngest suddenly blurted out that she wanted to try her luck in pursuing an Arts degree, giving a proposal of majoring in Psychology and Media and Communication. He might have never heard of the subjects until then.

“Why do you want to study Arts?” my Dad finally asked. It was, after all, the million-dollar question.

I was silent, thinking of wise words to say and logical reasons to give. I had none.

“I just knew that I don’t want to end up in Science my whole life,” I finally said.

“I don’t want to spend the rest of my life studying research papers and conducting them.

“I am good at speech and presentation, I think I will do well in media.”

“And I’m always interested in personality, I think studying Psychology will be a good additional knowledge.”

My sister then got up from her seat and was busy doing something else. My Dad thought for a while, and seconds later, he said something that changes the course of my life.