When I was in High School there was this huge debate about whether or not you believe in white lies. You know, the lies you tell others to soften the blow or for the greater good. Grandma will be happier if she doesn’t know about her fourth stadium cancer. John doesn’t need to know what others talk about behind his back, he will be crushed.

And when it comes to explaining ourselves at work, how many times do we just vaguely answer the questions? No, we are not lying. Just sugar coating or not answering directly. That’s not considered lying, right?

Then there are the lies you tell when you are in a relationship.

You know the things that will trigger a fight if you say them like black on white. So you end up saying, “I’m watching TV,” instead of telling her that you are currently on the fifth consecutive hour of video gaming because you know she hates it. You say that you’re tired and wanting to sleep to delay an all-nighter fight with her.

And these are all the small things. What about the big ones?

Lying about going to that concert. Sugarcoating stuffs and say the things she wants to hear instead of what you actually feel. 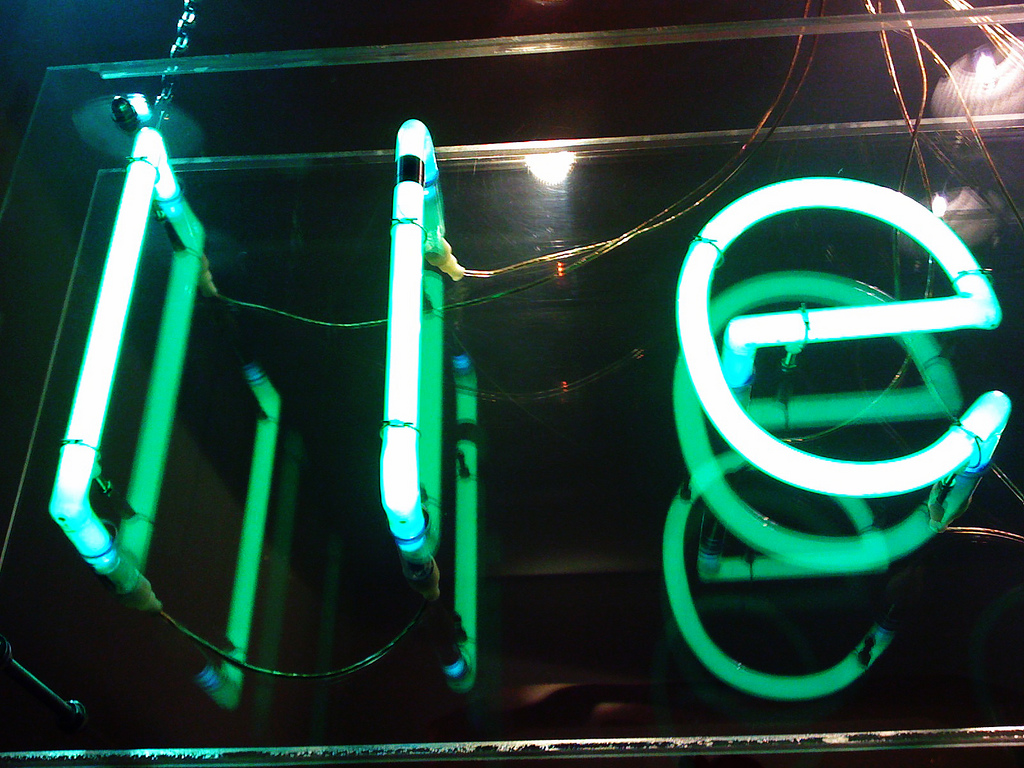 The thing about lying is that when you have done it once, you will do it again. It’s addictive and if you can get away with it, why wouldn’t you? It’s for the greater good anyway, the things she doesn’t know will not kill her.

Randy Pausch once said that if he could give his students one piece of advice it will be this: tell the truth. If he needs to add another advice, it will be: all the time.

Tell the truth all the time. Now, that is hard.

Telling the truth means being an open book, and it’s not the easiest, not even the most natural thing we do.

Children are never taught to lie and yet they have the tendency to cover up their mistakes by pinpointing their siblings, or making up creative reasons about that pot to somehow be magically shattered on the floor.

But guess what? Someone will always find out. And that someone finding out your lies is worse than telling the hard truth the first time.

My boyfriend is extremely gifted at this. It is my blessing, really, to have a man with such instinct that helps me to tell the truth. I have lied to him in the past and trust me, it was ugly. And he always knew when I lied.

I have inflicted wounds for lying but covering the tracks is not going to help. Honesty is. It is the first step towards healing.

To tell or not tell the truth. It’s a conscious act of choosing that we have to make every single time we are presented with the opportunity to distort the facts. But if I may offer a piece of friendly advice, always choose to tell the truth. Because the harshest truth is still better than the sweetest lie.

Plus, you won’t need to remember a single thing.