Trailer’s been out since last year and after a long, faithful wait, the movie Flight has finally been screened at my local cinema. 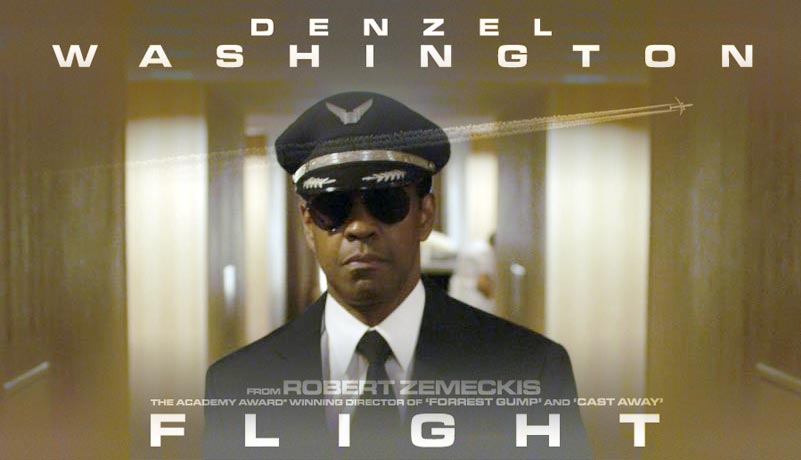 Starring Denzel Washington as Captain Whip, an alcoholic pilot who has remarkable instinct and flying skills, Flight (2012) ticks all my former expectation. Secretly, though, I am longing for something more.

The scene starts as Captain Whip walks to the doomed plane. The plane has surpassed its capability to fly; maintenance is never checked; its lifetime overdue.

Storm is strong and yet despite the weather, they make it. Yet after forty minutes, the engine starts to fall.

One by one, the things that can go wrong, go wrong.

In split second guided by instinct, the calm Captain Whip leads them through the calamity. He flew the plane, inverted, as a mean to slow their speed and make a crash landing.

Captain Whip lands that plane like no one else can ever do. 96 out of 102 people survived.

But ironically, he is drunk when he flies that doomed plane.

The next chapter of the story is the one that you must see for yourself. How the legal system works; how a man who has saved lives can’t save himself.

How a man tries to seek redemption.

How one tries to fight by himself, but couldn’t.

How one answers the one question of life, “Who are you?”

Would you be defined by your profession, your family, or your status?

Flight is a great movie. However, I really think it has the potential to be marvelous.