The trainer said, “Exactly!” and they talked about how cooking could be difficult, especially with children on board. He connected with her deeply at that moment. (Remember, we were being taught on how to empathise with our difficult customers.) My colleagues and I laughed, because we can definitely relate to that story as well. We all have our moments of opening the fridge and not knowing what to cook, so we just stand there for ten seconds before closing the door again.

Cooking is so much more than just cooking. Cooking means planning meals, shopping for groceries, prepping ingredients, and doing the actual cooking. Then after our stomachs are full, there will be dishes to wash. 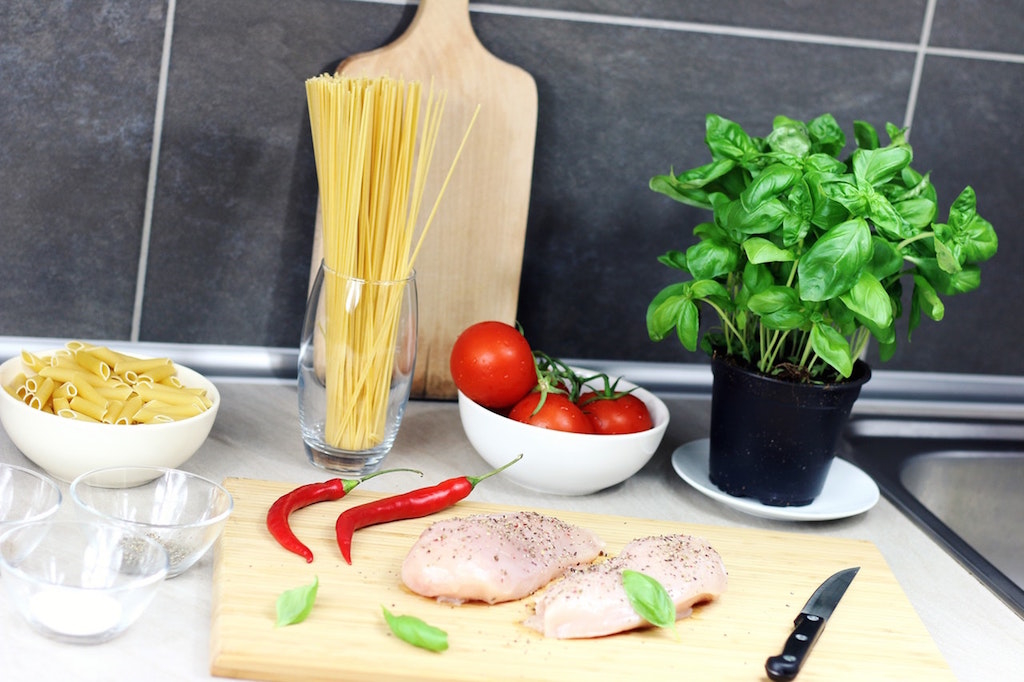 I grow up with a mother who cooks.

My childhood is spent on my parents’ round dining table, where I enjoy multiple dishes of simple-yet-delicious food which I still crave until now.

There would always be stir-fried vegetables, a few meat dishes, and other side dishes—things like corn fritters, soup, and egg omelettes. Every weekday, Mom would wake up early to cook for our (my two sisters’ and my) school lunches. By the time we arrived home, cut fruits would be waiting for us, and then after my Dad came home we would all eat dinner together.

I grow up with hearty home-cooked food, and I never know any other reality. I’ve always assumed that other families do similar things. One of my closest friends told me that my Mom is not quite the norm—her mother hates cooking and they always have catering. Even then, it has never dawned on my young mind the amount of effort it took to cook for the family.

When I got to uni and started spending holidays at home, I began to see the cooking-for-family process more clearly. Mom would occasionally ask me to accompany her to go to the local wet market, and sometimes I would say yes. These times, my Dad would also tag along, and we would have breakfast at the noodle shop before my Mom goes on to buy groceries: an enormous quantity of fruits, vegetables, meat, and eggs.

I’ve asked her once if she enjoys cooking. She tells me that she learns how to cook just like me: when she gets married and has to feed the family. Yet she never quite answers my question. I realise that cooking is not her hobby, and I don’t think she ever really loves or enjoys it. Mom cooks because she has to, and because she loves us—it’s her way of showing her love towards her family. She would eat the odd pieces of chicken while giving my Dad, my two sisters, and me the best cuts.

Mom was always annoyed if we didn’t finish the food, hence forcing us to eat more to ‘finish them’. I was annoyed too, because I was full, and I didn’t want to eat more, but felt like I had to. I didn’t understand it then, but I do understand it now: certain leftover food would never taste as good the next day, and they would end up wasted, and it felt a little bit like her efforts—her love—were being wasted. It’s exactly how I feel now when I have certain leftovers. Honestly, I feel like I’m becoming more like her, pestering my husband to finish the last two pieces of corn fritters because they would never be as crispy as they are right now. 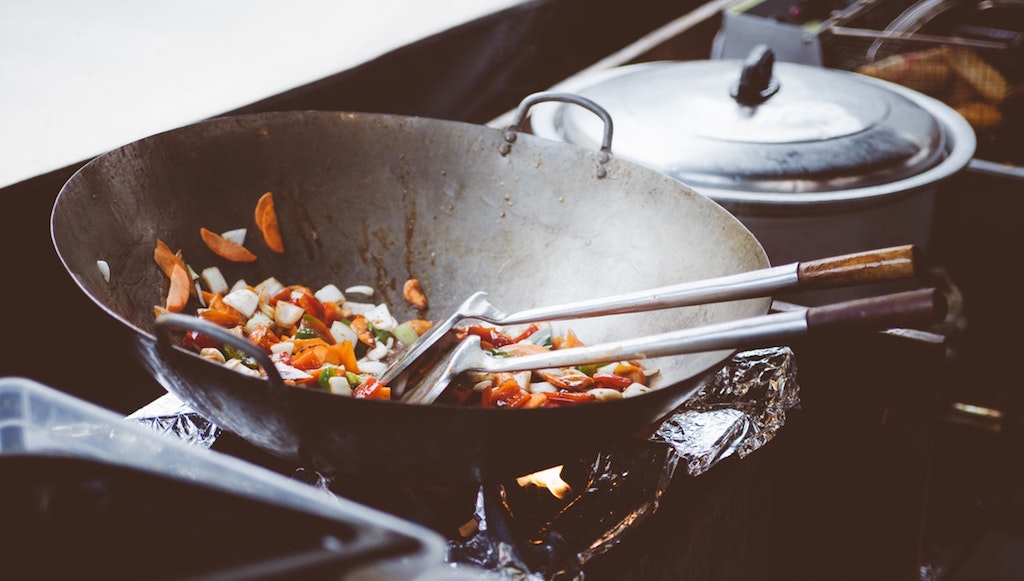 I’ve been cooking more, almost every weeknight, but I can’t quite say that I love cooking. And I don’t think I’m a good cook—not by the professional’s standard anyway. Sometimes, I still see cooking as a chore. My husband wouldn’t mind doing takeaways, or even having instant noodles every other night, but apart from the obvious reasoning in cooking (saving money), I actually want us to be healthy as well. Hearty food is not only good for the body, it’s good for the soul.

Yes, I’d say that I enjoy cooking. But it’s not exactly the cooking process itself that I enjoy—it’s the realisation that this is how I show my love.

It takes time to buy groceries. It takes time, and effort, to think of what to cook—to prepare meat, vegetables, fruits, rice, pasta, and other stuff. It takes practice to not feel daunted by the task. It takes multiple trials and errors to figure out what staples you actually need in your pantry. And the list goes on.

Cooking is labour. Probably it’s not if you’re one of those people who genuinely love cooking, but for people like me, like my Mom, like the trainer in my story, it certainly is. And sometimes, the ones we love might not know or understand that labour. We still do it anyway.

Adam Liaw, one of my favourite chefs, wrote this in one of his cookbooks:

For me, there is no more worthwhile labour in a kitchen than feeding a family. Choosing dishes, collecting ingredients, and applying time and effort to the task of preparing a family meal gives a result so much more than just a full stomach.

And isn’t that just true?